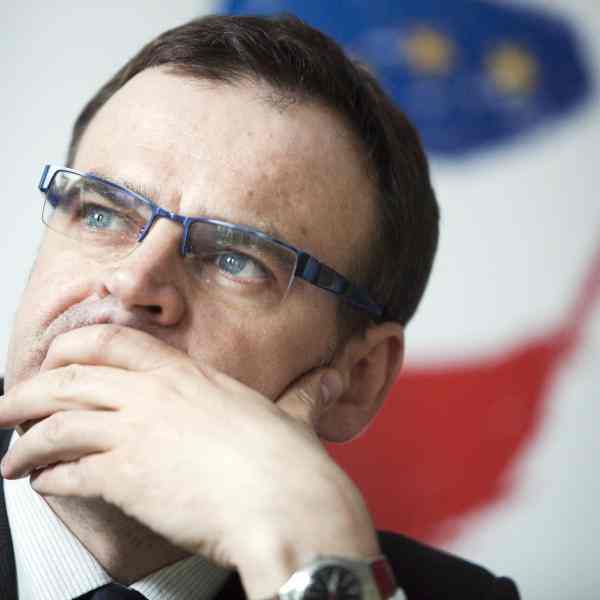 Starting in the Solidarity Movement underground before 1989, Pawel was the first in Poland to work toward the cooperation of business and government with the civic sector. His organization, the "Academy for Philanthropy," encourages business to invest in civil society, and at the same time promotes the professionalization of the civic sector's organization, management, and resource acquisition. To achieve these ends, his academy operates a multiple education and consulting program targeted at business, NGOs, and youth.

Pawel calls his idea "building a smooth gearbox" between business and the civic sector. To develop creative cross-sector cooperation, he has launched a comprehensive program to inform Polish business about opportunities for investment in local non-profit organizations and to heighten their awareness of the advantages they could derive from such investments (such as public image enhancement). At the same time, Pawel is educating Polish NGOs to help sharpen their entrepreneurial skills and make their programs comprehensible in rigorous business terms. Finally, he aims to educate youth and business students in order to build social awareness early in their careers. His program addresses a new and particular need: the present withdrawal of Western foundation money from Central Europe is making Polish NGOs dependent on local businesses as their primary sources of funding.To complement his educational projects, Pawel has also initiated a number of community funds to facilitate private sector investment. Together, he hopes his education campaign and community funds will redefine the relationships between private and civic sectors completely. Whereas the predominant paradigm currently revolves around the idea of charity-a notion that carries little appeal for Poland's nascent (and by no means wealthy) private sector-Pawel wants to press his alternative idea of "social investment." Social investments promise returns in the form of positive PR and tax writeoffs, and if popularized, can help transform relations between private and civic sectors throughout Poland.

Both the Polish business and non-profit sectors have developed rapidly since the economic and political transformations in 1989. As is well known, the previous totalitarian regime had purposely and methodically destroyed all economic and civic initiatives, imposing economy and social life "from above." Since 1989, however, the increase in initiatives "from below" has sky-rocketed. Whereas all business ventures were owned by the government before 1989, 333,213 have since been privatized, and only 2,269 remain in the hands of government. What's more, there are 30,000 officially-registered civic sector ventures and two to three times as many that operate unofficially. Both sectors, however, have developed in isolation: non-profits have not made an effort to understand the challenges of the market and of long-term sustainability, and business remains focused strictly on short-term profits margins.

For the most part, Polish NGOs deal with particular, circumscribed social problems without seeking to make their work transparent to business. Most often, they do not see the social problems they are working on in a broader context that includes business, and therefore deal unimaginatively with the search for funding. They consider themselves charities, and like business, they neglect opportunities for mutually beneficial cross-sector collaboration. So long as Western aid to Poland was plentiful, these were not highly visible problems. Today, as Western aid is pulling out of Poland, they have become crucial to the success of the Polish civic sector. NGOs now must approach businesses for donations, and they do not know how: their appeals are disorganized, out of synch with business' point of view, and they often result in refusals or in accidental support of marginal programs. Not only do these trends directly inhibit the growth of Polish NGOs, they also promote a negative image of the civic sector which only deepens its financial difficulties.

At the same time, business is neither informed about the legal issues/tax reductions related to supporting NGOs nor about the possibilities of image-building through cooperation with the civic sector. By educating both groups and also youth (future entrepreneurs), Pawel seeks to break through a historical obstacle that has long plagued Central Europe: mistrust and the lack of cross-sector communication and cooperation. People in the civic sector underestimate or dislike a "market mentality," and business people view NGOs as unreliable do-gooders who do not know how to work efficiently.

Since 1997, Pawel has become convinced that the next vital step should be devoted to developing links between the civic sector and business. In 1997, he initiated an informal think tank to develop new, local fundraising strategies in Poland. To implement its ideas, Pawel launched the "Academy for Philanthropy." This new venture focuses on professionalizing NGOs and informing business, with additional emphasis on the creation of community funds tailored to the Polish (and regional) contexts.

From the start, Pawel understood that simply bringing representatives from NGOs and business together was not effective. Experience taught him that very little came from such meetings. Instead, Pawel's has designed specific programs and a menu of services for each of his primary target groups: NGOs and businesses. First, he pursues private sector investment through the following means:


To establish links with donors, Pawel launched a Donors Service Agency which provides consulting (with the help of advertising agencies, business consultants, accountants, and lawyers whose support Pawel has recruited) to the private sector. The consulting aims to develop an appreciation of the advantages of "social investment" as a profitable practice. This project is already beginning to yield funds for future sustainability. In 1998 and 1999, a minimum of five for-profit ventures will incorporate philanthropy into their advertising strategies and 100 others will be trained to do so.

Pawel further entices the business sector through an annual award: in the Spring of 1998, the first "Donor of the Year Award" was given. 180 business people were nominated, and 400 others are expected to be nominated over the next 2 years. The award winner's products carry the logo of this award, which can be incorporated into a broader public relations strategy.

Second, Pawel's organization caters to NGOs and their long-term sustainability by using information gathered from businesses to develop a variety of fundraising strategies appropriate to the concerns of the private sector. In so doing, Pawel encourages NGOs to eschew their limited, subject-driven perspectives on social development and to learn the vocabulary of the private sector. Pawel is the first to develop such an initiative in Poland.

Once the opportunities for cooperation are clearly defined, Pawel makes use of Community Funds Centers to facilitate social investment. The funds are adaptations of the familiar western model-they represent endowments out of which grants and low- interest loans are provided for NGOs. Unlike most western funds, however, Pawel's involve the cooperation of three principal parties: local governments, businesses, and NGOs. Feasibility studies and pilot local community funds began in 1997 and 1998. Over the next two years, the representatives of five to ten towns will be trained to develop and manage local funds and form a network of community fund organizations.

The following is an example of one community fund, the Snieznik Massif CF, and the activity that surrounded its creation on October 3, 1998:


Meetings were arranged with 120 local business representatives regarding issues like: the status of the organization under the polish law, the tax reductions associated with donating to the CF.
Workshops entitled "How to recognize local needs and how to write grant applications" were arranged for local NGOs and local government leaders.
The CF managers participated in training sessions organized by Pawel's Academy of Philanthropy.
Study visits and workshops (financed by USAID) were arranged for the academy members themselves in the United States, Great Britain and Slovakia, to further educate them about the management of community funds.

The steering committee of the Snieznik Massif CF consists of 30 persons: local government activists, businessmen and local leaders. During one month since the inauguration of the fund, it has gathered 13,000 USD. Moreover, local governments have pledged an additional 9,000 USD. The Snieznik Massif CF cooperates closely with the local media, and several stories (print and TV) have resulted from their cooperation. As is evident from the above list, it is not the fund itself but the extensive consulting and educational initiatives that will most transform prevailing conceptions of cross-sector cooperation, and it is in organizing these initiatives that Pawel has demonstrated his project's uniqueness.

Finally, Pawel believes that youth training can function as an important proactive strategy that will help avoid future misunderstandings between sectors. He has therefore developed a training program aimed at increasing the entrepreneurial skills of young people and at the same time to encourage in them a social awareness and responsibility. In the next two years, over 100 young people will be trained.

To disseminate Pawel's ideas more broadly, the Academy for Philanthropy has created a publishing house. In 1997, the first series of books were published to educate local communities about creative solutions to social problems. Pawel's own organization consists of a trained a core team of eight people, and it rests on the brink of important expansion: an additional 25 people from all over Poland are being selected for training beginning this year.

In High School, Pawel initiated a sailing group for troubled youth and was active in theatre groups. After High School, he had to work to support his entire family because his father was incapacitated by a series of strokes which he believes were the result of the persecution he suffered at the hands of the communists.

In college, he was involved (pre-1989) in the illegal Solidarity Movement. He organized its committee for cooperation with the civic sector. In 1990 and 1991, he trained Poland's first free Parliament members to understand the importance and needs of the civic sector.

After 1991, Pawel worked for the Ministry of Labor to organize cooperation with NGOs, and then as director of the PHARE fund which was aimed at promoting cross-sector cooperation. From 1995 to mid-1998, he served as director of the Democratic Network Project of the Academy for Educational Development. He has recently left that position to focus full-time on his work with the Academy for Philanthropy.