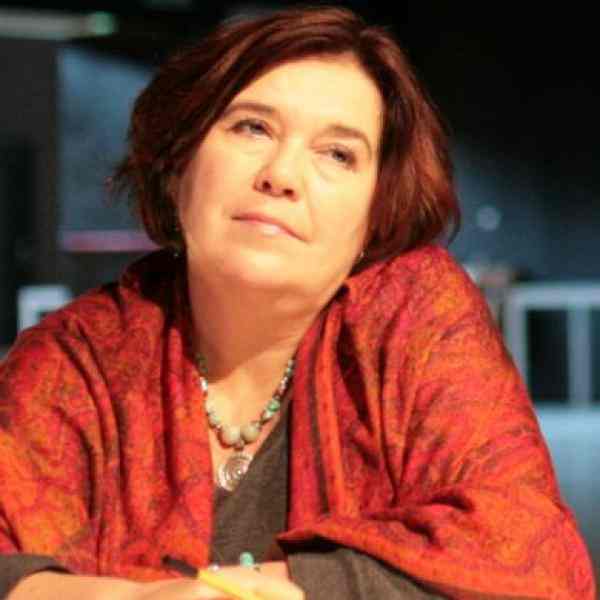 Katarzyna is developing a family-centered obstetrics system that provides quality services to pregnant women and their families. Her approach brings childbirth back into the home as a significant family-bonding and education process. By training midwives and developing the profession in Poland, she seeks to create a healthier culture of childbirth that promotes empathy, understanding, and good parenting.

Katarzyna is developing an alternative obstetrics system based on independently working midwives that provide full care to families expecting a child. By training independent midwives, revitalizing the profession of midwifery in Poland, and working with medical institutions and families, Katarzyna ultimately seeks to bring dignity back to the child-delivery process and promote child birth as a family bonding experience that marks the beginning stage of good parenting.
Faced with lack of empathy and strong opposition from obstetricians, Katarzyna is working closely with midwives, women and their families to make home childbirth a viable option and promote childbirth outside hospitals and medical clinics. Through a growing association of midwives, she is raising awareness about the value of home birth and once again making it a viable option for pregnant women across Poland. Childbirth houses in southern Poland offer the highest quality child birth care, and act as training and workshop centers for midwives looking to work independently in Poland. Partnerships with willing medical professionals and well-designed media campaigns are once again bringing trust and legitimacy back to the profession of the midwife. With Katarzyna’s leadership, Poland—and eventually, other neighboring countries—will begin to view home birth as a healthy, inspiring process that is preferable to the institutionalized childbirth tradition that has become mainstream.

Contemporary models of obstetrics function well in the medical and technological aspects, with children born today enjoying greater chances of survival each year. However, systems that were designed for pathologies have now become standard, with pregnant women sentenced to a rigid national health system, often subject to experiential excess of pharmaceutical and technical interference which causes them more harm than good. While doctors are interested in the physical wellness of pregnant mothers, they often neglect their mental and emotional state at a vulnerable time. In ancient times expectant mothers were typically in the custody of their mothers or grandmothers, at home, among family members. This setting gave them the security and belonging that is missing in modern hospitals, where women deliver their children in an anonymous environment surrounded by strangers. Rather than giving birth in an environment meant to treat illness and disease, they were experiencing this wonderful moment in a place of joy and love.

As childbirth moved from the home to the hospital, the role of the midwife in modern societies has nearly vanished. In Poland, despite the fact that in the early 1970s all hospitals had childbirth rooms that were run and managed by midwives, nowadays midwives in Central Europe are treated as secondary staff, poorly paid, and too economically and socially insecure to help mothers and their families experience childbirth in the most positive way. Over the years, despite legal reforms and protections of various kinds, midwives have been losing their power and independence. Today, many have lost faith in their profession and in the importance of their role in society. Most in Poland and in Central Europe are confronted with ostracism from obstetric doctors and medical circles, with dozens of instances in the last decade of midwives caught assisting with home births and persecuted by local doctors and hospital staff.

There is a great need for a reconstruction of the professional identity of midwives and their independent practice, beginning with a change in the mentality of women—from passive victims of their motherhood into the one seeing the support and empowerment in qualified independent medical personnel. There is a need for social pressure to transform the birth delivery process into an important event that becomes a source of inspiration, creativity and power for the whole family.

Katarzyna’s ultimate goal is to ensure the most enriching experience for women and their families around the experience of childbirth. Women would have the option of using midwives as an alternative to hospital births, and midwives would be well-trained, trusted confidants by providing individually tailored care for the expectant family at their home or at a chosen birth house. Well-prepared midwives can provide invaluable assistance to mothers and families throughout the pregnancy, delivery and post-delivery period as well as educate about birthing and child rearing practices from the very beginning. At its best, home births can create a tremendous bonding experience that helps develop the roots of empathy and understanding in families and societies; the benefits of which run deep.

Katarzyna began her quest for more humanized obstetrical care first by developing a prenatal class for women and their partners. One of the options she provided was childbirth at home; she was virtually alone in this service. Over the next decade, she developed various classes carefully, learning from each couple and each experience exactly what was required to provide truly valuable care to the many different individuals and couples and families who were going through the birthing process.

From the beginning, Katarzyna faced stiff resistance. She was ostracized by medical doctors. She had great difficulty getting health contracts from the government (necessary in order to get paid by the national health care system). Because of this, few women were willing to choose home birth as an option. Other midwives were fearful of following in her footsteps because taking on medical professionals and governments was such an ominous challenge.

As she continued to develop her own skills and techniques through her individual practice, Katarzyna searched for a venue in which she could improve the situation for women and for midwives overall. She found that teaching good techniques was not enough. Few midwives felt safe going in new, more independent directions. Organizing a small group of midwives to change the law (originally set in 1928), was also not sufficient. She discovered that trying to eke out a place in the Chamber for Nurses and Midwives where nurses outnumbered midwives by 10 times did little to enable midwives to follow new paths.

In 2000, Katarzyna realized that midwives themselves needed to first and foremost believe in the authority of their profession and the value of their work. With the strength of the new law that she helped create—a law that authorizes midwives to run practices independent from any particular doctor or hospital—Katarzyna turned her attention to building the competence, independence and confidence of the profession of midwifery itself.

She is approaching the task from the bottom up, building on her own well-tested techniques as well as her growing knowledge about how to reach out to broader and broader audiences. Over the last several years, Katarzyna has organized a series of conferences (averaging about 2,000 participants) on the role of midwives in the child bearing and delivery process. She has begun training and educating midwives on home childbirth (more then 300 midwives so far) as well as training child-bearing school instructors. She organizes training and educational workshops to change the mentality of midwives to encourage them to become independent and to break the resistance of the obstetric doctors, who are defending their social and economic positions in hospital.

Katarzyna has developed partnerships with several organizations where she had introduced midwives’ education as a critical component of systemic change in the obstetrics and psychological experience of child birth. She is gaining increasing support both from midwives as well as pregnant women around the country. From this base of strength, in 2004, she organized a more formal association, beginning in southern Poland, made up of a launch group of 20 strong midwives. Her association is growing quickly and is aims to become an organization that can support midwives’ needs and to provide homebirth and to assist the family throughout the childbearing time.

In the next 2 to 3 years, Katarzyna plans to open two childbirth houses in southern Poland that will provide real alternatives to hospital childbirth and act as training and educational centers to train professionals as well as families on motherhood and childcare. She hopes to encourage the opening of more childbirth houses in southern Poland and the rest of the country. Experienced midwives will become trainers to educate young graduates of obstetrics schools to incorporate in their curriculum emotional and psychological aspects of childbearing and delivery.

Beyond educating and training midwives, Katarzyna is working with doctors and other personnel of the medical system. She has been identifying doctors who are ready to cooperate and invites them into her network. She sees doctors as partners in rebuilding the prestige of the midwife profession as well as in providing the total care for a pregnant woman and her family. She is beginning to search for new ways to get contracts from the National Association of Health (the health insurance system in Poland) for midwives who wish to work independently from doctors and hospitals.

In addition, Katarzyna is developing tools such as a Web site to build a platform for communication where midwives and other medical personnel can exchange ideas and discuss the challenges of their work. Finally, over the next 5 years, Katarzyna will focus on building the prestige of the profession itself largely through publicity and through targeted educational programs for medical students. She is currently designing formal educational materials for potential midwives and women thinking about home birth.

While the majority of her initial work has taken place in Poland, Katarzyna is looking well beyond Poland, already strengthening her cooperation with neighboring countries, in particular the Czech Republic and Slovakia. Childbirth issues and lack of empathy have no borders, and she ultimately seeks to change reproductive health practices throughout Central Europe.

Katarzyna grew up with individuals of strong personality and passions who excelled because of their determination and perseverance. She was no different. In primary school she initiated a support group for the weakest pupils in class, and helped establish a chapter of the resistance movement at her parish in Mikolow.

In 1982 Katarzyna enrolled in the undergraduate school of obstetrics and this soon became her passion. After graduating in 1986, Katarzyna started her work in the delivery room at the maternity ward. She enjoyed her work despite the frustrations stemming from the relations between midwives, doctors and other hospital personnel. In 1989, Katarzyna had delivered her second daughter in the hospital and due to medical problems she was forced to remain there for another two months. During that time she was able to get a good view of the obstetric ward from the patient’s perspective, and this prompted her to make some decisions about the next steps in her life.

In the early 1990s, Katarzyna founded one of the first prenatal classes in Poland and designed a program preparing fathers to assist during the childbirth. At that time her approach focused on after-birth care, where she would consult on issues such as jealous siblings or relationships with other members of the family in order to prepare families to enjoy this unique happening together. She soon became the first independent midwife in Poland who signed official contracts with hospitals. Her independent thinking was quickly ostracized, however, and even condemned by the medical circles in the region. For over eight years, Katarzyna was accused of practicing forms of witchcraft.

Despite the negative atmosphere, Katarzyna continued her work with women and families, while slowly introducing broader activities for other midwives. She started an Association of Midwives in 1993. In 1995, Katarzyna advocated for and helped create a special Midwives Team within the Chamber of Nurses and Midwives in southern Poland, as consulting and advisory body on childbirth and complex approaches towards childbirth and family care. In 2000, she began to shift the focus of her activities from pregnant women and their families towards the education and profession of midwifery.

Katarzyna is married to Piotr and a mother to two daughters: Zuzia and Agata.