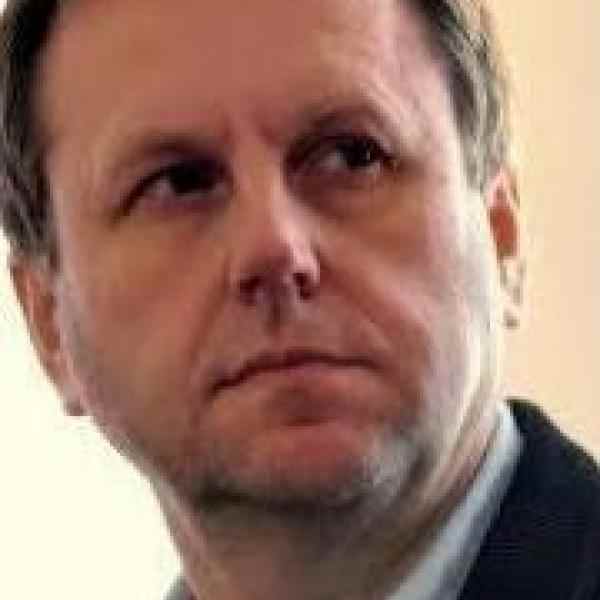 Bohdan Skrzypczak is enlivening people in the small towns of rural northeast Poland with positive social energy and respect for others. He is introducing community-based eco-tourism that celebrates the history of peaceful coexistence local groups have enjoyed with each other and with the environment, and his leadership is having a ripple effect in the region.

Bohdan Skrzypczak recognizes that the key to rural Poland's social and economic development is the people; and he is helping them generate plans which are tied to preserving and promoting Polish culture. In contrast to the main currents of development in Poland, which emphasizes urban areas, he reaches out to communities in areas long considered "backward," poor and less interesting. He is helping to promote a "Northern Mentality" which celebrates the history of the northeastern region, encourages racial and religious harmony, and positive human-environmental interface. In the course of assisting communities to identify and accentuate their positive aspects, Bohdan is combating the flight of people to the larger cities and developing alternatives for local employment. He assists towns in developing eco-tourist attractions and festivals which celebrate rural life in Poland and its harmony with nature. These events stimulate local economies and also help citizens to hold their communities in higher regard.

Historically, rural Poland has always been neglected for development, in favor of the urban communities of Warsaw and Krakow. This has perpetuated a feeling of inferiority among rural citizens. The problem has been compounded by the lack of belonging many people feel toward their communities because they or their parents were forcibly relocated from other regions after World War II. In recent years, as collective farms and state-subsidized factories have closed, increasing unemployment has led to a flight to the cities.

Lethargy, frustration and feelings of helplessness are elements of a social picture common in small Polish towns. The residents have a history of being managed by a central authority or "someone else," rather than defining and solving their own problems. And the difficulties of finding a niche in the competitive new economy can result in blame or scapegoating others, especially in borderlands where people of different origins live together.

Bohdan's strategy begins with helping local communities to identify their own good qualities; from that self-appraisal he moves on to help community members develop plans to market their towns as interesting places to visit. He grounds the creative ideas in local clubs and education facilities. He then initiates a snowball effect by extending the local idea to a region, and, eventually, to a national movement of local renewals. He has named his program "Ascripted to the North" and works through an organization of the same name which he founded.

In the town of Olecko, Bohdan instituted a pilot program called "Waystation Olecko," that has become the model for his expanding work with other communities. Exploiting the popularity in Poland of the American television program, Northern Exposure, Bohdan and community members in Olecko marketed their town as the Polish version of the idyllic Sicily, Alaska (the setting of Northern Exposure). This work culminated in what has become an annual week-long celebration and rally which has attracted thousands of people from all over Poland. Visitors come to see the local crafts and the natural attractions of the village and to enjoy the performers who gather as part of the festival. The project served as an inspiration for new local ventures. Bohdan was particularly pleased with a group of young men who, in cooperation with a factory in Lodz, designed and produced a line of T-shirts emblazoned with festival symbols.

Mimicking the strategy of Olecko, the neighboring town of Goldap organized a winter cultural festival, where local artisans marketed their work and folk bands performed. Officials from the northeastern towns of Gizcvko, Wegorzew, Augustow, Elk and Suwalki have requested assistance from Bohdan to empower their citizens by following the examples of Olecko and Goldap. Bohdan facilitated a meeting to establish an ongoing cooperative effort between the towns.

The promotion of inter-regional cooperation is one of Bohdan's long-term goals. To facilitate the spread of his approach, he works closely with local media such as newspapers and magazines; though he has been interviewed by national television, he believes that the local exposure is more effective for his work. He has established a "community college" which teaches courses on a variety of subjects including culture and local business development. He also maintains an additional program for high school and other volunteers, called "Learning Democracy," which provides training for future leadership in the "Ascripted to the North" program.

Having started six years ago in one small city, Bohdan's movement has gradually expanded. His project is now linking and assisting communities throughout Poland, Germany, Lithuania, and Byelorussia. He and his "Ascripted to the North" are now working in over 40 communities and their newsletter has several thousand people on its distribution list.

In recognition of his work, Bohdan and the "Olecko Waystation" were presented with an award by the Polish Cultural Foundation during the a contest called "The Small Homelands - a Tradition for the Future," and the Foundation has asked Bohdan to assist its program to develop local democracy. In 1996 he was recognized as a national expert on the empowerment of small towns by USAID's "Dialogue Program." The agency has selected Waystation Olecko as a national model to use in educating other social activists, and it intends to lend its support to establishing the program in neighboring countries.

Bohdan was born in the 1960's and is a historian and former teacher. Like many Poles of his generation, he had a chance to start his social activity in 1990, after the major Polish political changes. He comes naturally to his interest and achievements in cultural and community life–his family history includes many generations of accomplished folk musicians. His passion is inventing new ideas that are practical enough to be accomplished. A successful organizer, he won an award in the World Bank's competition for a project to develop local entrepreneurship.