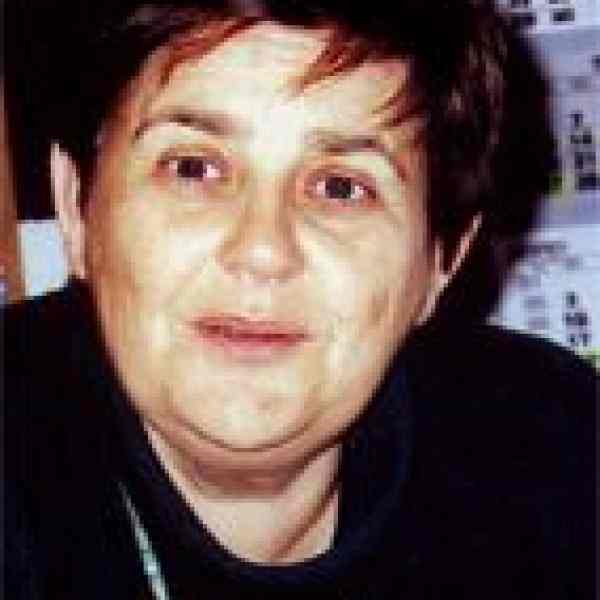 Alicja has created a hands-on, civic educational model toteach Polish children about participatory Democracy. Herschools encourage student involvement at all levels, fromcurricular design to student discipline, and lay a strongfoundation for responsible citizenship. Alicja's vision is to build an international network of these "civic" schools through extensive teacher training and multi-national exchange programs. Alicja is convinced that such a network is the best means of encouraging inclusive,democratic sensibilities throughout the region.

Several years ago, Alicja designed and implemented an innovative school model in which students are trained in democratic procedures, both theoretically and in practice. Today, she has begun building an international network of schools to which her idea is being introduced. Teachers and students are participating in educative exchange programs in East Central Europe, the Baltics, the former Soviet Union, and the Balkans. Alicja believes that one can teach democracy only by participating in democracy, and this commitment lies at the heart of her reforms. She was first in the region to introduce the combination of civics and volunteering programs to schools. Through her programs, students volunteer in hospitals, homes for the elderly, and in recycling projects. They also learn democracy by participating in the school&#39;s democratic decision-making processes, open curricula, and innovative pedagogical techniques.
Her plan to popularize her ideas rests on two strategies: first, she runs a teacher training program through which teachers from all over the region are trained to organize lessons and school life around principles, values, and activities that promote civic awareness and democratic behavior. Second, she has organized a multi-national exchange program for students and teachers that allows both to gain exposure to other cultural and linguistic environments and build inter-cultural friendships and ties.

The deficiencies in post-communist civil societies have been much discussed. In Poland, as in the rest of Central and Eastern Europe, the habit of democracy will take time to become fully ingrained. Volunteerism is very low, and with the exception of the former members of Solidarity, citizens are unused to organizing around common political objectives. Many agree that the solution lies with the new generation-that while old habits die slowly, children who have not been conditioned by the communist era can learn quickly.

The Polish educational system, however, even after the changes of 1989, is still much in need of reform. For the most part, public schools are run the same way they always were: they are based on authoritarian hierarchical structures that leave little to no room for individual creativity or the development of a civic consciousness. School classes typically number 40 students, which makes it impossible for concentration on personal development. Schools are also unable to keep up with the increasing market demands for foreign languages and a curriculum that is generally more suited to market demands. There is little room in the typical course of study for any kind of "civics" courses either in theory nor practice. There is also no traditional linking or networking between educational institutions, domestically or internationally.

There is also a problem with the training of teachers, which is inconsistent with the development of a democratic Poland. Creative teachers are few and far between, and are often disappointed because they get no support. When asked to change things, most respond that they have made substantial efforts in the past but that these were always ignored by school and ministry authorities. They no longer want to try. It is this attitude that Alicja most wants to change.

After the political changes of 1989, Alicja decided that she wanted to establish her own private school in Nowy Sacz, the small rural city that she had moved to in 1975 with her husband. The negotiations of the Polish roundtable during the fall of 1989 had secured the right for the establishment of private schools. Alicja began building her school by gathering the support of local parents interested in sending their children to a new private school and asking them what they wanted. They wanted smaller class size, more languages, and religion courses. She began in a two-room flat with 14 students, 14 teachers, and 14 subjects. She received desks from a Swedish Foundation grant, borrowed chairs, chalk, and a blackboard.

Today, the school has 120 students, 23 full-time teachers, and its own school building. The school has also expanded to include a full five-year middle school and high school program. On average, parents pay 80 percent of the costs of education, although Alicja has never lost a student because he or she couldn't pay the school fees. Alicja always works out sponsorship or some other scheme to ensure that children who want to attend her school are able to. The state also contributes some percentage to cover costs-a progressive Minister of Education guaranteed some state support for private educational institutions as early as 1989.

Alicja's school is thoroughly grounded in democratic principles-she aims to "educate responsible citizens in the broadest sense of the word." The children live in a democratic environment: the school has a constitution and an inclusive school board (five students, eight parents, five teachers, and Alicja, although she cannot vote.) There is a school court where students and teachers can go if they have grievances. It consists of two students, one teacher, an ombudsperson (elected from among students or faculty by the students), and the vice-principal. Cases are heard, judgements made, and solutions implemented collectively. Her school recently won a national award for the best-written school constitution.

Some of her school's other innovations include "My 5 Minutes," a speech prepared and delivered by every graduating senior to share a private opinion on something he or she cares about deeply. Another innovative program (since introduced to other schools in the CEE region) is called the "Village": students 10-13 years old, with the guidance of trained teachers, physically build a village 25 times smaller than reality. This extra-curricular activity encompasses such subjects as mathematics, physics, shop, and civics. Students are required to make group decisions about the village's structure and layout, and take responsibility for these decisions. This program works especially well in rural areas and is very much appreciated by local authorities. Finally, Alicja has forged connections with local social services in order to develop a public service program for her students. Students must volunteer in the local community as part of their democratic education.

From the outset, however, Alicja viewed her program as international in scope. "I saw that all post-communist countries shared the same historical experiences and problems inherited from the past in education," she says. And understanding that private schools could not in themselves be the answer, she has endeavored to spread her ideas (which have accrued credibility from their success in her own school) into the region's public school system. Beginning in 1991, she organized a conference and training program for teachers from the region with the cooperation and support of the American-based "Educators for Social Responsibility." Thirty people (from public and private schools alike) came from Poland, Hungary, Lithuania and seven trainers from the United States.

The program course was given in English, and one representative from each school was present. Alicja found, in the long run, that this was not the most effective way of accomplishing change in schools, and she has since modified her approach. In the following years, as more training sessions were held, she made a point of inviting school principles and a number of teachers from each school so that they could then form an innovative core at each school. She concentrated, therefore, on more fundamental reforms in a smaller number of schools-but in schools that were distributed over a wider geographic area. She also removed the English language requirement since it excluded many school principals. Now, the staff at her own school is sent to participating schools to follow up on the programs initiated through her center.

Alicja's training program is elaborate and well-planned-she has even written several training manuals to assist her teachers through the training. The sessions last several days, and begin with a day or two of thinking through broad pedagogical questions-how to deal with class overcrowding, how to turn students into active participants in their learning, how to overcome a sense of isolation vis a vis the educational establishment-followed by intensive work on democratic methods. The workshops themselves are never didactic, but rather involve prolonged, structured discussions in and out of small groups. In fact, the sessions aim to provide a model of group interaction and communication that the teachers can then reproduce with their students.

Her technique also attempts to open up participants to a mutual trust among them that facilitates the sense of community and cooperation both during the course and, most importantly, for the future. "After all," says Alicja, "When I leave, the teachers and schools must depend on each other for support." A number of public schools in the CEE region have begun implementing her strategies-most recently, after her work with teachers in Serbia and Kosovo, her democratic pedagogical techniques were introduced to these regions' public education systems.

Student and teacher exchanges make up the second vital link in her program model. Close to 40 Polish schools and ten schools abroad are currently members of her network. She has developed active links with Slovak schools across the border, and also with Bulgarian and Romanian schools. She attracts visitors from the Crimea to Kosovo. This aspect of her program is more straightforward: in exposing teachers and children to new environments, she reinforces the importance of democratic inclusiveness, and aims to wed an appreciation for difference to their nascent democratic sensibilities.

Alicja must raise funds for her expansion projects independently of the government. She has recently relied on PHARE Credo funds for linking Polish and Slovak schools together, and has received support from the German Marshall Fund and the Polish Batory Foundation to run her international projects. She has also received attention and support from prominent individuals like Mr. Charles Merrill Jr. (the man behind the Investment Company who established the Commonwealth School in Boston).

She is now trying to leave the position as principal of the school she founded to devote as much time as possible to securing and deepening the regional network and further extending the development of Polish participating schools. Alicja has been interviewed several times by the Polish media. In 1999, she plans to have 60 trained personnel; in 2003, 300 people and ten strong centers in the CEE region.

Alicja has a doctorate in theoretical mathematics and taught at the University in Lodz. For health reasons, she and her husband decided to move to Nowy Sacz in 1975, where they both taught at the teacher's Training College. Here, deprived of the cultural and social life of the big city, Alicja established a branch of the Scientific Mathematical Society, a very old and traditionally democratic institution where she learned much about democratic practices. This was the first time a scientific society was established in a town without a university. She was the president of the branch for the maximum six-year term, and the society still functions today.

After Martial Law in 1980, both she and her husband lost their teaching jobs, ironically at the same moment that she won a national teaching award. They received six months severance pay, which they invested with partners in a small shop. They were afraid they would not be allowed to register anything in their own name. So until 1989, this shop supported their family as well as the partner family. Even in this context, Alicja was innovating, implementing such new projects as painting competitions for buyers' children.

Alicja was also an important member of Solidarity when it was still underground-she was a member of the Solidarity Education Board, which planned reforms to the Polish educational system. After the changes in 1989, Alicja did not want to teach for the state again, and began in earnest to establish a truly independent, non-state, non-religious school. One of the first teachers she hired in 1989 was Ashoka Fellow Grzegorz Tabasz, who was recommended by parents at her first meeting with them in Nowy Sacz.