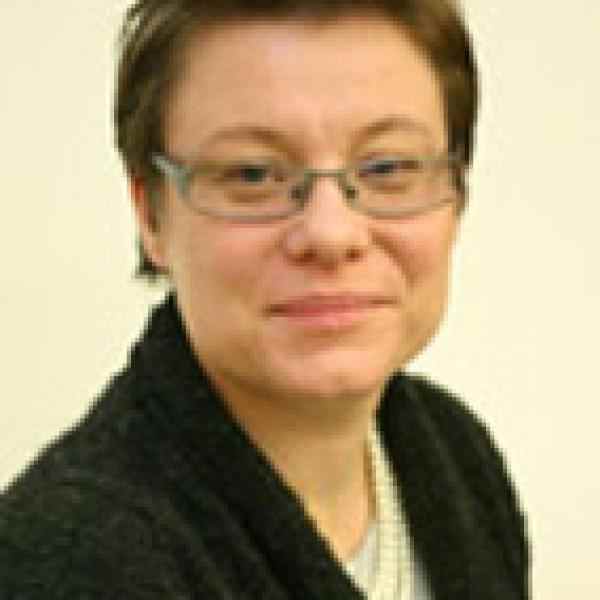 Through creative use of media and advertising, Agata Stafiej-Bartosik is promoting television and radio as effective tools for empowering the civil sector and for advancing positive social change.

Through education and programming, Agata is creatively reshaping media&#39;s role in Polish society to increase awareness of a range of pressing social problems, from homelessness to alcoholism to public health concerns, such as HIV/AIDS. Underlying her efforts is the recognition that given the appropriate structure and support, media and advertising can enhance society&#39;s social awareness and democratic potential. Agata is reshaping public opinion by educating a fragile civil sphere on the effective use of television, radio, and other popular media. By working to create an alliance among media professionals, marketing executives, and social change workers, she is focusing attention on shared problems. Agata feels strongly that this alliance will enable the media to surface as an important agent for social reform.

For nearly a decade, the Polish media has struggled to find a focus in post-Communist culture. No longer the exclusive domain of state-mandated propaganda, television and radio have become quickly commercialized, attracting the attention of profit-seeking entertainers, marketing professionals, and business people whose interests rarely overlap with those of social change workers. The emerging emphasis on profit has generated a host of talk shows and soap operas, but few programs that bear social import or educational merit. The media and advertising worlds regard social activism with a wary glance; meanwhile, civil society advocates have long dismissed media as corrupt and have overlooked its tremendous potential to raise public awareness of pressing social concerns. In Poland and throughout Central Europe, there is a strong need for bridging the gap between commercial and social sectors and for establishing tools of communication that are sensitive to the aims of a democratic society.

Agata's background in communication studies and her firm commitment to reshaping media and marketing has enabled her to emerge as one of Poland's leading advocates of socially responsible advertising. Her approach is two-fold, in that she seeks to educate the social sector on the effective use of communication tools and to educate marketing and media professionals about the benefits of heightened sensitivity to social issues. This dual aim positions Agata to effectively address both constituencies with alliance, rather than alienation, as a common goal. Agata has produced several powerful television mini-documentaries that treat a range of issues relating to philanthropy and social and public health concerns. She has been able to broadcast her work because she discovered an old television regulation that allows for limited free presentation of public service messages. The clips, each about twenty minutes long, have run several times a day for a month on seven public and commercial television stations.

By hosting such events as the Social Action Cinema, Agata is widely promoting the concept of socially aware and involved advertising. At each session, SAC participants review a selection of public service ads and TV and radio documentaries. Agata invites different citizen groups, such as Amnesty International or the Polish Feminist Association, to co-host the event and guide a discussion on the featured topic. To mark the tenth anniversary of the signing of the Child's Rights Convention, for example, Agata and the SAC staff convened over two hundred participants in an event that generated media coverage. Articles about SAC appear regularly in newspapers and magazines. Radio KOLOR, Warsaw's main radio station, broadcasts radio interviews and thirty-second public service ads for Agata. In addition, Agata has established a growing archive of socially responsible advertising, which includes public service clips, posters, and related materials. The archive hosts an affiliated web site, which provides an information center and database for conferences and other national and global events in the field of socially responsible media. By providing links to advertising forums throughout Europe, the website helps foster regional support for the emerging field.

With help from a diverse group, including academics, nonprofit representatives, and advertising agencies, Agata has also worked on the production of a CD-Rom that contains a compilation of video clips, radio ads, and other media tools that illustrate the media's potential for supporting social sector activities.With support from Warsaw University and the International Advertising Association, Agata organized a May 2000 conference on socially responsible advertising. The conference attracted participants from a range of backgrounds and interests and focused on media's significant role in fostering informed and participatory democratic perspectives. In coordination with Ashoka Fellow Anna Machalica-Pultorak, Agata plans to launch a community radio, which will serve Warsaw's most underprivileged areas. Its programs will facilitate social integration and civic participation, as members of the community will assume responsibility for programming and for daily station needs.

To monitor public response to media and advertising, Agata is organizing an industry-wide agency called National Media Watch Against Intolerance. This agency will gather feedback from media consumers. A recent survey revealed that 17 percent of Polish young adults declared their desire to change the way they drive in response to Agata's campaign against aggressive driving; additionally, four million Poles (out of a total population of forty million) declared that they learned about the anti-corruption program from Agata's media campaign. Both campaigns received significant media coverage, both local and national. Agata believes that effective media campaigns can link sectors and build alliances that facilitate the funding of social projects. For example, Agata has initiated a national anti-smoking campaign by bringing together a public relations firm, a nonprofit health promotion center, and a pharmaceutical company donor. Each of the three players provides a critical component of a successful strategy: marketing, health-related expertise, and funding. To spread her work beyond Polish borders, Agata plans to establish the European Institute of Social Marketing, that will focus primarily on Eastern European countries. Her campaigns are very much visible and as the activities spread, Agata is involving students and volunteers in her work.

Agata's inventive use of media began in childhood. As a girl, she launched school newsletters that demonstrated boldness in style and content. One such effort, a class bulletin, was banned by the school, thus providing Agata with an early introduction to censorship.In Lyon, France, where Agata studied advertising, she was very much interested to observe how culture influences the style and content of media. She was attracted to social marketing and advertising when she was working with a production studio on various social campaigns, including a "Don't drive after drink" campaign. Seeing the impact of the programs and knowing different channels of communication, Agata realized the tremendous potential of media in social change. At that point, she decided to exit the world of business and apply her marketing skills, energy, and enormous creativity toward social change.