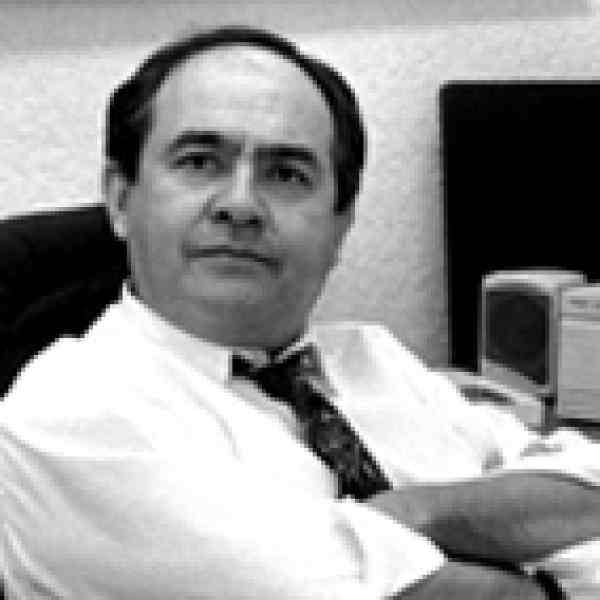 When his colleague and mentor Manuel Buendia, Mexico's leading journalist, was assassinated at midday on one of Mexico City's main avenues, Miguel Sanchez De Armas responded by creating an entirely independent national organization to provide leadership in the development of a new, more professional standard of journalism for Mexico.

Doctors and lawyers are keenly aware of the ethical standards of their professions. Developed over centuries, and widely understood by the public as well as those within the profession, these ethical codes have bolstered practitioners when authoritarian pressures have encroached on their integrity. In India, during the critical stages of The Emergency period, many in the legal profession were proudly able to say that the courts were among the last square feet of free territory in the country. Miguel Angel is working to build a similar sense of professional independence and standards among Mexican journalists. If young Mexican journalists enter their profession knowing what those standards are, and if they also know that they are part of a body of like-minded professionals who will be judging them and who stand ready to help them, Mexican journalism will be taking a profound step. So will the emerging Mexican democracy.To pursue this objective, Miguel Angel and a number of other friends of Manuel Buendia created The Manuel Buendia Foundation. The first priority of the foundation was to provide funds to support Buendia's widow and children and to encourage all journalists to print the true nature of his death so the public would be aware of, and would not forget, the tragedy. The central objective of the foundation, however, is to build a strong sense of professional standards, ethics, and solidarity among journalists. Consistent with keeping itself fully independent, Miguel Angel is gradually building a series of programs that define and reinforce the standards as well as strengthen its institutions and individual members. He especially focuses on the younger members of the profession, believing that they will be the watershed generation. The foundation gives an annual journalism prize, which, because it's the only independent award in the profession, is especially coveted. It publishes several of the profession's leading journals and a host of books and studies - thereby encouraging research on such issues as censorship and promoting debate about what constitutes good journalism and ethics. It also organizes meetings and special training programs that enrich both working journalists and journalism students.

In May of 1984, Manuel Buendia was murdered in broad daylight before dozens of witnesses on the busiest street in Mexico City. He was unquestionably Mexico's most respected journalist in recent decades. His column "Private Network" was published daily in 40 newspapers. Through it and his regular radio and television appearances, he focused on the controlling minority and offered a forum for other perspectives. He was also one of the country's first and most respected professors of journalism at the National University of Mexico.

Manuel Buendia's death moved the country. All evidence then, and still now, points to the conclusion that Buendia was murdered to silence the possible exposure of information regarding the involvement of government officials in illicit activities. Many journalists viewed it as an execution intended as a warning to other journalists.

One of the reasons that Buendia's death had such an impact was that it represented much of what has been wrong with Mexican journalism: it's susceptibility to intimidation and bribes. Miguel Angel thinks that a large part of this problem is a result of the way in which journalists have been recruited. Most journalists in Mexico have not received professional training and are not required to have any credentials. Journalism has been a job, but not a profession. In addition, many Mexican papers are too small to afford critical, in-depth reporting.

On the other hand, this is a historic period of opportunity for the development of the profession. Mexico has invested heavily in education over the last decades. This fact, plus the explosion of new communication technologies, has led to the very rapid development of Mexico's mass media. Mexican television broadcasts to three continents. There are 1,026 radio stations and a powerful, albeit low-quality, film industry. The country has 270 daily newspapers and a great many magazines and journals. In the last 20 years, almost 90 journalism training programs and schools been established.

Miguel Angel has designed several central thrusts for the foundation's work. First, it emphasizes the values it thinks most important for the profession. Its annual prize defines the best of those qualities by example. The foundation also clearly defines abuses such as censorship and intimidation, and it provides strategies for avoiding such treatment while retaining full integrity.

Second, the foundation encourages research and discussion in the profession, most especially among its younger members, through workshops and seminars. The foundation supplements these sessions through its bimonthly "Mexican Journal of Communication." It seeks to bridge theory and practice, and it extends the foundation's reach across all of Mexico. An English version links Mexican journalists with those in the rest of the world.

The foundation is in the process of establishing a computerized data bank for public communications and a new program of short courses for young journalists. Miguel Angel is also continuing to develop a program that promotes books on public-service communications. He has leveraged the foundation's work in this area by negotiating with private publishing houses as co-editors. Under the terms of these agreements, the foundation gives its "seal of quality" but does not have to pay for the publishing.

Miguel Angel grew up in the northeastern state of Sinaloa. Some 23 years ago, while still in high school, he began to study journalism and literature.

Before he created the foundation, he was responsible for internal and external community relations for a major firm in Monterrey. He was responsible for press relations for the National Academy of Sciences, where he first met and worked with Manuel Buendia. He has also been a professor of journalism, and, most recently, a communication consultant.

This extensive background has enabled him to earn his living as a communication consultant while beginning to build the foundation. Now able to work full-time on the foundation, he is scouting for new ways to help his young professional colleagues develop.