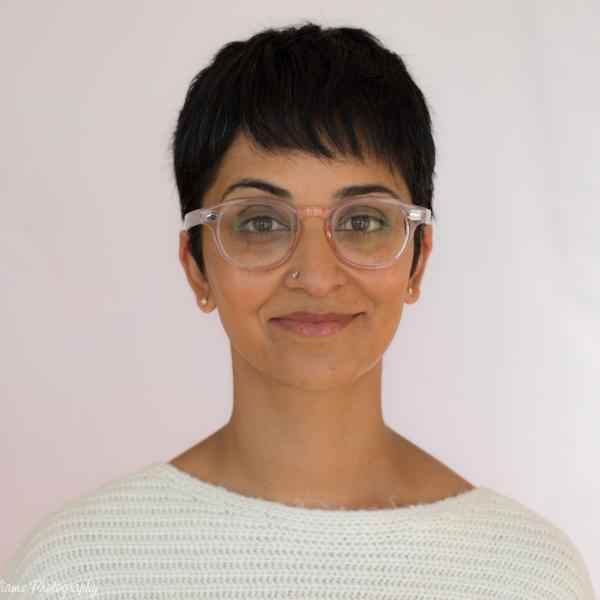 Priti wants to reinvent the patent system, a key driver of the global crisis of drug affordability. I-MAK, the organization she cofounded with Tahir Amin, was among the first to challenge unjust patent monopolies to increase access to affordable lifesaving medicines, and is leading the charge to re-imagine the patent system to serve the public. Priti's work is effectively upending the idea that only lawyers and technocrats have the ability to influence patent decisions.

Priti wants to reinvent the patent system, a key driver of the global crisis of drug affordability. I-MAK, the organization she cofounded with Tahir Amin, was among the first to challenge unjust patent monopolies to increase access to affordable lifesaving medicines, and is leading the charge to re-imagine the patent system to serve the public. Priti has helped lead a movement to increase transparency, accountability, and meaningful public participation in the patent system, effectively upending the idea that only lawyers and technocrats have the ability to influence patent decisions.

For nearly two decades, Priti and I-MAK have activated individuals and organizations to engage with the patent system and become changemakers on behalf of themselves and their communities. By creating curricula, training, and access to critical legal, scientific, and cost research, Priti helped launch local coalitions capable of undertaking legal challenges to unjust patents. These collaborations have helped reduce the price of 15 HIV drugs in Argentina, Brazil, Thailand, and Ukraine by 67%. In India, her work with local stakeholders to remove patent barriers to HIV treatment that blocked generic competition resulted in price reductions up to 87%. The overall result of this work has been over $2 billion in health program savings, enabling access to treatment for millions of people.

Over time, Priti has realized that communities can’t just oppose unjust patents; to have a lasting and widespread impact on access to medicines, I-MAK needs to fundamentally reshape a patent system that systematically incentivizes profiteering over public health. In the U.S. there is powerful bipartisan appetite to fix frayed health systems, including skyrocketing drug costs. For Priti, this presents a once-in-a-generation opportunity. The U.S. patent system is the model for patent infrastructure globally; a reimagined patent system there—one that is open, transparent, and accountable to the public—would result in a global domino effect that would substantially change the landscape of access to medicines worldwide.

According to data released by Kaiser Family Foundation, 1 in 4 American households cannot afford to fill their prescriptions. 34 million Americans report having lost a loved one due to the high cost of treatment. Prescription drug spending has increased by 2.5x in the last two decades and is poised to nearly double in the coming decade — with dire consequences for America’s healthcare system and patients. Worldwide, two billion people cannot afford lifesaving medication because of skyrocketing drug prices.

Patents, revered in the American cultural narrative, are at the root of this problem. The patent system was designed by the country’s Founders to motivate people to invent by rewarding them with what the U.S. Constitution intended to be a time-limited monopoly. Priti believes this intention has been distorted beyond recognition. Corporations have teams of lawyers and lobbyists whose sole job is to extend patent protection for as long as possible. The Founders envisioned patents having a lifespan of 14 years maximum (which was extended to a term of 20 years more recently when the World Trade Organization was formed). Today, through legal maneuvering patents on best-selling drugs can extend to 40 years or more. Meanwhile, prices on these drugs in America have increased by 68 percent on average since 2012. That's seven times the rate of inflation.

Rather than encouraging and rewarding true invention, the global patent system is being gamed to extend monopolies and allow companies to set prices far too high for far too long. It took 155 years for the U.S. Patent Office to issue its first five million patents. It took just 27 years for it to issue the next five million. In 2018, 89% of pharmaceutical industry revenue came from repurposing existing drugs. Unsurprisingly, the pharmaceutical industry spends the lion’s share of research dollars tweaking existing drugs rather than inventing new, meaningfully better ones.

Through their strategic litigation work opposing unjust patents, I-MAK has enabled competition and dramatically reduced costs for country health systems. But while I-MAK has made significant progress, it believes the movement to increase access to lifesaving medicines is not as impactful as it could be because the playing field is not level. Individual patent challenges can only do so much in the face of an infinitely resourced pharmaceutical industry, and a patent system calcified in private interests and unaccountable to the public.

Priti has come to realize that, while adversarial litigation is sometimes necessary, I-MAK has to keep pushing boundaries by disrupting and transforming the system itself. To that end, she and I-MAK are moving their work upstream and embarking on a new phase aimed at addressing the underlying power dynamics of the global patent system at its nerve center in the U.S.

Because everyone is touched by the patent system in one way or another, ensuring that people and communities are the agents of this structural change is a core part of I-MAK’s strategy. Where historically individuals concerned about drug affordability have not had meaningful ways of learning about or engaging with the patent system, Priti has been able to disrupt this paradigm by carving out new avenues for citizens, civil society, and even private sector actors to step into their role as a changemakers. By empathetically seeking common ground even with industry players who believe that patents are the just reward for pharmaceutical research, Priti is bringing new and vital allies into the fight for more accessible healthcare.
Ultimately, Priti envisions a movement of citizen sector organizations, researchers, policy makers, think tank media, and affected communities who can participate fully in the patent process and build momentum for broad based patent reform, guided at every step by I-MAK’s in-depth investigations, educational tools, and narrative change initiatives. She is modeling this work after bipartisan efforts for criminal justice reform and the 2015 campaign for net neutrality. Like patent reform, these movements center on complex policy issues. But through the sustained efforts of advocates from across the political spectrum, they were eventually able to shift entrenched media narratives, change public discourse, and catalyze policy reform.

I-MAK’s strategy centers on its “RAISE” platform, which includes:

1. Raising the bar for “innovation”: The vast majority of medicines associated with new drug patents are not new. Nearly 8 out of 10 are for existing ones, like insulin or aspirin, or combining two medicines into one pill. Priti and I-MAK are seeking to address the issue of overpatenting (too many patents being applied for and granted) with a simple solution: to get a patent, you have to invent something that is new and substantially better than what's already out there.

2. More public participation: Priti envisions a patent office that serves as a truly public institution; a dynamic center of citizen learning and ingenuity staffed, not just by technical experts and bureaucrats, but by ethicists, public health experts and storytellers who can demystify complex policy questions and allow people to engage on issues that affect them deeply—including by providing inputs into significant policy questions and contesting patents in court. In the U.S. after a patent is granted, the public has no legal standing to challenge it in court. Only entities with a commercial interest, usually other drug corporations, have that right. Just gaining access to information about patent filings is cost prohibitive, making the patent office a virtual black box. As patient data is increasingly shared via mobile apps and private ventures like 23andMe, Priti and I-MAK are driving the public conversation around “ownership” and patents, not just for medicines but also for patient data and genetic information.

3. Independent adjudication and oversight: Right now, the patent office’s revenue is directly related to the number of patents it grants, incentivizing examiners to grant as many patents as possible. Moreover, many patent examiners and judges are recruited from the pharmaceutical industry and, when they leave the patent office, regularly find work with the companies whose patent cases they were charged with adjudicating. Priti is working to end the corporate capture of the patent office – including by creating an oversight body charged with ensuring that patent applications are adjudicated fairly and independently of financial and other concerns, and that problematic patenting trends that negatively affect the public are elevated quickly to the appropriate channels.

These efforts are gaining traction. Priti and I-MAK’s movement building efforts and research (like its 2018 report “Overpatented, Overpriced”) have already helped shape four bills that have been introduced addressing aspects of how patents are used to block competition. Now, Priti is building on this momentum to galvanize even broader based systemic change.

As a young lawyer working with low-income communities in India in the early 2000s, Priti saw her clients struggling and even dying because they couldn't afford the lifesaving medicines they needed. When she began to look more closely at the problem, she was astonished to find that the patent system was a root cause of the misery she saw around her. Priti is the daughter of a former pharmaceutical scientist and has a deep reverence for scientific research and ingenuity. She had framed patents on the wall of her childhood home.

But the evidence was indisputable. Priti discovered a pattern of behavior in which corporations were incentivized to seek as many patents as possible on a single medicine. These “patent walls” prolonged monopolies and blocked access to medicines. As the human toll of the global HIV/AIDS pandemic was reaching its peak, she helped lead a successful grassroots movement pressing the Indian government to pass a first-of-its-kind, health-friendly patent law. The momentous win was an epiphany for Priti, inspiring her to co-found I-MAK, a team of lawyers, scientists, public health experts, and former pharmaceutical leaders committed to lowering drug prices by solving the patent problem. Since then, Priti and I-MAK have expanded their work to nearly 50 countries saving health systems over 2 billion dollars and increasing access to treatment for millions of people.

Fighting for equitable access to treatment has been the driving force of Priti’s professional career, but it is also deeply personal. Priti grew up surrounded by an eclectic community of people—blue-collar organizers and transgendered individuals sitting at the dinner table with religious families and immigrants--who regularly gathered to break bread and discuss contentious issues. Those gatherings taught her how to hold space for different perspectives, listen deeply and engage respectfully. Most importantly, it sparked her belief in the power of systemic and structural change over one-off solutions, a belief that she put into action when her best friend Vinay, a South Asian American, was diagnosed with leukemia. The national registry for bone marrow was replete with donors, but the pool of South Asian donors was barren. Priti sprang into action, registering 25,000 new donors of color in a desperate attempt to save her friend and others like him. In the end, she couldn’t; Priti lost Vinay to cancer, but she created a lasting legacy for him by changing the process by which the National Marrow Donor Program finds matches and significantly increasing the odds for cancer patients of color across America.