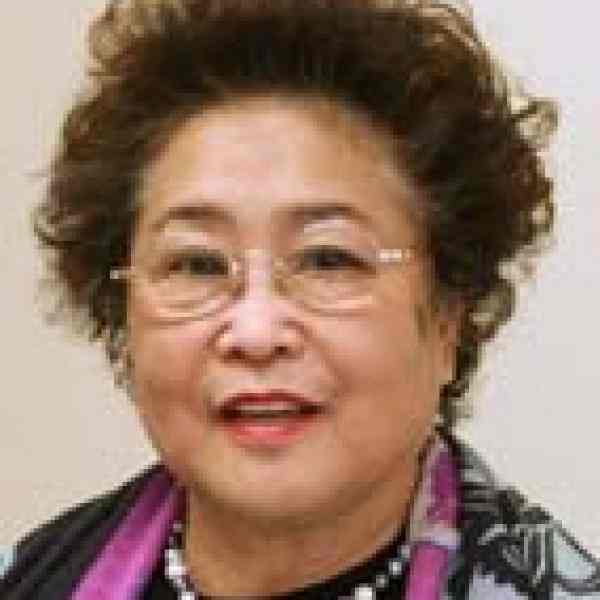 Over the past twenty-five years, Masue has engineered the field of assisted living. In the early 1980s there were only two options available for families who wished to place their elderly in nursing homes: (i) public homes of extremely poor quality and perceived of negatively by society, or (ii) extravagant private homes that only affluent families could afford. Japanese society did not have viable options for middle-class families. Masue knew that even once she created options and made them available, she would need to change attitudes and public perception on nursing care. Through Masue’s for-profit entity, Shinkou-Kai, founded in 1991, she has single-handedly generated a model that is affordable while retaining a quality in the nursing care environment.

To address the stigma attached to nursing homes, Masue ensured that her nursing homes were held to standards that had never been set before. She guaranteed that all of her nursing homes simulated actual homes in terms of level of comfort, décor, service, and food. Becoming aware there was a need for the standards to measure those qualities, she introduced ISO-9001 standards which until then, was the criteria only used to certify and ensure high standards in manufactured products. Masue’s decision to do this not only gave credibility to her nursing homes, but also to the caregivers, whose professional identity is obscure compared to medical professionals.

Masue increases her impact by employing those marginalized in their communities. This includes those disabled, homeless, and most uniquely, non-Japanese Asian. Non-Japanese Asian women married to Japanese nationals are granted permits to work, however, in comparison to Japanese nationals, they are given lower wages, and are treated as second-class citizens in the workplace. Masue set out to change that. Her employment method, treatment of caregivers, and service to the elderly, transformed the caregiving industry and remains intact today.

By 2025, the aging will make up over half of the population in Japan. Japanese society, while highly modern, still grasps onto tradition, especially in regards to the way they care for their elderly. Sons and daughters place the responsibility for caring for their elderly parents on themselves, and many times, at the cost of their own career advancement or overall life path. This affects women, mostly daughters-in-law, but men are affected as well. Respect for the elderly was a pillar in Japanese society and it is still considered virtuous and respectable to take care of one’s parents. This cultural norm is one reason why suitable nursing homes did not exist in Japan until recently. Placing the elderly in nursing homes or assisted care was not encouraged and sometimes criticized as shirking their responsibilities. The change in peoples’ consciousness is manifested in the fact that the number of public nursing homes increased from 2,500 in 1985 to 7,300 in 2009.

The refusal to place the elderly in homes is due to a number of reasons. Firstly, traditional nursing homes in the 1980s lacked accessibility for the middle-class. Aside from poor quality public homes and extravagant private homes for the extremely wealthy, there were no realistic options for those who wanted to place their elderly in nursing homes, but also wanted to ensure they were going to be comfortable and cared for.

The alarming reality of a shrinking population and an increase in the number of elderly should urge Japan to create an infrastructure to secure future nurses and caregivers. However, the Japanese government’s nationalistic attitude does not accept non-Japanese nurses and caregivers. The government has made it incredibly difficult for non-Japanese to certify as nurses. In 2010, 254 candidates took the test, and only three passed. Similarly, in 2011, 400 candidates applied and only 4 percent passed. The government has also made it a rule for the applicants who do not pass the exam to leave Japan immediately. The consensus in society is that the government places an unrealistically high hurdle on foreigners to become caregivers in society.

Even once foreign workers are employed as caregivers, they have more hurdles to overcome. In 2000, the Kaigo-Hoken insurance system, initially only meant to insure incapacitated elderly, was changed to cover elderly who needed less care. It is widely recognized that the Shinkou-Kai model triggered the law so that these homes are economically viable for the users. This insurance system accelerated the nursing care system in Japan, by offering specialized benefits to each qualified elderly individual. While this system was introduced to lessen the burden of caring for patients, it also impacted hiring at the nursing homes, since one mandate of the system was that there must be a written record of every service performed on each caregiver’ patient. This record would then be sent in and assessed by the insurance company to determine the eligibility and level of benefits for each candidate. The insurance money is sent to the nursing homes; used as a part of the operating cost. However, this record must be written in Japanese, which prevented numbers of immigrant/foreign caregivers from working in nursing care. This issue, along with low wages, and archaic attitudes toward foreigners in Japanese society, contributed to the overall issue of poor nursing care for the elderly.

In the 1980s Masue noticed staggering demand for moderately priced nursing homes with sensitive and comfortable services. This was due in large part to an insufficient hiring system and lack of affordable yet quality public and private nursing homes. In 1986, Masue rented a low cost farmhouse. She took out a US$100,000 bank loan to renovate it into a sixteen-unit nursing home. Her sixteen units were filled instantly through word-of-mouth and this further confirmed Masue’s initial hunch that there was a need for quality, fair-priced nursing homes. After opening the first home, Masue realized there were thousands of abandoned bachelor dorms, built by corporations during the economically prosperous period (1984 to 1991), but vacated after the economic downfall. Masue took advantage of this and turned fifteen unused bachelor dorms into nursing homes by 2000. This method of utilizing the unused buildings was soon copied by many others in the industry and called the Shinkou-kai model.

In 1998 Masue invested in professional business consulting to upgrade her facilities and adopted a quality assessment tool to get ISO-9001 certification. This move changed the standards of nursing homes on a systemic level as ISO-9001 certification was reserved for the restaurant and hotel industry until that time. Ensuring Masue’s homes had this certification brought a new level of credibility to her nursing homes. In 2000 Masue sold the sixteen homes to Benesse Corporation and founded Shinkou Fukushikai, a citizen sector group that aimed to improve the condition of public nursing homes. Benesse Corporation, now known as a spearheader in the nursing home industry, expanded its business after purchasing Masue’s sixteen homes, and now owns and operates 190 nursing homes, of which ninety mimic the standards Masue set. Masue spent the money from her sale to Benesse on a mission she had wanted to address for a long time: improving the quality of public homes both physically and in the services they provide. She has continued to generate more state-of-the art nursing homes and has owned and operated another thirty-four public homes between 2000 and 2010 that meet the standards she set, some managed solely by Masue and some in collaboration with others.

Masue also recognizes that public awareness and changes in attitudes toward marginalized communities would be instrumental in social integration. She empowered her immigrant caregivers, who made up 3.3 percent of her 800 employees, which was considered significant in a workplace setting. She paid all of her employees equally, whether they were non-Japanese, homeless, or from any other sector of society. To address the Japanese language requirement for written records on the condition of each elderly insured, as outlined in the Kaigo-Hoken insurance system, she developed a touch-panel tool for written records. This tool will translate reporting written in Mandarin, Taiwanese, Korean, Tagalog, and Portuguese. Solving this language barrier for non-Japanese caregivers gives them full qualifications as caregivers under Japanese law. One of her goals is to increase the number of disadvantaged employees to up to 50 percent by 2016. Masue implemented retirement age for her workers to be at 80 with mandatory physical check-ups, even though the national average is much lower.

Masue set unspoken yet strict standards centered on empathy toward her residents. By providing comfortable accommodations such as hand-made curtains and cushions, fresh flowers, appetizing fresh food, services such as massages, exercise rooms, weekly mini-concerts, and caregivers who perform for bed-ridden residents, rather than focusing on function like other nursing homes, Masue placed emphasis on ensuring her residents really felt like they were at home. Another unique innovation set forth by Masue was her requirement that caregivers move away from speaking to the elderly residents in the traditional method. Masue characterized the language conventionally used between caregivers and the elderly as condescending and disrespectful. The tone used by the caregiver is one that is also reserved for children. Masue instructs her caregivers to discontinue speaking to residents in the diminutive and also implemented a system in which the resident pays the caregiver directly for extra services, such as physical training and relaxation services as a way for caregivers to recognize that they are hired by the elderly residents under their care.

Masue was born in Japan during wartime, in the 1940s. Growing up during that period, she witnessed the extreme loss suffered by Japan and its people. Empathetic to the plight of her fellow citizens, Masue started volunteering with orphans while in junior high school. At that time, volunteering wasn’t a known concept. Her family questioned her actions and did not show understanding or sympathy. Even at a young age, Masue was drawn to the idea of helping others and that remained her passion, motivation, and source of inspiration throughout her life. Masue’s strong belief in creating a fair and balanced society began during this time.

Though her parents were not religious, Masue was drawn to the church and was immediately enamored by the themes of fairness, empathy, and ethical fiber as expressed in the biblical stories. Masue christened herself in spite of her parent’s disapproval.

Masue’s work is driven by a need to equalize society and help the marginalized. She employs homeless people, insists on fair wages and equal treatment of all staff, and has changed how caregivers speak to the elderly. Masue sees a significant need to scale up her model and has engaged in talks with a number of interested groups, especially in China. She chooses to remain selective, however, seeking groups that value social impact—over profit—as their main priority.