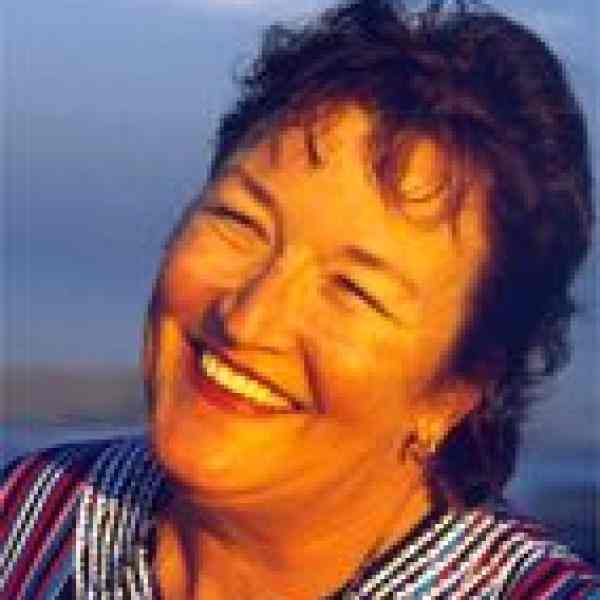 Elna Kotze has formed an organization to monitor the impact of current land use, to provide information on alternative sustainable land uses, and to facilitate the creation of &quot;land use forums&quot; to design and implement sustainable land use policies and practices. Using an original land use planning process as her starting point, Elna involves all local stakeholders in considering &quot;higher use&quot; alternatives that creatively blend economic, social and environmental objectives. Because ecosystems bear little relationship to existing administrative systems and land uses, they provide an ideal new baseline from which to fundamentally reconstruct South Africa&#39;s rural political economy.

Until the elections of 1994, those most negatively affected by the dominant, high impact land use patterns of South Africa did not have access to the political process. Until recently, they could not own land in the 83 percent of South Africa that was declared &quot;white.&quot; Before Elna Kotze saw the way to a participatory rural land use planning methodology, there was no institution to study, promote and facilitate the creation of alternative, low-impact land use strategies.Elna&#39;s Ukuzwana project seeks to reverse decades of apartheid era rural land use practices that have been environmentally, economically, and politically destructive. Working through her own land use planning process, Elna involves all local stakeholders in considering &quot;higher use&quot; alternatives that creatively blend economic, social and environmental objectives.
The cornerstone of her methodology is the local &quot;land use forum,&quot; which includes representatives of all stakeholder groups within a defined natural ecosystem. By locating land use planning within natural ecosystems, Elna encourages outcomes that are environmentally sustainable. Because ecosystems bear little relationship to existing administrative systems and land uses, they provide a fresh framework within which to fundamentally reconstruct South Africa&#39;s rural political economy.
Elna&#39;s short-term goal is to test and refine her methodology in one representative ecosystem in the Southern Mpumalanga, Eastern Orange Free State and Northern KwaZulu-Natal region of South Africa. By incrementally rolling out the planning process throughout the one million hectare region she plans to establish the world&#39;s first &quot;global biosphere reserve&quot; arrived at through a bottom-up, participatory process. The ultimate purpose of her project is to develop a model for proactive rural land use planning and integrated land use management that will be applicable anywhere.

Under apartheid, rural land law served minority white and short-term interests. White-owned businesses, white-owned farms, white tourists and the security concerns of the apartheid government benefited. The effects of these laws were most vividly displayed in the marginal areas reserved for the black majority. Poverty, gross overcrowding, and lack of government concern left the human population miserable and the land severely degraded. Despite the designation of some park and conservation areas, long term environmental sustainability was not a guiding concern. As a result of land misuse, between 60 and 80 percent of South African grasslands have been irreversibly transformed, and less than two percent of the country&#39;s grasslands are formally conserved. In addition, air, water and ground pollution levels are among the highest in the world.The ecosystems in Elna&#39;s pilot area, which comprises Southern Mpumalanga, Eastern Orange Free State and Northern KwaZulu-Natal, are among the many valuable ecosystems that have been threatened by apartheid&#39;s land use pattern. This is an area with important water resources and high-quality stock farming land (in a country where more than half of the agricultural land is classified as &quot;marginal&quot;). Birdlife International has also declared the area one of only two Endemic Bird Areas in South Africa.
The region presently faces many and interconnected social, economic, environmental and conservation challenges. There have been disastrous long-term hydrological, environmental, social and economic effects from uncontrolled commercial forestry (mainly exotic pine) of upland grassland and mountain catchments. This risks drying up these invaluable natural water reservoirs. Rapid, potentially irreversible soil depletion has also occurred. In addition, there are polluting and toxic effluent from coal burning power stations, petrol-from-coal plants, pulp and paper mills, and a concentration of &quot;dirty&quot; industries with a high potential for causing major pollution disasters (e.g., steel, gold, chrome and other metallurgical processing).

Elna&#39;s organization deploys an original land use assessment process to stimulate local action to generate new alternative land use strategies. The first step organizes all stakeholders within a local eco-system into a &quot;land use forum&quot; that undertakes an action research exercise to build up a detailed understanding of the costs and benefits of current land use patterns. In addition, the land use forum is organized around a local watershed specifically to cut across and integrate existing administrative and social systems.Elna&#39;s Ukuzwana project compiles the information that has already been collected by widely dispersed bodies-mainly government agencies-and makes it available to land use fora. When a reasonable understanding of current land use has been achieved, Ukuzwana facilitates the process of consideration of environmentally sustainable alternatives. Since the forum is made up of all local stakeholders, the new alternatives they develop gravitate toward ways to both spread the benefits coming from the most successful existing land uses and to shift currently unviable land uses to sustainable newer possibilities such as eco-tourism. Ukuzwana facilitates &quot;win-win&quot; alternative land uses to enable the forum participants to see beyond their short-term conflicts of interest. Members of the forum are urged to look to the common long-term benefit in locating their land use strategies within the framework of sustainability of &quot;their&quot; watershed, &quot;their&quot; environment. Ukuzwana is building up a database of successful environmentally sustainable land use practices through its contacts with regional, national and international agencies and research centers, including the University of Natal, the South African ministries for land and water and UNESCO (which has responsibility within the UN system for the global biosphere reserves).
After seven years of study, planning and preparation, Elna has put all the pieces of her vision together in a pilot project in the Assegaai catchment, which contains all the elements of the major land uses that are likely to be found in the larger one million hectare target area. She established and began to service an Assegaai land use forum and now plans to incrementally roll out the land use planning process throughout the region.
In addition to servicing the land use fora, the project also plans to initiate specific activities with different stakeholders to promote wise land use experiments. For example, it will help large-scale farmers to adopt sustainable grasslands management practices in order to attract the rare birds that, in turn, attract the growing eco-tourist market.
Ukuzwana acts aggressively to preserve threatened habitats. For example, to protect important water reserves, the organization has challenged a proposed commercial pine plantation project within a highly sensitive water catchment in the pilot area. The group published a well-researched dossier exposing the &quot;hidden costs&quot; of commercial forestry for local communities and possible alternative land uses. It is also mobilizing public support for a moratorium on afforestation permits in order to prevent the ongoing expansion of the commercial forestry companies from preempting more ecologically appropriate and democratically legitimate land use alternatives that may emerge from the land use fora.
Ukuzwana works to educate the government about responsible land use policies. In the agricultural sector, for example, workshops, field trips and training sessions with farmers&#39; unions and agricultural extension officers serve as a means of tackling bad practices and promoting good management of grasslands and wetlands.
At the same time, Elna has been actively building national and international contacts to share her experiences. The Minister of Water Affairs has showed considerable interest in Elna&#39;s work and has watched it closely for possible replication throughout rural South Africa. As Elna notes, &quot;Integrated catchment management and civil society-government partnerships are both very popular politically. But when one begins to look for actual experiences, let alone useful demonstrations, there are none to be seen. If we can demonstrate success here in this region, there will be no shortage of national government and even international support to extend the model.&quot;

When most South Africans, black and white, drive through the rolling grasslands of the Wakkerstroom district of South Africa they see grazing land for cattle, sheep and goats. They see fields of maize, alfalfa and millet. Not Elna. She sees a haven for bird-watchers. When she moved to Wakkerstroom in 1989 and set up the region&#39;s first guest house, called the Weaver&#39;s Nest, there was much local mirth over the mad woman from Pretoria coming to Wakkerstroom to &quot;lose her fortune.&quot; Several years later, mirth gave way to the most sincere form of flattery-imitation. Thanks to Elna, Wakkerstroom now has a flourishing eco-tourism trade and a burgeoning multiracial environmental movement. There are a several inns and guest houses catering to eco-tourists and paragliders, and Wakkerstroom has become a &quot;must&quot; stop for serious bird-watchers, who come from as far away as the United States and Europe to see the Bald Ibis, Botha&#39;s and Rudd&#39;s Lark and, most especially, the Yellowbreasted Pipit. Whether they know it or not, it was Elna who brought them there.Elna&#39;s career as an eco-entrepreneur represents the most recent stage in an extraordinary life. Nursing, insurance and accounting were part of her early career, which also included raising a family of six. Her husband had a bad accident while the children were small, and for four years Elna was the sole breadwinner. She reflects dryly that this period &quot;stimulated her entrepreneurial skills and developed her sense of responsibility.&quot;
With her husband, Elna began her first independent business venture, which was a vehicle maintenance facility, in 1974. This led them to acquire and rebuild their first bus in 1978. The bus enabled them to start Kotze Tours, a holiday tours operation that took predominantly white South Africans on nature and wildlife tours of Namibia. They sold the business in 1986 with a fleet of twelve luxury tour buses. Elna had the idea of developing a new area for nature tourism and spent three years searching for the right place before settling on Wakkerstroom in 1989.
Elna is co-founder and chairman of Wakkerstroom Natural Heritage Association, created in 1991 with the object of identifying, conserving, utilizing and enjoying the sites in the district. From 1994 to 1995, she was chair of the local government for Mpumalanga and coordinated the Council, a significant indication of the esteem in which she is held by the black majority.