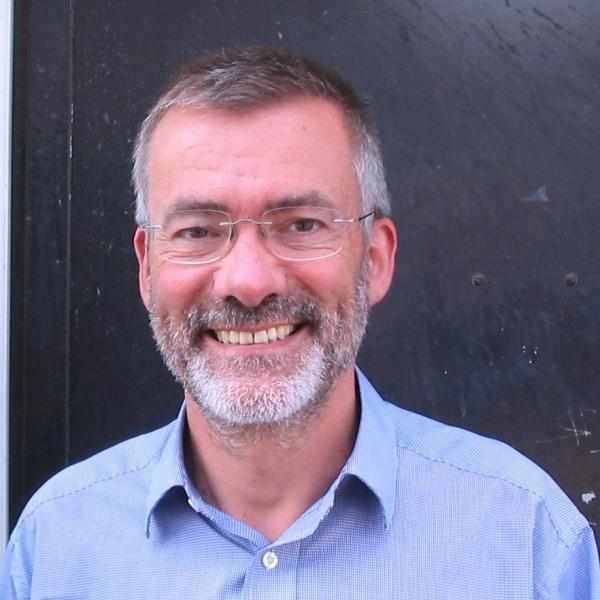 Britain’s welfare state had become expansive and expensive by 1970. Successive governments reined in spending, and increasing reliance on market forces meant that business provided the template for increasingly transactional state welfare. David’s focus instead on building social relationships to cultivate agency and shared purpose translated into a new and replicable design principle for change that would drive both local action and national policy.

David Robinson has spent the last forty years effecting change across neighbourhoods and government ministries by basing collective action on relationships that build trust and shared purpose. His design principle creates the connective tissue required for sustained collaboration to craft durable solutions to problems’ root causes and the financing required to implement them.

David co-founded Community Links in the late 1970s to effect change based on robust relationships. Located in the east London boroughs where David grew up, Community Links designed strategies to engage local residents in articulating and addressing their borough’s most pressing problems. Focus was placed not on symptoms and the inconveniences they caused. Communities engaged instead in early action to focus on their problems’ root causes. And at the core of this work was a shared responsibility to build and sustain relationships with each other and with those whose help was needed. Today’s National Tower Blocks Network, for example, started as a grassroots effort run by the local community to ensure that tower blocks (ie., high-rise public housing) were built more carefully and inspected more thoroughly, and that existing blocks deemed unsafe were torn down and rebuilt. Relationships-driven action informed the work of three other organisations David co-founded subsequently, including a centre that promotes children’s literacy for families across the socioeconomic spectrum. And following his appointment by Prime Minister Gordon Brown as head of the government-sponsored Council on Social Action, David’s relationships-based early action model scaled to five UK government ministries by 2011 and helped to shape a 2015 Welsh law that requires authorities to consider the effects current policies will have on future generations before implementing them.

David believed that relationships-building between sectors should scale, too. Working with others, he pioneered the social impact bond from 2008 to illustrate how collaboration between social entrepreneurs, government ministries, and private-sector investors can solve problems that feed injustice. This innovative financing model has since scaled internationally from the Americas to Africa and has raised to date more than US$400 million. And through his most recent enterprise, The Relationships Project, David is weaving together his 40+ years to “build a better society by building better relationships”.

Britain in the 1970s and 1980s witnessed substantial shifts in how national government addressed local challenges to economic opportunity and community wellbeing. The welfare state had become expansive and expensive, and from the late 1960s government took steps to streamline its services and control costs. And not long after Margaret Thatcher assumed the leadership of the Conservative Party in 1975, emphasis on market forces as the best solution to society’s woes led not only to steep spending cuts for state services but also a shift to more business-like service delivery. Stretched staff had less time to connect with those in need of state support, while those in need found fewer resources and less compassion at a time when they needed both most. In fact, recipients of aid were increasingly considered ‘consumers’ of state services rather than beneficiaries of government care. The simultaneous professionalization of large swaths of the charity and voluntary sectors – another nod to the Thatcherite notion that business alone will best equip society to overcome poverty and inequality – meant values would soon align more with organizational management principles and metrics reporting than to building relationships in the interest of meeting communities’ bespoke needs.

The more transactional delivery of social care didn’t necessarily lead to fewer people relying on it, but it did chip away at welfare state architect William Beveridge’s original intent: to honor the citizenry’s shared humanity by ensuring that no one fell below a minimum standard of wellbeing. Smaller national government accompanied the more transactional approach to giving care. Taxes were cut, and ministries oversaw consolidation of programs. The Home Office for one would soon oversee race relations, women’s issues, and refugee matters, all while regulating both the charitable and voluntary sectors as a whole. The Greater London Council and Metropolitan Authorities – both of which had helped to design and implement policies for community care and improvement – were abolished. And while Thatcher’s government had little interest in sustaining what it considered to be an inefficient social welfare system, it had little faith in (largely Labor Party-held) London authorities to use the public purse responsibly to manage pared-down programs locally. A dearth of new national policy and hamstrung local councils meant looking after the needs of the most vulnerable would fall to others. Public faith in the welfare state as Beveridge envisioned it was sufficiently shaken – as was trust in government to protect and preserve it.

David has empowered local communities to solve their most pressing problems and effect change by recognizing the importance of and prioritizing strong interpersonal relationships. Strategies at the heart of this work have been refined since the 1970s but remain largely the same. Some inform the process by which David engages and empowers communities. Others provide the architecture that ensures relationships-driven change takes root and scales.

David’s change process rests on community engagement and collaborative solution design. Politicians pay attention to how policy aligns with local needs but often forget to honor the personal stories that illustrate what those needs reflect. David shifts this top-down dynamic by engaging, listening to, and learning from communities seeking change. The Newham neighborhood where Community Links began was struggling. But rather than peddle their own solutions, David and his colleagues repurposed a double-decker bus to engage local children and their families in play. The conversations that unfolded as trust was built highlighted issues the residents cared about most. This guided subsequent shared work, such as efforts to make tower blocks on council estates safer. Residents led this work and formed the Newham Tower Block Tenants Campaign to advocate for more safely constructed buildings. This, in turn, led to a 1983 national tower blocks conference at which councilors, MPs, engineers, and architects all took time to listen to each other and to community members themselves. Changes in how tower blocks were designed and built both nationally and overseas followed. Newham residents’ conversations with local councilors drove much of this work, and the mutual respect and shared interests at its heart provided the foundation for collaboration. Communities in Hungary, Canada, and the United States would soon follow Newham’s lead. This process informed the Early Action Task Force David would lead years later to scale his relationships-based change model to government ministries. And David’s skill at expressing in writing what he’s learned experientially means even more are empowered to take action. Change the World for a Fiver, a book he co-authored in 2004 that has since sold 1.5 million copies, provides practical steps anyone can take to contribute to social and environmental sustainability. And since early spring 2020, David has been synthesizing learnings about the role that relationships and community play in responding effectively to COVID-19 in his Relationships Project Observatory.

David also puts in place the architecture that will help community-generated change to scale. He led on the design of Community Links’ innovative ‘social sponsorship’ funding strategy in the mid-1980s to fill the gap left by sharp decreases in public spending during the Thatcher years. This ‘Action Match’ initiative built relationships with the business community to invite direct sponsorship of Community Links work. A decade later, David engaged local authorities to identify barriers to more effective government support and designed Social Enterprise Zones (SEZs). These SEZs enabled community members across Newham to innovate collectively on how to use publicly sourced budgets in more impactful ways. David’s subsequent work co designing social impact bonds and then overseeing the world’s first project funded by them – the Peterborough prison project – would help to scale the new funding model globally. In fact, there are more than 140 active social impact bonds currently on several continents. More than US$400 million has been raised to date to fund projects. And David’s leadership on the Council on Social Action and the Early Action Task Force – enabled his relationships-driven community empowerment model to scale across the public sector.

By focusing on the power of communities to generate shared solutions to their own problems and then designing the architecture needed to scale them, David has challenged conventional narratives on the source of power and who’s best placed to exercise it. He’s crystallized core principles of changemaking that are rooted most firmly in relationships-based values, regardless of the context in which that work is done. Elements of his model have scaled internationally, changing how social welfare projects are funded. David’s emphasis on compassionate state support - rooted first in relationships centered on our shared humanity – has bucked the trend of transactional delivery of social welfare.

David counts himself lucky for having had a secure and loving home as a child. He grew up in east London, where many experienced more difficult lives. David remembers being angry about the injustice he saw around him because those who suffered from poverty and those who didn’t seemed random. He was convinced that the level of inequality he witnessed was wrong. And he points to these early experiences as the start of his now four-decade-plus journey in community empowerment.

David was just 17 years old when, along with close friends, he founded Community Links out of a repurposed double decker bus that was driven from estate to estate The team quickly grew thanks to David’s recruitment efforts at nearby schools. He was soon struck with the importance teamwork played as the organisation grew. He noticed that as Community Links empowered local residents to lead on designing solutions to their shared problems, some were so enthusiastic that they came to dominate shared discourse. Their influence on the work became disproportionate, and other community members who may have spoken up didn’t. David realized then the need for a new, more participatory form of leadership that catalyzed everyone’s potential.

It’s this loyalty to teamwork that finds David struggling with the conventional definition of ‘social entrepreneur’. He believes it too often promulgates a ‘heropreneurship’ narrative that inaccurately assigns innovation and social impact to individuals rather than the teams that were necessarily part of their trajectories and success. David is self-effacing and still refers to himself as a community worker, even though he’s founded four organisations, co-authored a book that sold one million copies worldwide, changed how UK government ministries serve the people, and created new funding mechanisms for social welfare projects that have scaled internationally. But one of David’s favorite quotes from US President Harry S Truman sheds light on his rationale: “It is amazing what you can achieve if you don’t care who gets the credit.”