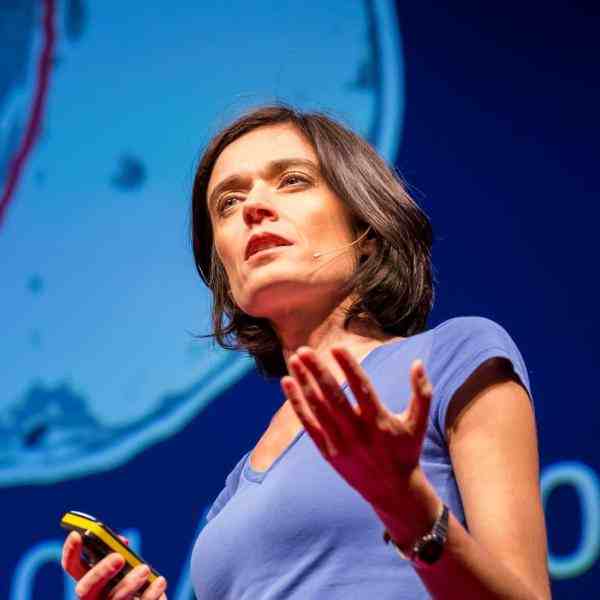 Although stroke is often perceived as occurring primarily among the elderly, it also strikes infants, and can even occur before birth. It is one of the top ten causes of death for children, yet public awareness is extremely low, early detection is limited, and rehabilitation is inadequate. Francesca has applied some of the most pioneering research on the human brain to improve care for young stroke victims using technology while empowering families to play a greater role in their children’s healthcare needs.

Unlike stroke affecting older people, whose incidence can be prevented through a healthy lifestyle, the causes of infant strokes are largely unknown. The phenomenon is more widespread then perceived, with 2-3 every 1000 newborn affected. Through her organization, Fight the Stroke (FTS), Francesca Fedeli is developing a holistic approach to the issue of pediatric stroke, which has far reaching implications for the treatment of a host of other illnesses. She provides families with a coping mechanism to understand what has happened to their children, to feel supported by an international network of parents who share the same situation and to engage in their children’s rehabilitation at home.
Francesca has designed a rehabilitation toolkit which marries technological games and tools with face-to-face home rehabilitation. By applying the latest scientific findings on the brain cells responsible for imitation and empathy (known as mirror neurons) she created a wholly new approach to rehabilitation using wireless videogame technology (based on Microsoft Kinect system). Children get better while playing games, and crucially, the software collects data on each body movement, proposing an ad hoc rehabilitation based on each child’s progress. The collection of data in the long run could also provide a scientific foundation to better understand child stroke and improve its cure, and create a new, integrated model of illness care. By moving rehabilitation from the hospital to the household, parents are also feeling the therapeutic benefits of being directly involved in their children’s improvement. Francesca is harnessing the healing power of empathy –the parent/child bond – to accelerate health outcomes among patients, and empowering parents to rehabilitate their own children. Her combining of video game technology and harnessing the power of empathy has the potential to profoundly transform rehabilitation and cure for all types of traumas.
Francesca began her work in Italy, but after a fellowship in the United States, she is mobilizing an increasing international community of parents to raise awareness on the issue and connect them to the scientific and medical sector. FTS has increased its scope internationally with families engaged through the International Alliance for Pediatric Stroke and the first advocacy and support group in Italy, reaching today more than 200 parents!

Blood must flow to and through the brain for it to function; if the flow is obstructed then the brain loses its energy supply, causing permanent damage to tissues, leading to stroke. The consequences are motor, cognitive and behavioral problems. Data on infant stroke is scarce, but statistics confirm that 2 million young people under 35 are affected by stroke every year. Many of them are children. Of 1,000 newborn children, at least 2-3 are born with a perinatal stroke. Without a global registry, the incidence rate may be 2 to 4 times higher than published estimates. Signs of a perinatal stroke may go unrecognized for months or years because the symptoms can be subtle in very small babies who do not (and are not expected to) walk or talk. Late diagnosis leads to late intervention, missing the highest peak of brain plasticity and thus the biggest chances for the child’s full recovery. Francesca and her husband discovered that their son, Mario, had been affected by a stroke only by chance: the hospital where he was born was undertaking an unrelated research trial that involved a brain scan of all children born in a given period.
Once a pediatric stroke is detected, rehabilitation can be time-consuming, expensive, stressful and ineffective for families. Current rehabilitation efforts follow adult physiotherapy and occupational therapy procedures, which are carried out in hospitals or clinics by doctors. As a parent of a child with stroke, Francesca experienced first-hand the struggle to be part of her son’s rehabilitation process, which involved frequent visits to the hospital and repetitive, ineffective rehab activities. She understood that her own confusion was a problem of world magnitude—in areas far beyond stroke -- and decided to do something about it.
Francesca also addresses the needs of the parents of young patients. Lack of information on the causes or the consequences of stroke leaves many of them feeling lost, depressed or often guilty that they may have done something wrong during pregnancy. Support groups are a starting point for making them feel less lonely and more confident. Being actively involved in their children’s therapy at home also seem to have therapeutic effect on them.
These issues of early diagnosis, rehabilitation and parental involvement fit in a wider problem of misperception of stroke, both among the public and in the medical community, where there is almost exclusive emphasis on adult stroke. As a result of low global public awareness, the resources dedicated to research in infant stroke are insufficient. Francesca believes that information technology has provided many parents, even without a medical background, with the opportunity to understand in depth their children’s condition and to help hospitals to device better healthcare solutions. She calls this open medicine, a new system in which the relation between patients (or their parents) and the doctors is rebalanced. This, combined with the development of advanced technology available to more people as well as promising scientific research, could provide a possible turning point in the role that families play in healthcare, whether they are affected by stroke or a variety of other diseases or conditions.

Francesca has always shown leadership in making change happen. She then began a career in marketing, communications and corporate social responsibility. Starting in several food companies, she then moved to American Express to build from scratch its first corporate marketing department in Italy. She then moved to ING and was instrumental in developing the first model of direct bank in Italy. Her life changed profoundly when her son Mario was born. Through her journey dealing and managing her son’s stroke, Francesca grew stronger, more determined and began to think bigger. Four years later, Mario is in an entirely different place than his doctors originally predicted – he is walking, talking and taking part in FTS’s awareness campaigns. Francesca was determined that other parents have access to her experience, and she founded FTS in 2013. In 2014, she left her marketing job with ING to fully dedicate herself to this mission.
Over the years, Francesca has established herself as an international thought leader and influencer on the topic of pediatric stroke, open medicine, citizen science and crowdsourced solutions in healthcare. Following her TED Talk, which has received more than 900,000 views, she was invited to sit on the Board of Directors of the International Alliance for Pediatric Stroke. Most recently Francesca further solidified her position as global thought leader by publishing a book translated to Fight and Smile: A Story of Love and Science.
In June 2015 Francesca has been selected as the First Ashoka Fellow in Italy, entering a network of leading social entrepreneurs, as the Nobel Prize Kailash Satyarthi and other 3000 professionals with unrivaled commitment to bold new ideas, who have innovative solutions to social problems and the potential to change patterns across society.