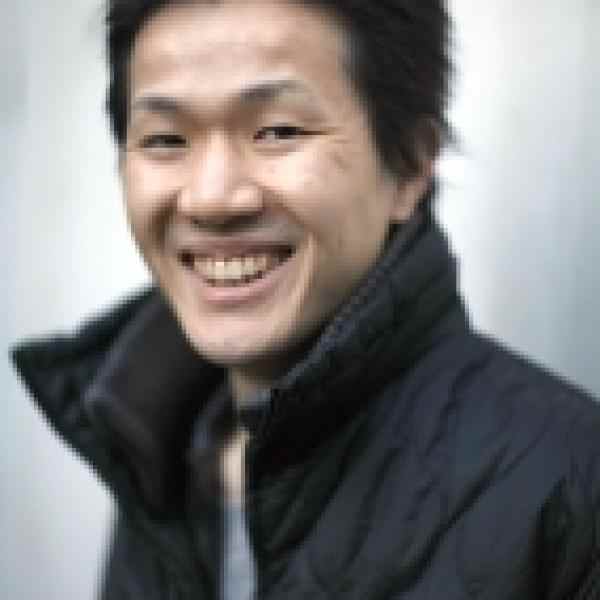 Takashi Kawazoe is extending access to health care in Japan through new career paths for nurses working outside hospital walls. A key element of his approach is a system of self-check medical stations where patients access information about their health and preventative health measures; quickly, inexpensively, and locally.

Through CarePro, Takashi is spreading his “one coin diagnosis”. For JPY 500 (app. US$6) people can have a simple physical check-up on street corners, in train stations, or in department stores. They can test themselves to measure blood-sugar levels, total cholesterol, liver function, bone density, blood pressure, and lung health among other things. Results come back within ten minutes. Although actual treatment is not provided, nurses are available to consult with patients after they receive their results to provide information on prevention strategies and, if needed, how and where to seek medical treatment. The clinics target people working with computers who tend to suffer dry eyes, smokers who are likely to have weak lung functions and middle-aged or older women concerned about bone density.

Traditionally, most post-graduate nurses (app. 50,000 annually) work in hospitals—employed under physician supervision— because it provides benefits and opportunities for further training, and therefore, upgraded qualifications. However, there are many aspects of working in a hospital that are unattractive, such as being unable to control working hours. With CarePro, Takashi has created a new career option with shorter hours that is more independent and that is still very satisfying because it is an important service. Since nurses at the check points refer those with real needs to doctors, CarePro is as attractive to the public, and to doctors as it is to patients. Takashi has created a win-win for nurses, doctors, and public health.

A number of factors deter and even prevent people in Japan from receiving timely information about their own health. Health check-ups are conducted only during normal business hours, which means patients cannot receive a check-up on weekends or weeknights. For those available during the day, an appointment must be must be made three to six months in advance, otherwise, patients must be prepared for long wait times. All this discourages both workers and parents without access to daycare from seeking regular check-ups. As a result, 40 percent of Japanese adults do not get medical check-ups. Japan’s aging population will increase demand on the existing, inflexible health system, which will only lead to greater gaps in health care provision.

At the same time, there is massive underemployment of nurses. There are two million qualified nurses in Japan, but only one million are working as nurses. Part of the problem involves disincentives for hospitals to hire more nurses. According to the present Japanese system, the government subsidizes hospitals for employing full-time nurses but not part-time nurses. Therefore, hospitals are deterred from hiring part-time nurses. Takashi believes that creating opportunities for nurses—particularly highly motivated ones right out of college—to help patients access and interpret information about their health could be the key to improving health outcomes in the country.

Takashi’s “one coin” self-check medical stations are changing health awareness in Japan. They are located in convenient places, are easy to access, and quick to use. People who use his stations are generally concerned about their health, but there are also many people who are being drawn to the novelty of the stations and the friendly approach of the nurses thus increasing the number of people becoming informed about their own health status.

Takashi has been successful in using the media to position careers in the medical field outside of the traditional hospital environment as a positive choice for young people. His initiatives have appeared in television programs such as Japan’s National Public Broadcasting and in articles in NIKKEI (Japan’s leading financial newspaper), to name a few. Takashi and his work have appeared in 400+ different media outlets.

Takashi’s expansion plan ensures sustainability and broad impact. When he expands into new areas, he transitions through partnerships and by franchise affiliations with highly recognized companies. His organization is structured and has a culture designed to work comfortably with business. Takashi wants to reach as many people as possible with his medical stations and believes CarePro is the best way to do it sustainably.

Takashi is also preparing an initiative to win greater acceptance of autistic children. Here he again creates new opportunities for nurses, in this case working with the parents of such children.

Takashi was hospitalized for pneumonia as a child. He remembers his parent’s anxiety while he was ill. From that experience, he decided early on to stay healthy so that his parents would not worry about him. He engaged in many sports from kindergarten and was immensely interested in the functions of the human body. When he heard that cola melts bones, he tested this by using chicken bones and saw that the bones actually did melt. Takashi was excited to share the findings with classmates and teachers.

Takashi’s fascination with the human body led him to study nursing science at Keio University. As a freshman, he worked as a nursing assistant at Keio Hospital. Though he only did this for a short time, the experience was life-changing. He witnessed many deaths, which he knew was different than deaths at a hospice. At the university hospital, a corpse is taken to the mortuary and the families are not given a chance to see the deceased. During his time at the hospice, if a family member wanted to bathe their father’s body one last time, Takashi helped them. At first, he was scared by these requests, but when he saw how this helped the families grieve, he realized the importance of this type of care. In a hospital, the clothes are left the same when a person dies, but in the hospice, the deceased’s favorite clothes are put on. Takashi left realizing the importance of nurses being involved in this aspect of care.

After college, Takashi worked for a medical management consulting company for one year and then worked in a ward for diabetes patients at University of Tokyo Hospital. After these experiences, Takashi was ready to found CarePro Inc. The impetus behind CarePro was a patient he met who had his leg amputated because he ignored the symptoms of diabetes and ended up on dialysis. His expenses were six million yen for medical care alone, and Takashi was motivated to start a medical initiative based around preventative medicine.

Since the launch of CarePro, many companies have replicated the one coin diagnosis that CarePro began. Takashi is now focusing on quality control and is establishing an organization to certify one coin diagnostic services that model the CarePro standard. In the long-term he hopes to continue to provide training to nurses, stay up to date on self-check medicine, and develop relationships with those who want to use his model. Takashi wants to have stations all over Japan and the world.