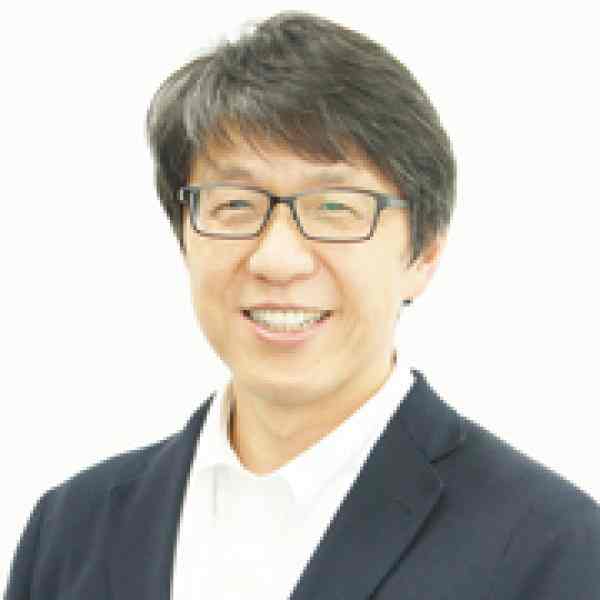 Michihiko is revolutionizing the way Japan thinks about used materials by creating a Consumer-Participated Recycling Culture, whereby used clothing and such electronics as cell phones can be recycled and turned into bio-ethanol and precious metals, without leaving any waste. His method loops in both corporation and individual consumers as active players in the circulation of used produced into energy resources.

Michihiko aims to create a “Consumer-Participated Recycling Culture” (CPRC), in which every person helps to make the earth more sustainable. In order to reach this goal, his efforts include changing the general mental attitude towards used materials, by redefining garbage as a resource that can produce fuels, and therefore transferring the responsibility to “clean up” from local governments to the private sector. He connects the importance of his work to the rampant fighting over natural resources worldwide; he sees his efforts as mitigating the issues caused by petroleum dependency.

His strategy to promote environmental sustainability in Japan starts at the grassroots level, where he fosters the transformation of kindergarteners into changemakers – these youth become responsible for their toys and stationary; teaching them early that their actions can contribute to world peace. Michihiko also sees recycling as an active business that can yield economic profit, broadening its base from just an “environmental issue” that belongs to environmentalists in the non-profit sector. He is also confident that by promoting the culture in which everyone participates in the recycling of clothes and plastics into fuels, Japan`s currently low oil self-sufficiency rate can increase.

45 million tons of consumer garbage is discarded in Japan per year. If all this garbage were to be processed in a plant, it could create 11 million tons of ethanol. Meanwhile, the Japanese consume 190 million tons of oil per year. Therefore, if all garbage is recycled into bio-ethanol, Japan’s current oil self-sufficiency rate of 4%, one of the lowest in the world, could rise to 10%.

Currently, there is established technology for recycling inorganic materials such as metals but there is no effective system for organic materials. The technology to recycle polyester and nylon does exists, but cotton has been left behind in the recycling system due to the absence of a relevant technology; 85% of cotton clothes -mainly T-shirts - are burnt in Japan. Meanwhile, the technology to extracting bio-ethanol from corn and sugar cane both developed and boomed around 2008; however, the result yielded a hike in corn and sugar cane prices.

In Japan, a person needs a successful track record, in addition to a new idea, for people to respect and work with him or her. In order to gain full trust, Michihiko’s strategy involved the creation of a community in which major business corporations collaborated with consumers to participate in this new way of thinking about recycling and garbage; his method is predicated on looping in major corporations and consumers as players in the circulation of used products into energy resources.

With a successful collaboration trial with Japanese retail giant, MUJI, Michihiko was able to prove that consumers felt more connected to the recycling process when they were able to return their clothes back to the store in which they purchased them. The trial also showed a direct correlation between the newly founded recycling process and an approximately 4% increase in store sales. After the trial, Michihiko persuaded the two largest supermarket chains, Aeon and Ito-Yokado, to join the model/movement, selling them on the economic benefit of the idea as well as the importance of working together towards achieving cultural change; to involve competitive commercial entities for a larger altruistic goal was unheard of in Japan, yet this kind of win-win partnership is ubiquitous in his innovation.

Michihiko further transformed individuals’ mindsets about recycling by privatizing the recycling service; he did this by including a company known for high quality transportation services. Traditionally, used clothes or used goods were considered “garbage” and were therefore picked up by garbage trucks from businesses affiliated with local governments. By intentionally choosing the courier service for valuable goods, “used clothes and products” were no longer considered “garbage,” but instead precious resources.

The Fuku-Fuku Project, as it was later named, has been in full force as of 2010, with over 130 retail partners and 41 participating kindergartens. The success of the earlier trials brought on more commercial support, while support and funding from the UN’s Education for Sustainable Development (ESD) campaign allowed Michihiko to reach a much more impressionable clientele, by sharing the teachings of the new cultural change to pre-school children. After the Fuku-Fuku model proved successful, JEPLAN launched another program called Pla Plus Project in which JEPLAN focused more specifically on kindergartners and their abilities to develop their changemaker skills. 15,000 preschoolers have participated in this project by bringing old plastic toys and pens to be recycled. Due to the success of the program, Michihiko decided to further expand the idea across borders and implement the same model with schools in India, with the idea of transporting the used toys from India to Japan in order to recycle and send back profit generated by it. Furthermore, stores such as Toys R-Us Japan and Bandai Inc., the largest toy company in Japan, joined the recycling movement and JEPLAN is now researching the possibilities of expanding into Bangladesh.

Before JEPLAN, Michihiko, as an employee of a textile company, started and lead the movement that raised PET bottle (soda and water bottle) recycling from 20% to 85% in Japan between 1994 and 2006. While he was leading this movement, he continued to think about the possibilities of recycling cotton. There was no method to recycle cotton before JEPLAN although 85% of cotton clothes were discarded as garbage and burnt in Japan. Before 2006, it was theorized that bio-ethanol could be produced from cotton using enzymes, which encouraged Michihiko and his JEPLAN founding partner, Takao, to believe that T-shirts could also be turned into bio-ethanol. In 2006 they decided to run a test at Osaka University’s lab. The test used enzymes as a catalyzing agent in order to turn cotton into ethanol. The test resulted in their favor.

JEPLAN was officially formed in 2007. Michihiko had successfully brought together corporate businesses, private sector companies, and consumers in a new effort to create a Consumer-Participated Recycling Culture. Furthermore, Michihiko’s efforts of unity could be seen by his ability to reach their funding goals in order to continue growing. JEPLAN had private fundings from Mitsubishi Shoji Inc. (who also helped them get off their feet by providing physical space) and other major corporations, loans from banks who redefined their rules simply because of JEPLAN’s mission and integrity, government grant support, along with support from 130 other businesses. By 2010 JEPLAN managed to create a stable Consumer-Participated Recycling Culture by recycling mainly cotton clothes and cell phones. Of the estimated seven million cell-phones discarded per year, JEPLAN has been able to recycle four million. JEPLAN also continued building win-win relationships as the company expanded. One company offered the use of their plants in exchange for the extracted rare metal by-products of the recycling process. And then the Ministry of Environment commissioned them to explore the possibility of technology to recycle plastics based on the trust they established. He had an experience with Polyetheylene Terephthalate (one kind of plastics PET soda bottles are made of) but technology to recycle other kinds of plastics did not exist globally. Through their research they found a technology developed by an American company supported by a US Green Energy grant without future plan to put in implementation. Michihiko decided to contract licensing partnership with the company to implement the technology for the first time in the world.

JEPLAN is scheduled to build its first independently-owned plant for recycling cellular phones (total cost is five hundred million yen or six million US dollars) into bio-ethanol in 2016 and another plant for producing ethanol from plastics, cotton, etc. (total cost is four billion yen or fifty million US dollars) in 2017 in Kita-Kyushu City. Building costs have already been successfully raised from private investors and JEPLAN is scheduled to offer an IPO in 2016 to collect more funds.

Michihiko thinks it will take many years before the culture is thoroughly permeated throughout Japan and beyond. He sites that it took 12 years for the rate of recycling PET bottles to grow to 85%.

Michihiko was born in 1965 into a prominent business-owning family in Kyushu called “Omi Merchants.” Omi Merchants in the 18th century were known for their philosophy that merchants contributed to the well-being of the consumers and prosperity of the community they worked in through their businesses. He grew up watching how his mother, who married into the Iwamoto family, maneuvered her way into managing the largest department store chain along with other businesses in Kagoshima City, loyally inheriting the spirit of Omi Merchants. He and his wife live in Tokyo with their two small children.