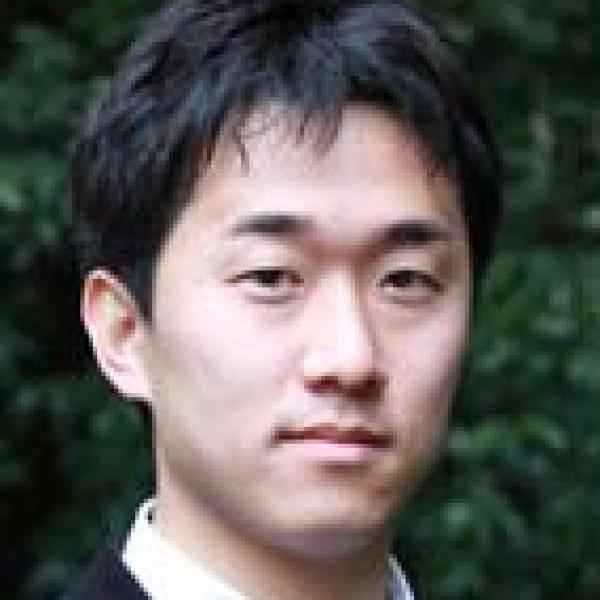 Junto Ohki uses information technology to promote full citizenship of the deaf community in Japan by developing an online database of signs, thus increasing access to basic services and removing barriers between global sign languages. Junto is the co-founder and president of ShuR Group, the company behind a technology that combines aspects of social media and social enterprise to create the first sign language dictionary in the world, called SLinto, a Wikipedia for signs.

Junto is the co-founder and president of ShuR Group, the company behind a technology that combines aspects of social media and social enterprise to create the first sign language dictionary in the world, called SLinto, a Wikipedia for signs. He is starting with 101 words but aspires to eventually include 126 languages in the dictionary. Junto has developed a keyboard which has simplified how to look up a word or sign while making it possible to directly translate from one language’s sign to another. Junto has also developed an online website which can capture the world’s 126 sign languages while providing links between the languages that never existed before.

This idea is systems-changing in the way that it facilitates the evolution of sign language while it also incorporates the deaf community it seeks to benefit as part of the decision-making process. Junto has created a crowdsourcing platform where deaf users can vote on the usage of certain words and based on the response, create a user-generated dictionary that standardizes Japanese Sign Language. This not only involves the deaf community and grants them direct responsibility in normalizing the language, it doubles as a data mining tool that allows interested parties to better understand the words that are commonly used by deaf people, specifically technical terms such as health, mechanical, or other specialized vernacular.

Junto not only wants to standardize Japanese Sign Language through his technology, but he hopes to provide efficient access to services and information that enable the deaf community to become full participants in society. He is addressing the issue of access by providing new forms of entertainment, travel documentaries, emergency web-based translation services, and social services.

The deaf community in Japan does not experience full citizenship globally and has historically been marginalized. For thirty years, the Japanese government has endorsed lip reading over sign language for the deaf community with the result that now the government is playing “catch up” in order to quickly solidify the language. This has resulted in the haphazard and inefficient formalization of sign language. In recent years, the Japanese government has paid over US$10 million to identify 100 standardized signs.

50.2 percent of students in Japan matriculate to university, while only 16 percent of the deaf community attends college. In 2008, deaf people still could not obtain a driver’s license, become a pilot, a pharmacist, or engage in many other professions or career paths. In the Japanese Congress (Parliament) only one person is deaf compared to fourteen blind politicians. Additionally, the deaf community is more vulnerable without regular access to health care information and emergency services.

All of these issues correlate back to a lack of ownership of sign language by the deaf community. There are 126 different sign languages in the world without a mechanism to translate between them as there is no sign language-written dictionary. This means deaf people who use sign language as their mother tongue have a difficult time learning the written language.

With this dictionary, deaf people can search for a word that they don’t know in written language by sign language. It will help deaf people to better learn written language. The situation is further complicated by the fact that in one country there may be several signs for one word (in Japan there are twenty different signs for the word “egg”). Furthermore, if an individual is born deaf, their ability to form sentences varies quite largely from those that develop deafness at some point later in their life.

Junto’s development of the dictionary for sign language encompasses a number of components that include not only design but functionality that mimics Wikipedia. Junto is capturing sign language in a dynamic way. The main ideal behind the SLinto Dictionary is that deaf people can actively participate in shaping the content. People can take a video of sign language, upload it to the website, edit words, search for words, and evaluate and critique other user’s work. This is the world’s first cloud sourced, interactive sign language dictionary platform.

Junto’s long-term goal is that in ten years, the site will no longer function just as a dictionary but as a portal site for deaf people all over the world and provide all the necessary information to obtain information as well as to communicate.

Junto’s father worked a day job for six months before he quit and taught semi-professional golf for ten years, later becoming a professional golfer. His mother is a piano teacher. Both of his parents are entirely self-taught and self-employed. One of Junto’s grandfathers was a Mahjong champion and the other produced uniforms.

Growing up, Junto learned what it meant to be discriminated against. As a fifth grader, he stood up for a friend being bullied by his peers, and as a consequence, the group (including the friend) gave him the “silent treatment” for months. Finally, Junto reached out to the head of the group and broke the pattern. Junto was faced with this issue again as an exchange student in Livonia, Michigan. Initially, he was not openly welcomed by many of the students. On the soccer field he faced a lot of harassment. He was able to break this cycle again and became quite popular, being chosen “Honorary Homecoming King” even though exchange students were not allowed to be on the Homecoming Court. Though Junto was able to break through these social barriers, it was during these early experiences of isolation that he learned empathy for the isolation experienced by the deaf community in Japan.

Though Junto is not deaf, nor does he have anyone in his life that is, his organization is built around the deaf community. His initial interest in the deaf community was sparked in junior high when he viewed a program on TV about sign language. Junto fell in love with the art of sign language and observed how the intricacies of different gestures and hand movements could convey meaning. While at university, he started a sign language group on campus. He was contacted (based on his leadership of the group) by a famous singer to sign for her during the annual holiday program. At the time, Junto did not know how to sign so he forced himself to learn in six months to be able to do this event for which he received strong support from the deaf community for his skills. It was also at this point that he realized how little entertainment was accessible to the deaf community. Based on this demand, he started an Internet-based travel program. In order to find hosts for these travel programs he reached out to the deaf community in his neighborhood. These were Junto’s first encounters with deaf people. While the TV program was Junto’s ultimate objective, he learned the challenges that deaf people face by traveling with a deaf neighbor to Kamakura. This led to other ideas.