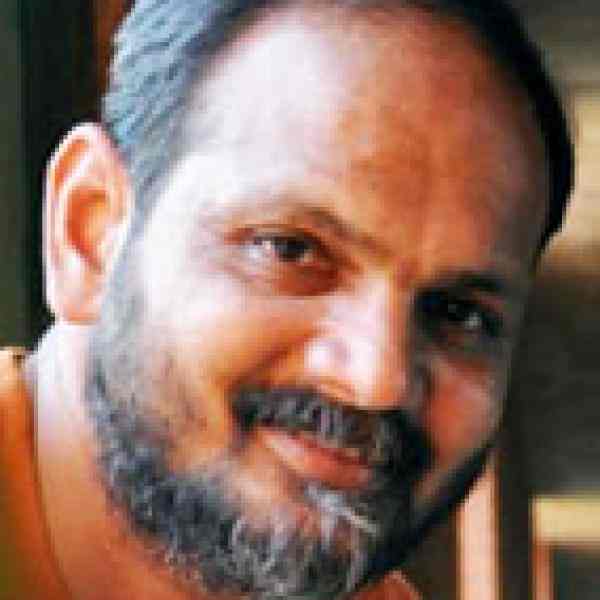 Featured in The Rise of the Reluctant Innovator, by Ken Banks (2013)

Brij Kothari has leveraged the ubiquitous presence of television in rural India and the billion-strong Indian population’s voracious appetite for film songs to infuse reading practice into entertainment. By creating a technological tool devoid of any major infrastructural inputs and hence easily replicable, Brij has demonstrated a model that can spread globally.

Brij’s Same Language Subtitling (SLS) program makes reading practice an incidental, automatic, and subconscious part of popular TV entertainment, at a low per-person cost. SLS refers to subtitles on film song programs, in the “same” language as the audio. Thus, Hindi programs are subtitled in Hindi, Tamil programs in Tamil, and so on in every language. The basic idea is, what you see (text) is what you hear (audio), and the two reinforce each other. The power of SLS lies in the fact that it is covertly educational. No extra time, transport, and money needs to be set aside, as reading becomes a home-based experience complementing other reading and literacy work.

Over 500 million people in India, about half of India, has access to television and there are 27 million more rural viewers than urban viewers. There has been an annual increase of 10 percent in the number of houses with television. While media has been a major conduit for the government to spread awareness about literacy, Brij’s approach uses television to introduce reading practice in a non-intrusive manner. The subtitles are simply hitched on to the regular programming by the state-owned television channel, Doordarshan. Since the technical cost is very low and SLS can be implemented nationally without any additional infrastructure associated with schools, Brij’s program has now attracted government interest.

Brij is expanding into a new for-profit venture, BookBox, which aims to provide an affordable “book” for every child in every language. These animated audio-visual “books” for children are culturally-rooted, available already in 20 languages and can be distributed over a variety of existing Information and Communication Technologies (ICT) in the developing and developed world. A viewer would be able to select from a multicultural/multilingual selection of books. Books would be read with the text of the audio appearing as perfectly synchronized Same Language Subtitles (SLS) at the bottom of the animation.

According to the 2001 census, India’s literacy rate was 65.4 percent. Officially, the population aged seven and above comprised 562 million literates and 296.2 million non-literates. An independent study by AC Nielsen’s ORG-Center for Social Research however, revealed a different picture—when people were asked to read a simple paragraph at Grade 3 level. It was estimated that the 7 and older population of 858.2 million in 2001 comprised approximately 103 million literates, 312 million early-literates (main target group), and 444 million non-literates. This estimated number of non-literates was significantly higher than the official figure of 296.2 million.

This low level of literacy can be attributed to a great degree to frequent relapse into illiteracy or stagnation of semi-literates’ skills following short stints in school and adult literacy programmes. A key factor responsible for India’s slow progress with literacy is infrequent reading outside the classroom, sometimes due to lack of opportunity and/or individual motivation but more significantly due to the absence of a reading environment. In rural India, the child is often a first generation learner and parents cannot read to children. If a child does not develop basic reading skills early on in school, she loses interest in schooling, her self-esteem is adversely affected, teachers label the child “dull,” and parents, assuming that their child is not fit for education, pull the child out of school.

The national strategy in response to rising dropout rates and relapses into illiteracy has been to set up libraries and create newspapers, magazines and other reading material designed for neo-literates. Generally in these programs, the contact with participants tends to be short term and costly, serving only a small percentage of the partially literate population. Moreover, these strategies require the learner to be highly self-motivated for lifelong literacy.

SLS achieves three different objectives for three different populations: subconscious reading practice for millions of early-literates, motivation for non-literates to become literate, and enhanced entertainment for literates. Brij has identified that a love for film songs is one thing common to all Indians. Songs subtitled in the same language as the audio, subtly motivate the non-and early-literates to rapidly improve their reading skills.

If a child is exposed to SLS, from age 0-5, she would have been familiarized with print on television along with song-based programming and animated children’s books. She will start picking up some basic print concepts, e.g., how print moves from left to right, the one-to-one correspondence between sound and text, and formation of words by joining letters. The presence of a literate adult or sibling in the family, participating in this activity, creates a strong association for reading. By age six, when the child starts school, a strong interest in reading and basic print concepts become a starting point.

Brij’s strategy is not limited to improving literacy through popular culture or animated books—he has used subtitled folk song recordings to spread social awareness messages on issues such as women’s health, human rights, sustainable agriculture, etc. These programs are more interactive and hook the viewers through contests; helping them to thoroughly imbibe the social message.

Brij has a language team in Pondicherry, South India that is fluent in all Indian languages and works on the translations. The subtitling team is based in Mumbai and equipped with state-of-the-art technology. Doordarshan sends them the pre-recorded programme a few days prior to scheduled telecasting. With clockwork precision, the subtitling team completes the actual subtitling within three days and sends it back to the television channel for telecast. Brij has also set up a research team in Ahmedabad to help measure SLS’s impact on viewers’ literacy progress. The team measures various aspects of literacy such as print exposure of holding the text in the right way, familiarity with alphabet, ability to read words and reading speed. When required, the team draws on the research talent available in Indian Institute of Management (IIM) in Ahmedabad—the country’s top management school.

SLS has been implemented in India on two nationally telecast Hindi film song programmes reaching 100 million early literate viewers for 90 minutes every week. One subtitled Hindi film program shown nationally on prime time gives 30 minutes of weekly reading practice to around 100 million partially literate people per year if one subtitles existing programmes. Brij’s tenacity helped him get past road blocks in the television bureaucracy to get SLS added to existing programmes. Its state-specific implementations have been used to reach early-literate viewers in Gujarat (15 million), Maharashtra (32 million) and Andhra Pradesh (20 million) and the idea is spreading to West Bengal, Tamil Nadu, Karnataka, etc., in collaboration with Prasar Bharati, the Broadcasting Corporation of India. Brij’s organization, PlanetRead is at present creating audio-visualized folk songs in Telugu from Andhra Pradesh. The next state will be Gujarat. The goal is to similarly spread this model to different states in India and other countries.

With their initial scepticism overshadowed by the success of SLS, state and national education departments are now eager to fund SLS programming. In 2002, SLS was a winner in the Development Marketplace, the World Bank’s Global Innovation Award. Brij’s innovation has also been recognized by the Institute for Social Inventions, UK and the Tech Museum of Innovations, San Jose. PlanetRead is now poised to spread their work simultaneously in South Asia and Latin America. Sri Lanka, Bangladesh, and Ecuador are Planet Read’s next targets. For South Asia, Brij has leveraged his relationship with IIM to route state support for SLS and create a base for South Asian operations. Brij has also set up a California office from where accessing the international market with the BookBox product will be easy. His U.S. office is a strategic decision stemming from his entrepreneurial acumen to help him in revenue generation by being in the midst of the venture capitalists in Silicon Valley. With global expansion, PlanetRead will be partly funded by the sale of BookBox products and partly by foundations. For example, Google Foundation recently decided to support PlanetRead in India for national implementation of SLS and earlier, while Hewlett-Packard supported SLS in Andhra Pradesh state.

Brij’s father was a business entrepreneur who started one of the first schools in their district town. The youngest of four brothers, Brij had a flair for languages and also music, playing the guitar and the flute. His father scouted the entire country for the best education for his children, finally settling on Sri Aurobindo International Centre of Education (SAICE) in Pondicherry, a unique school that emphasizes the development of the mind, body, and soul through a rigorous and well-rounded regimen of academics, sports, creative thinking, and spirituality, but without the rigors of examinations. The entire course until graduation was in French and English along with a major emphasis on Sanskrit. Brij also learnt Hindi, Bengali, and some Italian.

Brij decided to pursue physics at the Indian Institute of Technology (IIT), Kanpur where he had his first tryst with examinations. Having lived in the seclusion of the Ashram and then IIT, Brij felt the urge to see the world and enrolled in Cornell University. He completed his doctorate studies in the field of conservation of indigenous knowledge and worked with Andean farmers in Ecuador. He also learned Spanish, and extensively traveled in and around Latin America. He financed all his trips to Latin America by selling the Ecuadorian hand-knit woolen garments in the U.S. At the end of his PhD, he published his ethno-botanical research in a bilingual book in Quichua and Spanish.

During a break from dissertation writing in 1996, as Brij was watching a Spanish film on video with English subtitles, the thought hit him that if all Hindi film songs were subtitled in Hindi, on television in India, it would bring about a revolution in literacy. After the completion of his academic pursuits, he decided to come back to India and, in late 1996, joined the faculty of the elite Indian Institute of Management in Ahmedabad. His idea became a passionate personal and professional consummation in the form of Same Language Subtitling (SLS) of film songs (music videos). While continuing to teach communication to MBA students, he started work on SLS and it became a project of IIM. In August 2002, it took off on a national scale.

Brij has now established PlanetRead to spread his work across the globe. He spends his time between India and the U.S. working full time on making SLS a global phenomenon to achieve mass literacy in every region by subtitling the music of other countries. Brij lives with his wife, two sons, and a daughter. His children, who speak Hindi, Portuguese, and English, are dedicated users of SLS products, and a source of constant inspiration for more innovations.