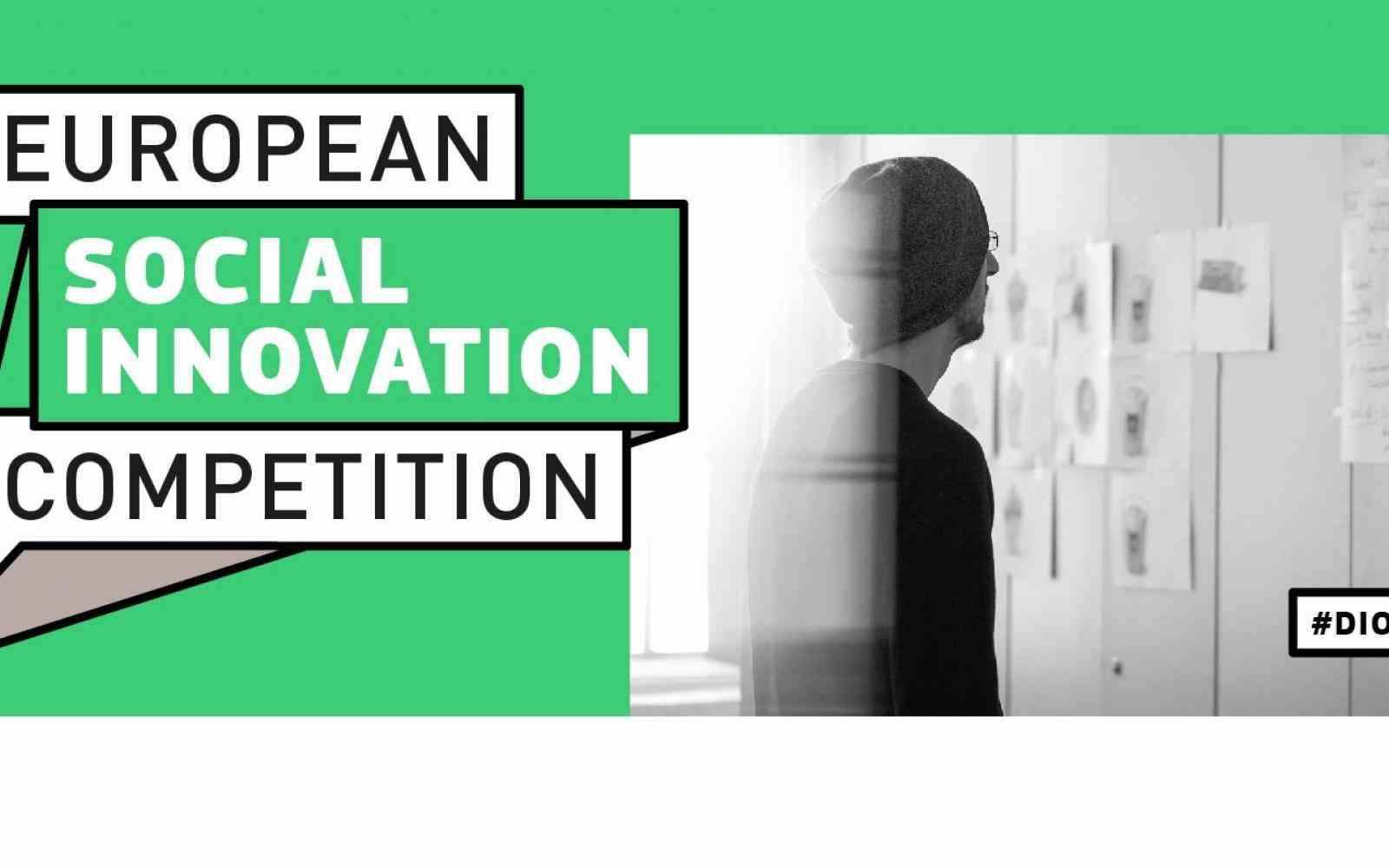 The European Social Innovation Competition, is a challenge prize run by the European Commission across all European countries, now in its sixth year. The 2018 Competition is titled RE:THINK LOCAL and seeks to find the most innovative projects, products, services, business models and collaborations that empower young people to participate fully in a changing economy.

Slawomir Tokarski obtained a PhD degree at the European University Institute in Florence in 1995. He then joined the Polish administration and headed a team coordinating the preparations for the accession negotiations and preparing policy analysis for the Chief Negotiator. In 2004, he joined the European Commission as a Cabinet member of the Commissioner responsible for the regional policy. In 2009, he was nominated Head of Unit dealing with economic policy and co-ordination of EU funding in DG MARE. In March 2012, he became Head of Defense, Aeronautics and Maritime industries in DG Enterprise. In February 2016, he became Director responsible for Innovation and Advanced Manufacturing in DG GROW. 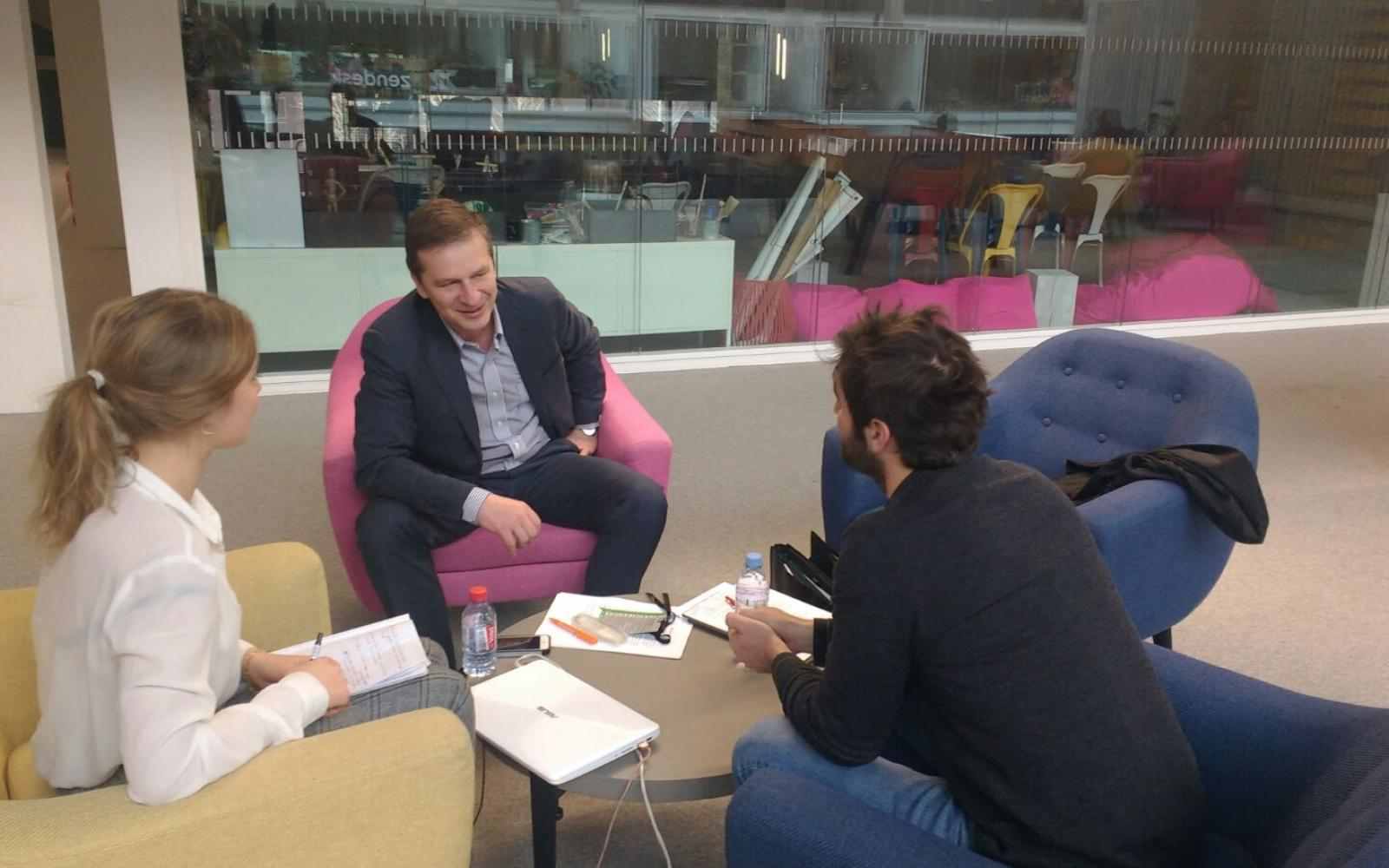 Ashoka : Why are you connecting with social entrepreneurs?

ST: It all started with the social competition challenge two years ago when I saw how people wanted to be socially engaged, and how many fantastic ideas they could develop. We saw a big potential! If 1,000 people participate, you are already building a community of thousands of people since they will share ideas with their family, friends etc. What could be done with 50 million people?

We are happy to host this year edition in France: the system here is propitious for social economy. Before the ceremony I have met with social innovators such as Ashoka Fellows Nathanaël Molle (France) from Singa and Jose Mari Luzarraga (Spain), co-founder of the Mondragon Team Academy. We are very much interested in listening to the point of view of people working “on the ground”. Their experience and feedback can help us, the EU Commission, in improving the tools created to support them.

Ashoka : What’s in the minds of the social innovators?

ST: I heard a lot today that funding is hard to get, social innovators lack time to complete the papers, make sense of the complexity of the info and of the over bureaucratic language. They are having difficulties because financial institutions ask them about profit and guarantees, and often social innovators are looked at with skepticism in this regard. And we are here also to find ways to facilitate this process.

Ashoka: What is the EU Commission planning to do for social innovation?

ST : We want to empower local ecosystems who may have more contacts with social innovators, economy and enterprises to build a community and networks. We are also thinking about up-scaling. When a social innovator has an idea that needs to upscale, he needs to find a partner in another region or country: we are thinking about developing a platform to ease the matching! This platform would also allow social innovators to communicate with the local communities and civil society, in order to adjust to their needs. Inside the EU Commission, a team of “believers” are willing to innovate!

Ashoka : What do you learn from the social entrepreneurs?

ST : They are the ones in direct connections with the people we want to help! Do I know how to prevent people in a country from suffering poverty? I don’t, but local entrepreneurs do. We are relying on them to identify efficient solutions to local issues.

Ashoka : What about the financial help ?

ST : We have several financial mechanisms, mixing different types of funding to help social entrepreneurs up-scale their projects. For instance, we are supporting them through competitions such as the EUSIC, but we would like to find new ways of delivery. For example, we could have a platform that deals with the financial help coming from the EU, from local banks or local cooperatives or companies. With only a 1 000 K prize, social projects can have a huge impact. The leverage is enormous! If we could up-scale it, it would be fantastic!

Ashoka : What besides funding can you offer to a sector that needs structure and stability? What could social innovators learn from the EU Commission?

ST : Well, first, the European Commission can help social innovators develop in other European countries. But what the EU Commission can do best is gather communities and connect people from different sectors, from different worlds so they can discuss and come up with ideas and initiatives. We can connect entrepreneurs with each other and match the people who will know what the issue is with those who will know how to provide a solution… across all Europe!

Ashoka : How is social entrepreneurship a challenge at the European scale ?

ST: The big stake is certainly the collapse of European solidarity, which social entrepreneurs are providing: their ideas are meant to be duplicated and up-scaled, and to resolve challenges at the broadest scale. They reach out beyond borders and culture, allowing democratic and social solutions to spread. And they work with local communities, strengthening social links between the people. Social anonymity and loneliness are big issues today; social innovation can help addressing them.

ST : The Commission is convinced that social innovation is impacting the economy as we know it. First, social economy is based on empathy and skills that could add crucial value to traditional companies. Connection with local communities allows companies to be far more resilient to crises, as we could see with the work of the Mondragon Team Academy and Singa. It is a cross-fertilization! Social enterprises also provide jobs to people who seemed unfit for employment and correct “market failures”.