A visionary for social entrepreneurship and a pioneer of women-led and gender-focused development initiatives for over 30 years, Iman Bibars is the Vice President of Ashoka: Innovators for the Public and the Founder and Regional Director of Ashoka Arab World. Dr. Bibars is also the Co-founder and current Chairperson of Egypt’s very first microfinance organization, the Association for the Development and Enhancement of Women (ADEW): a citizen sector organization that provides credit and legal aid for impoverished female heads of household. She is currently leading Ashoka in launching its revolutionary Women's Initiative for Social Entrepreneurship (WISE) - a movement aiming to redefine success and elevate women social innovators around the world.

Dr. Bibars holds a PhD in Development Studies from Sussex University and a BA and MA in Political Science from the American University in Cairo.

Ashoka Arab World celebrates 15 years of changemaking and the growth of a thriving social entrepreneurship ecosystem in the MENA region. 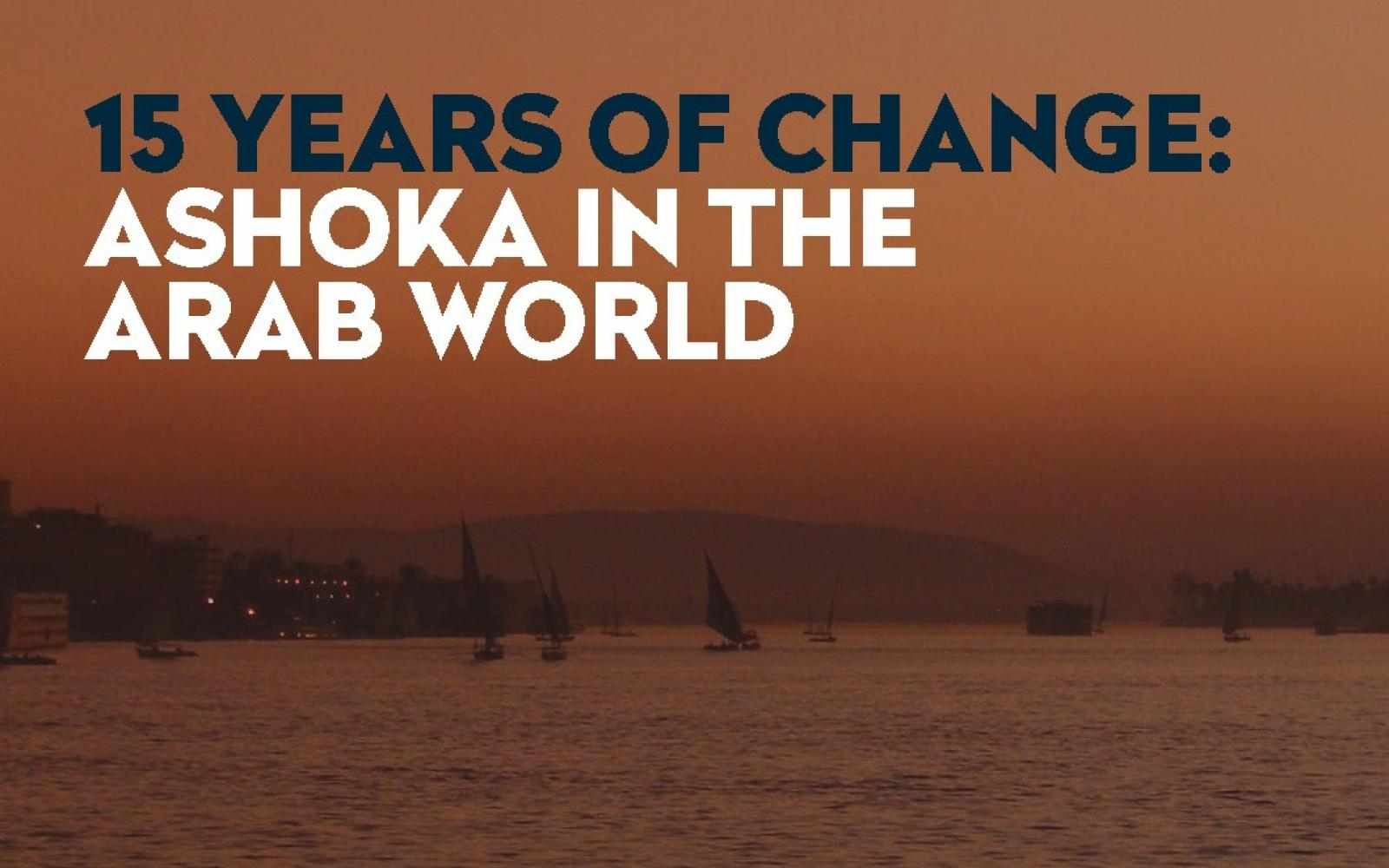 This year we acknowledge and celebrate a significant frontier in our work. The start of 2019 marks the official culmination of 15 years of Ashoka in the Arab World, 15 years since our founding and the election of our very first Ashoka Arab World Fellow. A decade and a half later, we are immensely proud to witness the rise and advancement of social entrepreneurship across the region, both within and outside of Ashoka’s network.

At the time of our founding in 2003, social entrepreneurship was unknown in the region. The existing social entrepreneurs were swimming against a harsh tide: unnamed, unacknowledged, and unsupported. The social and business sectors operated in mutually distrustful silos, and social change models remained rooted in top-to-bottom donor-beneficiary relations.

Fast forward 15 years: the name, place, and power of social entrepreneurs in Arab society is now firmly established and ever-growing. Ashoka Arab World belongs to a new and robust social entrepreneurship ecosystem, with diverse models of change. Within our own network, a wealth of Ashoka Fellows span the Middle East and North Africa and are continuously connected to their more than 3,500 peers around the world. Ashoka is proud to lead strategic partnerships and a vibrant dialogue between the social and business sectors. And most importantly, the region has paid witness to the power of individuals with a new idea who take initiative to build the world they envision.

We know now with more conviction than ever that that our region and our world needs changemakers: in our schools, in our workplaces, and in our communities. It starts with young people, and so does Ashoka. Therefore we hope you will join us in trying to encourage our children and youth, the leaders of the future, to lead young and in giving them the skills and opportunities to be innovators and problem solvers. This is how we build a world where solutions outpace social challenges: when solutions flow from everyone, and everyone is a changemaker.

On behalf of Ashoka Arab World, thank you to our Fellows, our partners, and our public and private champions who have uplifted Ashoka and social entrepreneurship to this point. We look forward to ushering in with you our next great era of change.