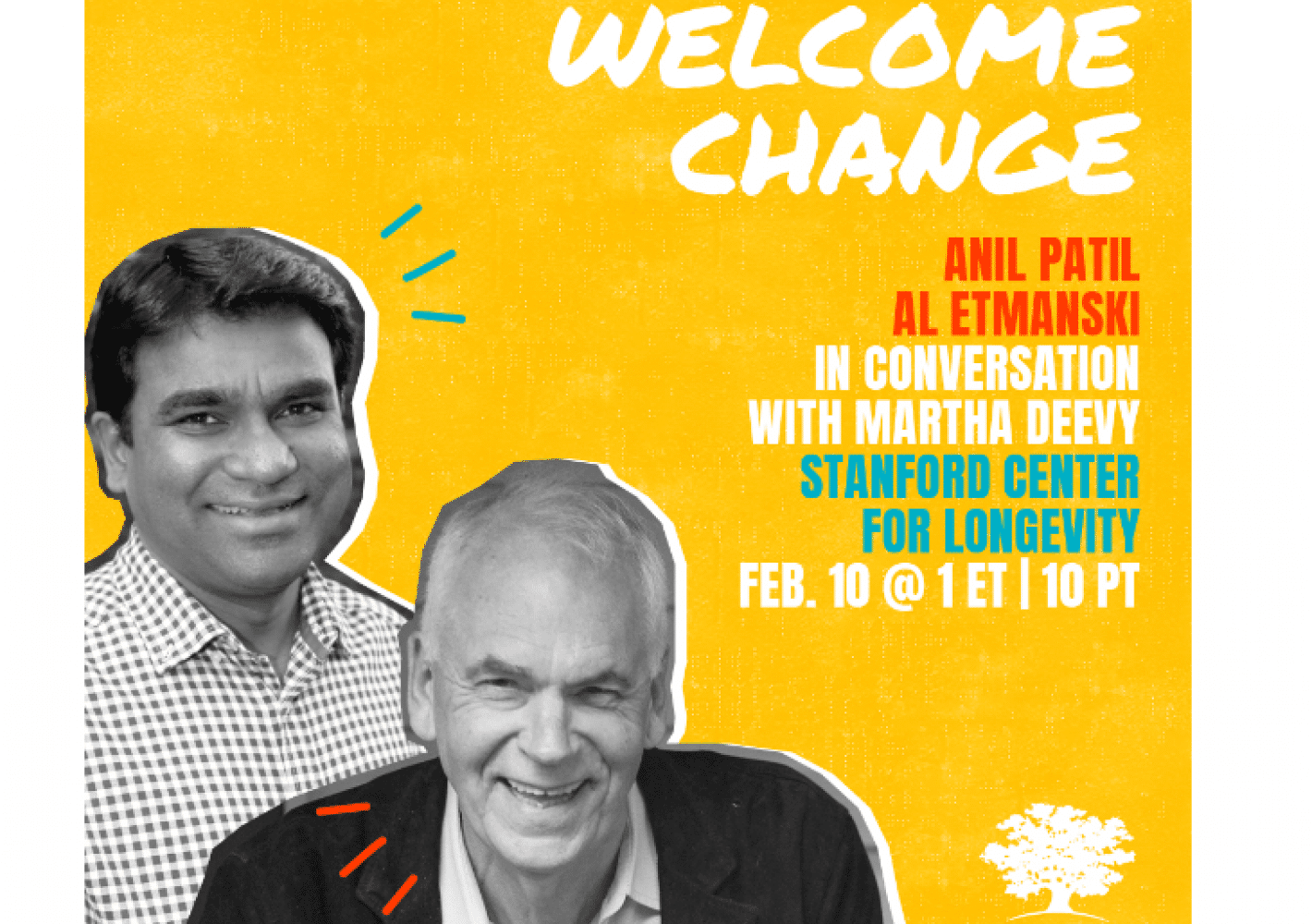 Ashoka
Watch here!
This Event has passed. You can learn about other upcoming Ashoka events on the Event page.
Discover More Events

The demand for carers - those who look out for others, often unpaid and invisible - will double and triple in the coming decades. It's time to reimagine the vital role of carers in an increasingly dynamic world.

On Feb. 10, we'll hear from two Ashoka Fellows envisioning a new culture of care. Anil Patil supports 70,000+ carers in South Asia and advocates for their legal recognition. Al Etmanski, who has championed people with disabilities and their families in Canada for decades, sees this kind of "natural caring" as the foundation for democracy. Guiding the conversation will be Martha Deevy of Stanford's Center for Longevity.

This conversation is part of our biweekly series where we tap social entrepreneurs on what works, what’s next, and why they’re hopeful. Explore past and future episodes here: https://ashoka-usa.org/explore/