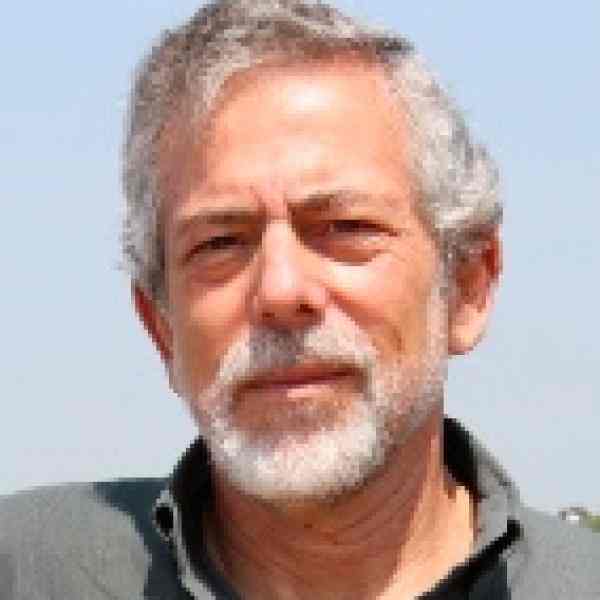 Gustavo Gorriti is fighting to preserve the field of investigative journalism in Latin America and make it a sustainable business. Gustavo has produced a leading set of smart networks of reporters, independent media agencies, and foundations.

Gustavo has reinvented himself with IDL-Reporters. Confronted with a crisis in dwindling finances for this field, Gustavo is building the architecture for sustainable, independent, and objective media. Since his organization provides high-quality, online local and national journalism, Gustavo is forming a complex and collaborative web of journalists and emerging independent media agencies. They publish cogent, well-documented reports of political and corporate corruption while moving into the new, but related area of consumer reporting. Gustavo has united ten independent online investigative sites into a loose network, with IDL-Reporters as its hub, providing content, guidance, and leadership. Collaboration across distinct organizations and media will help to achieve economies-of-scale in revenue generation and maintain roots in each local community.

As Gustavo builds “smart” networks, he is devising innovative revenue strategies for sustainability. After testing them with IDL-Reporters, he can leverage his network to spread the ideas rapidly across Latin America. Such ideas include consumer advocacy sustained through a Consumer Reports type of business model and a novel concept of “fair advertising” that can help support each network member. Gustavo sees them not just as groups of allies but also as a league of journalists and their supporters can redefine and revitalize the industry of investigative journalism.

Gustavo is widely respected as one of the most decorated investigative journalists in Latin America in the last thirty years. Most famously, in 1992, during Alberto Fujimori’s Presidency, members of the Peruvian military kidnapped Gustavo for his critical reporting. After his release, they forced him into exile. Two decades later, Fujimori was convicted by the Peruvian Supreme Court, based in large part on Gustavo’s reporting, including the conspiracy to order his kidnapping.

A free and independent press is a key component of democracy to expose corruption and malfeasance in institutions. Yet amid a general decline in traditional media around the world, investigative journalism has plunged at an astonishing rate in quality and quantity. Facing reduced demand for paying subscriptions, once highly esteemed newspapers have closed and laid off reporters, especially those who contributed investigative content. Objective investigative journalism bears a much higher cost and garners less popular attention than the far more popular tabloid and sensationalist material that is transmitted virally through the Internet and contemporary media. Meanwhile, as media companies downsize, their ownership becomes concentrated in the hands of elite families and corporations whose influence in the government and private sector outweighs their size. This is especially the case in Latin America, where media corporations can collude with other institutions to protect the interests of the business and political aristocracy, muzzling investigations that might uncover corruption. Such conspiracy is to the public’s detriment, as well as civil society, and the numerous fragile and relatively new democracies in Latin America.

Alarmed at this crisis of objective journalism, many large philanthropies and foundations devoted to preserving and promoting transparency and the free press have invested in struggling alternative media outlets. Organizations such as the Open Society Institute have become lifelines for investigative newspapers, radio stations, and news platforms in countries with endangered independent media. Foundations have revolutionized the field of journalism and have even enabled alternative media to adopt new tactics to reach the public in the age of the Internet and social networks. Such “philanthro-journalism” is becoming less like traditional for-profit media and more akin to think tank and citizen organization (CO) watchdogs that forgo profit in the interest of producing high-quality and objective content. Reliance on philanthropy, though, is not sustainable. Gradually foundations have started and will continue to reduce their giving to force organizations to find alternative sources of funding and become sustainable. This leaves the media more vulnerable without any mechanisms or strategies to generate income to support investigative journalism. The crisis they avoided by relying on philanthropies has only given way to another emerging crisis of long-term sustainability.

Even if the general public prefers the tabloid press to independent investigative journalism, a demand will exist for expert content, information, and knowledge. As objectivity and quality become less available, businesses and political institutions that demand such content will have to resort to other media to find the data and information they need to make decisions. A more business-focused strategy for investigative reporting, both among its audience and its internal structure, would ensure that consumers receive the reporting they need while supporting an independent media.

IDL-Reporters provides reputable investigative reporting targeted to different audiences. This organization is the nexus from which Gustavo plans to unleash some of his new strategies to make investigative journalism sustainable across the region. His high-quality content is attractive to businesses, communities, networks of other alternative media sources and investigative reporters, all in need of objective news to make informed decisions and safeguard their rights. The versatility of Gustavo’s platform enables it to render significant impact with its publications and positions it as a reference among alternative media in Peru.

IDL-Reporters consists of a small team of journalists, many of whom are young correspondents Gustavo is grooming to become leading investigative reporters later in their careers. Each correspondent also participates in administrative and editing aspects of the online web content. As founder of IDL-Reporters, Gustavo’s various roles support its work to promote sustainable investigative journalism. As the director and administrator, content editor, alliance manager, and reporter, he is closely involved and connected to the organization’s mission while guaranteeing its daily operation.

Gustavo takes advantage of cutting edge technology to capture and circulate reports. His journalist’s contribute content to the IDL-Reporters website—since its launch the site has published 394 separate pieces detailing cases of corruption, fraud, political insurgency, or graft. Unlike similar websites, IDL-Reporters reveals all primary source materials that informed its content, including its own data mining and sophisticated financial assessments of corporations. This has allowed readers to access and use them for their own purposes. This has proven especially beneficial for other COs engaging in public accountability efforts and journalists not associated with IDL-Reporters. Gustavo has also employed social media platforms and a computer-assisted reporting tool to spread his work.

IDL-Reporters has been at the forefront of many important revelations of political and corporate corruption. Its journalists have published scathing articles about the extractive mining industry, monopolistic practices among the financial and telecommunications sectors, and political collusion with the business elite. Its first story about illegal purchases of foreign-made military transport vehicles by the Ministry of the Interior led to the federal contracts cancellation. Gustavo ensures that his young reporters have the chance to investigate and publish important stories: for example, one story about dishonest practices among the Peruvian fishing industry, the second largest in the world, he describes as one of the most professional he ever read. IDL-Reporters articles are renowned for their precision and evidence due to Gustavo’s access to cutting-edge data, which lends them greater authority and legitimacy.

Beyond the core IDL-Reporters team, Gustavo has started to construct a regional network of alterative media outlets in Latin America. These tend to be the leading investigative journals in all the major countries, and like Peru, are undergoing tumultuous political and social transitions. The allies, including Gustavo’s organization, share information and publish content from outside their national borders, giving their stories wider circulation. Beyond content contribution, they form a larger front against corruption and media manipulation.

In conjunction with this coalition, Gustavo has orchestrated a powerful advisory board for IDL-Reporters that unites organizations advocating for free and independent media. Foundations like OSI—which funds many of the allies in Gustavo’s coalition—the Knight Center for Journalism in the Americas at the University of Texas at Austin, and the International Consortium of Investigative Journalists at the Center for Public Integrity are represented as stakeholders with IDL-Reporters. This powerful network forms a strong backbone of advisors and advocates for coalition members; often harassed for their investigations.

Gustavo is devising strategies for the industry to mitigate their reliance on philanthropy. One idea is “fair advertising” or “fair sponsorship.” Based on the principle behind Fair Trade agriculture, fair advertising consists of certifying independent investigative reports as produced honestly and objectively, and then publishing them in high-quality journals. These journals then receive specialized ads from sponsors who pay a premium to be associated with the certified content. Leading journals will receive special certifications that lend them legitimacy and demonstrate that they are reliable and well-documented—much like fair trade goods receive certifications indicating their production according to given standards. Gustavo predicts that this certification process will enhance the field of investigative journalism as different papers and media alter their reporting styles to make them more appealing. Certifiers would be veteran correspondents or individuals involved in independent media advocacy. Gustavo analogizes fair advertising to the Economist Intelligence Unit, the fee-for-use platform of business and economic data The Economist sells to subsidize its work. Businesses and political institutions demanding high-quality, independent content will be willing to pay for articles certified with fair advertising because they need competent and proven intelligence for their own interests. Gustavo is currently tinkering with this idea and presenting it to different partners for feedback and support.

Gustavo also is considering leading a new focus on consumer advocacy. Just as investigative journalism is meant to inform the public as a whole about political and economic institutions affecting their lives, consumer advocacy informs people about the goods and services they purchase. Equipped with Gustavo’s tools of data mining and technology, IDL-Reporters and its allies have access to relevant information for consumers that can monitor corporate behavior and productions. Consumer advocacy also has the potential for greater, more sustainable financing; fulfilling Gustavo’s goal for investigative journalism to remain an active and potent force in society.

The child of European immigrants, Gustavo grew up in the rural areas of southern Peru. His family launched and ran an olive export business, which Gustavo later consolidated and led through his early adult life. Yet his passion was always writing, and eventually he left the business to follow his dream to become a reporter. Since he began his career as journalist with the magazine Caretas, Gustavo has concentrated on issues of public interest and the defense of human rights; especially pertinent while Peru experienced violent conflict associated with the Shining Path. His numerous investigative reports exposed many incidents of corruption and human rights violations. Over the next decade Gustavo served as editor of Caretas, the co-editor of La República de Perú, president of the Press and Society Institute, and as a collaborator or national correspondent with other prestigious national and international newspapers and journals. He developed contacts and relationships with leading media institutions.

Gustavo never shied from controversy in his quest for high-quality and objective journalism, even provoking retaliation from the political establishment. After his kidnapping and exile by the Fujimori regime, Gustavo served as an investigative reporter for The New York Times, Washington Post and others. He later worked in Panama as the associate director of La Prensa, but had to flee the country following harassment. In honor of his courage in defending human rights in the face of personal danger, the Committee to Protect Journalists awarded him the International Press Freedom Award in 1998.

In recent years, Gustavo has sought to use his expertise in investigative journalism to promote the field as a whole. In 2006, he served as the director of the Citizen Security initiative of the Peruvian Legal Defense Institute, where he helped investigate the inefficiency of the police force and the conditions of the judicial and penitentiary systems. During this time, Gustavo received support from the Open Society Institute, a partner that would later become essential as he transitioned within the organization to launch a separate and autonomous arm, IDL-Reporters. Now, Gustavo uses all of the contacts and allies he developed over his successful career to propel the idea of sustainable investigative journalism.