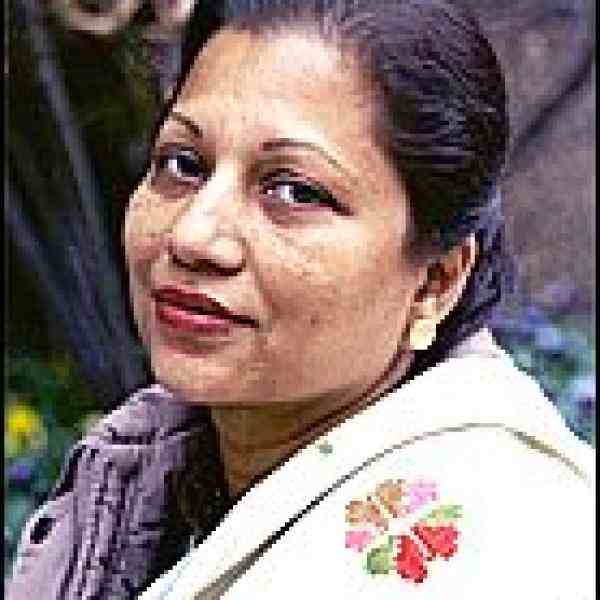 Salma Shafi has created a system for slum tenants and landlords to work together to create decent housing in Dhaka, one of the fastest growing cities in the world, by means of credit from the formal banking system. Her work utilizes the now widely copied Grameen Bank "group peer collateral" technique, in which the borrowers of a loan are collectively responsible to pay it back; but the landlords also put up the land as collateral. This "double collateral" has proved to be sufficient inducement to draw in the commercial banks, a major breakthrough. Her work is well-timed; financing for private housing has long been largely unavailable in Asia, even though it is the chief form of saving for urban dwellers.All of the elements of Salma's scheme were ready for her to tap: landlords who wished to upgrade their properties but lacked the capital to do so; working-poor tenants who were highly motivated to improve their housing; and a credit system that had observed successful loans being made to poor people. She is providing the crucial link among them and teaching people who have never before secured credit how to work with the banking system. Salma believes that without adequate shelter the urban poor will never be able to profit fully from development; she has set up a system that can be broadly used by urban populations in order to secure that foundation.

Over the last few decades, Bangladesh has experienced a seven percent urban growth rate--the highest in Asia. The precipitous rise is likely to continue; and the rapid flight of the rural poor is placing enormous pressure on urban resources, services and infrastructure. Although 70 percent of Dhaka's population is classified as low income, they have access to only 20 percent of the city's residential land. Living space in the slum areas is sometimes less than 10 square feet per person. Many such areas are made up of small plots of land owned by people who lack the resources to develop their property-often women who have inherited the space from their husbands and support themselves with the rents they collect. Even where the density is less intense, most slum dwellings are constructions that often look makeshift, and they are often placed in hazardous locations: along railroad tracks, on embankments, on pavements. Although there are sources of water, gas and electricity nearby, most of these homes are not connected to them. Because access is poorly organized, the city's garbage facilities do not provide service in the slums and garbage is dumped on the roads or in the plots. For every seven to ten families, on average, there is one toilet with inadequate connections, if any, to sewer lines. Yet, the working poor, whose household income averages 2,000-3,000 taka ($50 to $75) per month, pay handsomely for their shelter, as much as 30 percent of their incomes. Even so the demand for it is so great that prices continually rise.Early efforts to deal with burgeoning slum areas focused on relocation: people were moved to housing projects in less-central parts of the city, far from their work and familiar activities. More recent attempts on the part of government and donor agencies have upgraded existing same housing settlements located on government-owned land. There has been no way for slum inhabitants to provide improvements for themselves, because they have no access to the necessary capital.

Salma's principal strategy is to facilitate and mediate among groups who all stand to gain from her product. She begins with a group of slum residents who are already successfully involved in cooperatives or credit schemes. Her first clients were a group of 90 people, of whom most of the women were members of Sheva, an organization Salma helped to found which teaches functional literacy to slum women and helps them develop collective savings. Salma selects people who are both eager to improve their housing situation and willing to invest time and energy into realization of the project. She helps them convince their landowner, often a member of the same cooperative or credit group, to put up his or her land as collateral for a low interest housing loan. It is often easy to persuade them: Salma has observed that when landowners get a little extra income, they often make improvements (e.g. filing in ditches in front of their plots or wiring electricity to their shacks). And the fact that the tenants are already organized into a group indicates a strong likelihood that they will be able to manage the loan and provides a "fast track" to winning landlord and banker confidence.Beyond tenants and landlords, Salma markets her model to commercial banks. She engages them as partners and negotiates discounted interest rates. She appeals to the bankers' humanitarian instincts but also to their business sense: when the welfare of their entire community is at stake, loan recipients from low-income groups have a very low default rate. Salma places special priority on training people how to apply for loans and how to negotiate the paperwork that is often a deterrent to potential loan recipients. Once they see the commercial banking sector as a viable resource, the community members are enthusiastic about applying for the loans.Salma then arranges for the construction of the housing complex, contracting with developers who share her philosophy about affordable housing. The input and feedback of the landowner and tenants are solicited throughout the process. Those tenants who are able to and interested in supplying labor during construction do so. The basic design they use is a two to five storied building. The plan includes a community kitchen and toilet facilities and a multi-purpose hall that facilitates community activities and provides a potential source of rental income space. Once sturdy housing is constructed in an area, other critical amenities, such as refuse collection, power, sewage and water, follow. The residents are also experimenting with rain water harvesting to supplement the city water supply.Salma helps the members of her project negotiate fair agreements, with rights and responsibilities on both sides clearly defined. The landowner agrees to charge the same rent as before the construction for a period of three years. This replaces the informal agreements that often result in misunderstanding and exploitation. Tenants are free to leave if they wish, but any new tenant must receive the approval of the other tenants in the complex. In return, tenants will pay their rent promptly and take responsibility for repair and maintenance of the complex. The arrangement will be reviewed at the end of each year. Salma's strategy can easily be adopted by other citizens' organizations and private developers interested in upgrading urban housing for low income groups. It also serves as an example for policy makers and is shifting public perceptions about the priorities of the urban poor and their capacity to help themselves.

Salma Shafi holds a Master's degree in urban planning from the Asian Institute of Technology in Bangkok. She received her undergraduate degree in architecture from the Bangladesh University of Engineering and Technology. Through her work as an architect, urban planner and consultant, Salma was able to see first hand the living conditions in Bangladesh's urban slums. She has participated in many government and donor sponsored low income land and housing projects where the gap between the recipients of the benefits and the provider was very wide. Where a feeling of ownership was absent, so was a sense of responsibility for most of the people in these projects.She founded Sheva along with a few friends who contributed both money and management to establish income earning activities for middle class women. Sheva was conceived as a forum for interaction between educated working women and their non-employed counterparts where the latter developed service businesses such as children's day care, catering and tailoring. Sheva members' interests spread to forming credit and savings cooperatives in the slums of Dhaka. The process of forming slum cooperatives among skilled and unskilled workers inspired Salma to explore the possibility that slum residents who had successfully generated savings and credit might be able to use them to participate in the land and housing market.