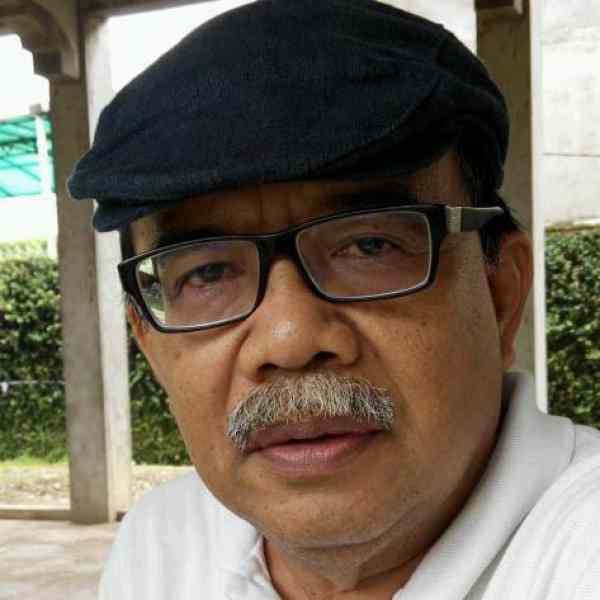 Zukri Saad, a graduate of Indonesia's Bandung Institute ofTechnology (ITB), combines values and vision into a force that has led him and several colleagues to a small high school in West Sumatra.

Saad proposes to revitalize the community of Kayutanam by focusing school curriculum and community development on applied appropriate technology. In a local high school he is demonstrating how ordinary students can develop in heart and hands as well as in mind so that upon graduation, they will be able to create rather than seek jobs. This educational vision entails not only building the whole person, but doing so in such a way that the graduates emerge with an unusually broad and integrated understanding of and ability to deal with their environment. In addition to educational revitalization, Saad and his colleagues are developing and introducing appropriate technologies into the village and surrounding communities.

Dependency on government jobs has effectively strangled the creative potential of Indonesia's work force. According to Saad, one of the country's fundamental problems lies in the people's tendency to view their lives on the basis of the narrow promise of government bureaucracy. Saad's challenge is to foster self-reliance in the people of the West Sumatran community where he is focusing his efforts.

Kayutanam, though little more than the shell of a school several years ago, was once illustrious and still has a number of powerful alumni. Zukri Saad has won their support for his vision, while gaining the financial underpinning essential to success. He has reestablished the school's vigorous atmosphere with a wealth of young talent in fields ranging from geophysics to fine arts (recent university graduates whom he recruited to assist him) and an innovative new curriculum emphasizing technical skills. Saad and his colleagues are preparing the students, who have increased in number from 120 to 800, to create opportunities for themselves. With the core educational experiment underway, Saad's efforts are extending into the community and surrounding area. This community development aspect of his objectives includes some projects specifically designed to cultivate and maximize women's contribution to the economic growth of the community. Saad and his colleagues have helped a group of women start a new industry by producing a fermented coconut drink for outside consumption. In addition, they have reinforced the faltering local ceramics and crafts production with loans and arrangements for exporting. Saad's efforts to introduce appropriate technology as a stimulant to the community have, in fact, been more successful than the educational reforms. Some significant progress has been made, however, including the construction of a new school mosque which now serves as a center for religious as well as social activities for the students. The new mosque is tangible evidence of Saad's increasing support from the alumni, both moral and financial. He has opened a branch office of the INS Kayutanam Development Bureau in Jakarta to strengthen ties with alumni, and he publishes a regular newsletter to update them on INS activities.

At ITB, Saad was recognized as an engine of ideas energizing a number of student initiatives. He was a leader in a program that applied his and his fellow students' engineering skills to developing and introducing technologies appropriate to the needs of villagers in the area. His leadership skills are such that he was able to bring seven others with him from Java's attractive hill city of Bandung to this small West Sumatran village to aid him in these endeavors.