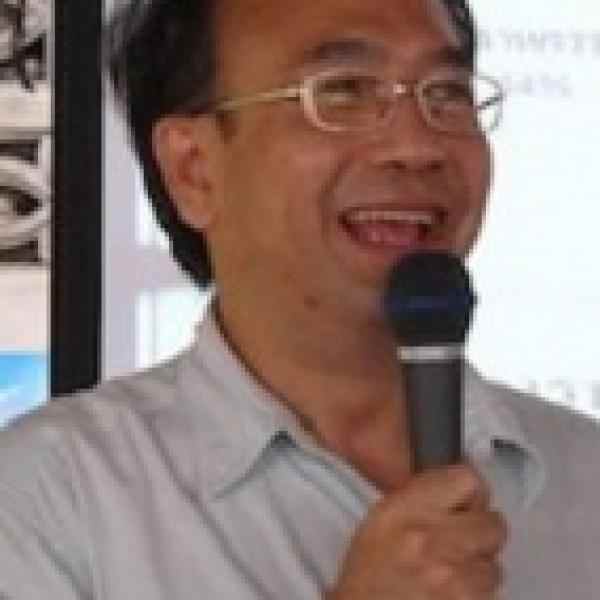 Witoon Permpongsacharoen, the son of a village rice farmer from central Thailand, has played a central role in developing Thailand's now powerful environmental movement. He plans to follow the problems that are spreading out from the region's economic dynamo, Thailand, to the weak surrounding countries of Burma and Indochina and create an environmental movement for the whole ecosystem of mainland Southeast Asia.

Burma, Thailand, and the countries of Indochina live in the same environmental house. Witoon sees the Mekong River, for example, as a central artery, a regional bloodline that must be kept healthy. For decades it has &quot;divided Indochina and the western-oriented economies, but now the latter are crossing over in force.&quot; As long as a tense dividing line existed, the area could not be easily developed, despite a 30-year-old plan to turn it into a regional TVA by building 15 major dams. A process which, now that restraint is weakening rapidly, is favored by both Thailand and Vietnam. The restraint of division must be replaced by the restraint of environmental understanding backed by organized public awareness. Both are missing outside Thailand, and Witoon proposes to fill that gap. As the region increasingly grows together, it needs to think through the environmental dimension of growth together.
Witoon is already at work building his own understanding both of the region&#39;s ecosystems and of its human societies. He is also creating a resource center that will serve all those concerned with the region&#39;s future, especially the private voluntary organizations and other groups that will ultimately have to carry the argument for the region&#39;s long-term future.
He is hoping, in fact, to find those who may eventually play this role in Burma and the Indochinese states. As he does so, he will help link them to one another and to their sister organizations in Thailand and outside the region. He will help them learn how to analyze the problems they face and think through how they can best respond, given the specific historical circumstances they face and experiences elsewhere. He will help these citizens&#39; movements and their allies address the problems that transcend national boundaries and far-away decision-makers, be they the World Bank or Thailand&#39;s planners and business houses. His first concern, in other words, is building the human and institutional prerequisites for change.
As he fully learns the issues, Witoon will also be a source of ideas, almost a factory that produces ideas and strategies for this grassroots network (or &quot;distribution system,&quot; in business school jargon) to adopt to the degree its members feel appropriate. In this way, a very small organization can have enormous impact.
In Burma, he will focus first on logging, and in Indochina, on the development of the Mekong. He and his allies will raise the environmental concerns they see. They will provide their analyses and independent information to the World Bank and other major donors and investors. They will work at least as hard to build grassroots understanding and involvement.
In Witoon&#39;s words, he is launching a new project &quot;to collect information, monitor, and hopefully build up a network for the environment and cultures of mainland Southeast Asia.&quot;

As the consequences of Thailand's aggressive exploitation of its natural resources to support its development drive became more and more painfully obvious in the late 1980s, opposition mounted. In a society that was becoming increasingly aware and open, villagers, as well as university students, organized to block both commercial logging and dams.

In January 1989 the national campaign that Witoon's Project for Ecological Recovery (PER) had worked to build, reinforced by the shock of disastrous floods in November 1988, led Thailand to cancel all commercial logging concessions nationwide, making it the first country in the world to do so. PER also played a catalytic role – beginning with the successful battle to block the Nam Choan dam, which would have flooded forests now being proposed for World Heritage status – in building a grassroots environmental movement to deal with major water development projects. The resulting public mobilization has prevented the building of any new dams in Thailand for five years.

Witoon feels these developments are the direct results of mistaken industrialization strategies that have "taken place at the expense of the national environment and the poorest sector in society" (e.g., those millions who need to rely on the disappearing forests for fuel, food, and livelihoods). As the resulting environmental crisis and social conflict worsens, Thailand's neighbors, "countries with extensive resources and repressive political regimes that stifle public debate, are becoming like shock absorbers for the Thai economy. In short, we are exporting the environmental crisis."

During the 1980s Witoon developed and refined an approach to building and helping to lead a large environmental movement in Thailand that seems remarkably appropriate to the regional task he has laid out as his new agenda. Since the other countries in the region lie far behind Thailand in social and political openness and maturity (and consequently do not welcome citizen groups taking initiative on public concerns), he will have to adapt his approach. Figuring out how to do so will, in fact, probably be his greatest creative challenge in building his regional network. However, the open approach to organizing that he developed in Thailand, an approach that encourages collaboration without requiring conformity and therefore risking paralysis, gives him a strong running start.

PER's strategy has been to support the growth of Thailand's environmental movement by organizing a participatory, democratic framework for various diverse social groups with common interests in different, if related, issues to use, and by supporting them with ideas, information, subtle leadership, and other support. Witoon explains that PER positions itself not as "a leader in the conventional sense, but rather as a secretariat serving to coordinate diverse interests." His description of how PER evolved this approach gives a good feel for the strategy and how it may develop at the regional level:

"During the last four years, PER has concentrated on a number of issues. The battle against the Nam Choan hydroelectric dam project ...became an important milestone for the Thai environmental movement. After more than two years of struggle, and as a result of huge public outcry and extensive debate, the project was canceled in early 1988.

The call for a logging ban ended successfully in January 1989.

Many of the villagers' groups involved in the logging ban issue went on to set up local conservation organizations, which have been active in pushing for land rights and for the official acceptance of community forestry. Villagers' activities, particularly in the Northeast, have become the basis of an evolving ecological, social, and political critique of industrial forestry (commercial tree farms in public land), and the current forest policy which supports this.

Within the work of PER we have tried to maintain continuity among issues – for example, building on the success of the logging ban to introduce the concept of community forestry, which returns responsibility and control over the forest from the logger to the local community. In the case of the campaign against Nam Choan and the four or five other dam projects that have come up in the years since, we are researching energy conservation as one alternative to destructive big dams, and small-scale irrigation for the farmers. Similarly, along with criticism of chemical dependence and lack of community control inherent in industrial agriculture, we have been working on more small-scale, ecological alternatives."

In general, PER has worked as much as possible on strengthening the movement by both building on successes of the past and offering alternatives to the current top-down, large-scale, undemocratic approach.

The National Forest Policy is a good example of a crucial natural resource policy that has been under constant criticism by the Thai environmental movement on ecological and social grounds for the last three years.

The best way to introduce Witoon personally is to reproduce a few reflective paragraphs he wrote recently:

"I am the son of a Kanchanaburi rice farmer and spent the whole of my childhood years in Thung Smor village, a typical central Thai rural community. I completed primary school in my village, secondary studies at the district high school, and it was not until I was 17 that I moved to Bangkok to study law at Ramkhamhaeng University.

That was 1977, the year after the Thammasat University demonstrations that ended in a bloodbath, leaving many hundreds of students dead and driving thousands of others into the forest both to escape the military regime and to join the Communist Party of Thailand. The following years were colored by the ideological cold war of the dictatorship, the military battle against those in the jungles, the disillusionment of the students with the communists and their gradual return to the cities, and the eventual defeat of the CPT.

The injustices of the military dictatorship in that era were, for me, a tremendous contrast with the rural community from which I had come. From the time I entered Ramkhamhaeng, I began to learn about social movement through involvement in student activism, which was then concentrating on freedom and democracy in a time of political suppression.

Partly because of my rural background, I was interested in issues of control over natural resources, and the rights of rural people to have a say in how their environment is used. One theme that we often used at that time was `to develop or to destroy,' which reflected questions of social justice within Thailand, as well as the growing tendency of multinationals to appropriate the country's resources. During the last three years of my studies, I acted as the representative of student environment organizations and coordinator within a larger coalition of groups (working on issues such as slums, labor, women's rights and so on). The important experience I gained in university was learning about the workings of a coalition, or movement, made up of many diverse groups and interests.

After gradation, I chose to work for one year as a youth-health volunteer on primary health care as part of the Thai Volunteer Service program, and then joined TVS full time. Building on my experience in coordinating varying interests and philosophies, my job was to coordinate among non-governmental organizations all over Thailand. That period, the early 1980s, was a time when the government was being heavily criticized, and the concept of `people's participation' was gaining attention.

In my four years at TVS I conducted research on different streams of development philosophy; for example, Buddhist and Christian philosophies, a cultural or anthropological approach, Marxist-thought, small-scale capitalist. I also studied the `local wisdom' and experience of Thai village leaders in many parts of the country, who had found solutions to their local problems. The latter, in particular, made me increasingly aware that if so-called people's participation is to have any real meaning, it must take into account micro-level cultural dimensions, as well as the role of local ecological conditions.

In the first part of the 1980s, environmental problems were becoming evident, but there was no NGO that was concentrating specifically on these issues. Therefore, in 1985, I initiated a `dialogue' (we called it niwes saywanna, or Eco-forum) by bringing together people from several walks of life interested in the environment – civil servants, students, academics, artists, journalists – once a month for one year. Project for Ecological Recovery, which started up in 1986, is a product of this dialogue."