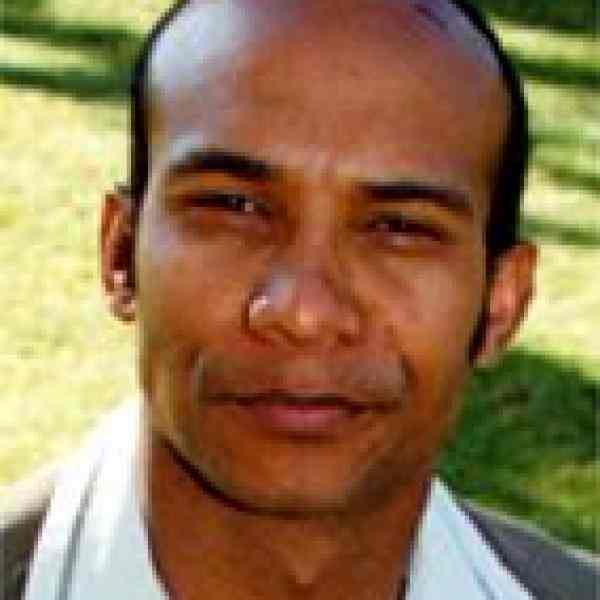 William Solomon (South Africa 1998) has created an affordable program for matriculating students in South African secondary schools that teaches them about their individual and collective responsibility to the community and also offers them practical insights into work habits, career prospects and other life skills.

Students in their final year of secondary school need tools to help them understand the opportunities and challenges facing them. With government resources increasingly directed to urban centers, this is a particularly difficult problem in rural schools. Conventional wisdom among graduating students is that their future lies in the urban areas, although they are very uncertain about exactly what that future might be. William Solomon has created an organization, Agape Copeland Train (ACT), which challenges this conventional wisdom. Because rural schools do not have effective guidance and counseling functions, ACT's initiative is new insofar as it offers a service that is both available and affordable to a broad range of students. But the newness of the ACT initiative goes beyond re-inventing a traditional school function, it engages students in community activities and links student groups from various schools who take part in his program. William's hope is that these groups will form the nucleus of a new generation of civic leadership, and that an increasing proportion of these people will remain in rural areas. In various ways William is encouraging these groups to take on collective activities in their post-graduation years. William's idea differs in significant ways from other services in this field. Information about resources is available in select universities but is just that--a source of program information. There are a select number of private counseling services and educational consultants offering programs on a fee-for-service basis but these are typically sequenced training exercises whose cost is beyond the resources of public schools or most individuals.

Most students from rural areas believe the future lies in the big cities--Johannesburg, Pretoria, Durban, Cape Town. It is estimated that about 70% of young people leave the rural areas to seek work or to study. They arrive with little or no sense of the opportunities and dangers they face. They are unprepared to take part in higher education and civil society and unable to compete for jobs with their urban contemporaries, they become marginalized. Unwilling to return to their rural homes but unable to move up the economic ladder, they become trapped and particularly susceptible to a whole host of familiar social problems, from addiction to crime and violence. These young people come from towns like Upington--a typical big town in the Northern Cape. Politically conservative with a population of about 60 000 inhabitants, and a 40-60% unemployment rate. It has 7 high schools, 14 primary schools one provincial hospital and one private hospital. 75% of the students who leave school are becoming a problem for the community as they have limited employment prospects. Part of the reason that graduating students are ill-prepared to move beyond secondary school is that, beginning in 1994, the Government completely reorganized the public school system. Seventeen different educational authorities were consolidated and there were drastic cuts in school services. Separate functions like guidance and counseling were eliminated and transferred to teachers who had to absorb these functions along with their teaching responsibilities. As the number of teachers was cut back class sizes increased, making it less likely that teachers would actually address guidance and counseling on a systematic basis.

Drawing on his own experience as a student in Upington, and the help he received from the Career Research and Information Centre (CRIC), a Cape Town based NGO, that offered highly skilled guidance counseling and support to both teachers and students in rural schools, he established ACT in 1996, to counter the exodus to urban centres. He approached the education department in the Northern Province and received a letter of recommendation from them that allowed him to approach school principals, who having been persuaded of the benefits of the program, invite him to promote the program in their schools. The Education Department, unable to offer material assistance to him, make all their facilities available to him. This is invaluable support as they carry the cost of duplicating materials for the program. On the teaching/counseling side William uses a variety of resources. Some of his trainers are themselves former guidance counselors, some are employed or unemployed teachers, some are former students. On the student side William selects his core of 20-25 students, per school, who get the whole course free of charge. For students who are not part of the core group, are charged a fee for services like testing. However, no fee is charged for other services like one-on-one counseling sessions about personal problems. On the finance side William raises money from student fund raising drives, community donations and individual contributions. Schools offer the school facilities but do not pay for the services, except in the case of a motivational course of study skills for their entire matric group. He plans to build and expand ACT from the seven schools he is working in to a province-wide and regional initiative. He sees ACT as the catalyst, a kind of brand name for this particular counseling and citizenship initiative. William has a spread vision insofar as rural schools and small towns in rural areas are concerned. He recognizes that many of the same problems exist in urban schools but is sensitive to the very different environment in which these schools exist and understands, without knowing precisely what changes would have to be made to the approach, that certain modifications would have to be made. But he is in contact with other rural school systems that have asked him to come and actively implement ACT in their schools. His first step-out will be to take a core group to implement ACT in another school system, to ensure that all the transfer issues are carefully addressed. In his second step-out (with two school systems using ACT) he plans to essentially clone himself, training people in a systematic ACT implementation plan and then monitoring it. William sees ACT as best carried out in, but not owned by the schools. He thinks that is a key to its long-term viability, that it is "owned" by the students who participate in it and form part of the post-graduation network. His relationship with educational authorities is mutually reinforcing and non-threatening. They have welcomed him into the schools. Two high school in the Upington region invited William to run a motivational course as well as a study skills course to their entire matric group. One high school in Keimoes and a further two in De-Aar have also contacted him to run similar courses for their students. He has also been approached by the Department of Education, in the Northern Cape, to act as a consultant to them for the entire Northern Cape region. William created the organization, had the vision, recruited staff, oversaw implementation of the program in the first seven schools, and is intimately involved in all phases of the training. The strategy was very carefully thought through in that it prepares students for future while underlining how useful they can be in their own communities. He has been particularly insightful in focusing on matriculating students as the entry point, students who have an incentive to come to terms with the issues, vs. students who have years to go before they leave school. Dissemination of the benefits of the program has been done by word of mouth, in particular by those who have completed an ACT year, and through school channels. It comes with the endorsement of the school principals. It works laterally, to other schools and also vertically to provincial administrators and across provinces. The program has been very successful and one of the obstacles in the future is spreading the program but maintaining the high quality of services that has been provided. Another challenge in terms of the demand is the need to train and develop an army of volunteers to act as facilitators. The program is currently financed through contributions, fees (from non-core group), campaigns by students themselves. Future funding for the program will come from a variety of sources, foundations, government contracts generated by the popularity /success of the program, community support and consultancy work.

William is the youngest in a family that includes three boys and a girl. As a child he had already decided to do something important. In this he was supported by his mother, a laborer who had the reputation as a "go getter" wanting the best for her children. His mother, in spite of her limited educational background, is viewed as an important community leader. When he was in grade 11 William was inspired by a school visit from a representative from the Career Research and Information Center (CRIC), a Capetown-based NGO. The representative encouraged the students to form clubs to support themselves in their academic and social activities. William took responsibility for creating and running these clubs while he was in school. William went to Capetown to seek advice from the CRIC about career options. After putting him through a battery of tests they recommended that William pursue a degree in psychology. He subsequently completed such a program at the Randse Afrikaans Universiteit (RAU) in Johannesburg. William was one of the first colored students enrolled at RAU and led an effort on behalf of the students to have the university supply housing for non-white students. The practice up to that point had been to reserve dormitory space exclusively for whites. His experience in organizing activities for colored students at RAU reinforced his conviction that students coming from rural areas were ill-prepared to deal with university life and life in the city. After graduation he returned to RAU to find that the clubs he had run were no longer operating. Reflecting on the reasons for their failure, William decided to re-design the program to be more focused on practical needs in the post graduation years and to link that to on-going community involvement to give the students a clearer sense of their identity and responsibilities. He created ACT, organized an initial group of volunteers, and got permission to launch the program in a first, "pilot' school.