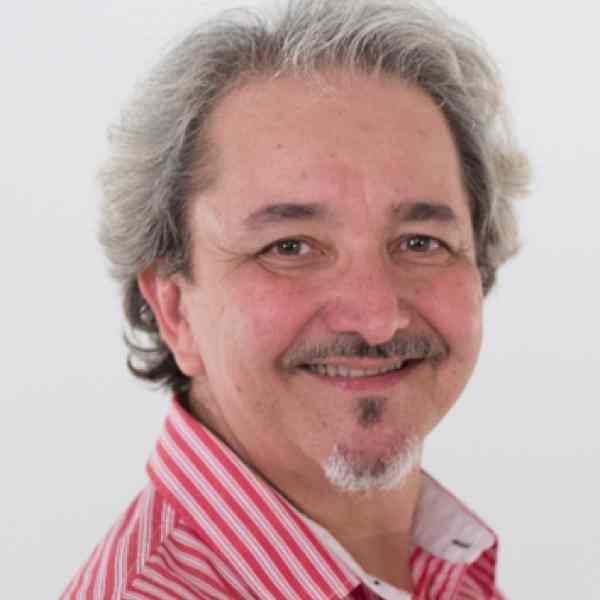 Wellington Nogueira has taken an idea that dates back many centuries&#150;the transformative power of humor through clowning&#150;and applied it with ground-breaking success in the Brazilian context. His organization, called the Doctors of Joy, uses clowns to work with hospitalized children, their families, and with doctors and nurses throughout the city of São Paulo, to alleviate some of the children's suffering and to bring a humanizing element into hospital care. Wellington's clowns challenge children and parents to look at illnesses from a brighter perspective and gain a better understanding of their bodies, while bringing humor and joy into the care equation. At the same time, he has resuscitated in Brazil the classical, European model of clowning, characterized by professionalism and careful acting.Early on in his career as a clown, Wellington discovered that for the Doctors of Joy to truly take hold, he would have to prove that his clown troupes in hospitals were more than simply a sporadic diversion for the children and could indeed be a key factor in their care. He devised a model with hospital administration and staff where the Doctors of Joy would be a stable, frequent presence, coming two to three times per week at regular times to meet individually with the children. Now, in the hospitals where they work, the clowns have become an integral part of the health care team. They work closely with doctors, nurses, and psychologists. This partnership encourages the team to focus on the patient and family and to introduce a human, individual element into an environment that often can be impersonal and difficult for patient and doctor alike, particularly in cases where the child has an incurable disease.

A stay in the hospital can help to improve a child's clinical situation, but it can also generate problems that are more difficult to detect. The hospitalization process itself has been documented to cause its own symptoms and related traumas, especially in chronic cases which require long, repeated hospital stays. Though in North America there is growing awareness and some acceptance of the value of nontraditional, and "nonscientific" factors in the curative process, the medical community in Brazil is just beginning to open itself to this line of thinking. Wellington and others involved in humanizing care in Brazil have the added challenge of sensitizing the community to these issues, particularly focusing on medical schools and associations, where they have the greatest potential to raise awareness.

In a country like Brazil, where huge public hospitals–many in disrepair–are the norm, and medical professionals are paid modest salaries, the obstacles to overcome are manifold. Yet, as his invitations to attend medical congresses and symposia increase each month, Wellington believes that the medical community is slowly becoming more open to the work of groups like the Doctors of Joy. He hopes that health care professionals will begin to examine alternatives that seek to improve human relations in today's medical world which, in the name of scientific progress, has built a doctor-patient relationship that is largely impersonal.

Every child in a hospital shares something in common: they want to be outside playing and laughing with other children and leading a normal life. Wellington works to help children rediscover this joy, where possible, within the hospital setting, since the very act of playing and laughing can help the patient toward recovery, or ease the pain of a severe illness. Research performed by psychologist Morgana Masetti in Brazil has documented the beneficial effects that the interaction with clowns brings to children, parents and health care professionals. Wellington brought his model to Brazil in the early nineties, when support for the social sector, let alone the arts, was at an all-time low due to sky-rocketing inflation and a government on the threshold of a corruption scandal. He began with a part-time position in a small hospital, Our Lady of Lourdes in São Paulo, in an environment hostile to the arts in general and skeptical about the social benefit of clowns in particular. Since then, Wellington has formed an organization with multi-year, multimillion dollar funding and a sophisticated long-term spread strategy. He has gained attention from the major media outlets in Brazil, attracted in-kind and monetary support from important corporate sponsors, and won the respect and support of the very same hospital administrators who scorned his idea in the beginning.

Wellington's fundamental idea is to make the clowns available to children, so that they can regain control over their own lives and bodies, an element that is frequently lost in the often invasive and traumatizing process of a hospital stay. As soon as the actor visits the child and asks permission to enter the room, the child-clown interaction begins. Each visit's "script" is ad-libbed by both child and actor (though, for the actor, it requires significant coaching and training). This starts a process of awareness and socialization that helps the children and often the family come to terms with the illness and deal with it together. It also gives children moments of happiness that bring their healthier side to the fore.

Doctors of Joy has already affected the lives of thousands of children throughout the city of São Paulo–a result that has been documented by careful research. Equally important, however, it is beginning to change the way doctors, nurses, and administrators view their role in the curative process. In 1998 two more hospitals in Rio de Janeiro and another in Campinas, in the state of São Paulo, will join the program. Though the demand for clowns far outstrips the supply, Wellington intends to add only two new hospitals to the program each year, mindful that enthusiasm for the program should not cloud the need for careful, rigorous training to make it truly successful. With a series of longer-term initiatives including a newly formed research center and a training site, Wellington plans to systematize the learning, train more clowns, work with medical students, and continue to broaden the public education message of his work that professional artists can bring new meaning to the lives of children in hospitals. With television spots in national children's programs, Wellington plans to begin to address the challenge of preventative care.

Wellington's humor and health study center is targeted at future doctors, interns, and nurses. Its goal is to train them as multipliers who will embrace new attitudes and different options for treating diseased children in the hospital setting. Through a sophisticated media strategy, Wellington is also planning to use the Doctors of Joy as a means to disseminate health prevention messages to children. "Shorts" on subjects like basic elements of hygiene, nutrition, and healthy living will be incorporated into national children's programming. Eventually, Wellington expects to extend the impact of humor in health to other needy populations, such as the elderly and the mentally disabled.

Wellington grew up in Brazil during the years of harsh military rule and active censorship, which had a somewhat stifling effect on the arts. His parents came from poor backgrounds in the state of Minas Gerais. His father, who was a major influence on his life and to whom Wellington attributes his gift of humor, was a real estate agent who returned to school to get his college degree at age forty. Both parents always emphasized the importance of education for Wellington and his younger sister.

Pushed by his parents to develop a "professional" career, Wellington kept his life-long interest in theater and acting as a hobby, until one day he decided that he was deliberately (and painfully) burying his life's calling. He moved to New York both to escape the authoritarian environment of Brazil, but also to go "where the action was." Wellington developed a respectable professional career, acting in musicals and plays off-Broadway while producing television commercials. In the late eighties, however, two events changed the course of his life. The first was an experience with the Big Apple Clown Care Unit, where he was invited to substitute for someone for a day and came away dedicated to both the profession of clowning and the tremendous potential for impact it had on the lives of terminally ill children. The second event was the extended illness, hospitalization, and eventual death of his father, which provided Wellington with his first glimpse of the environment and conditions of hospital care in Brazil, and fortified his resolve to dedicate his life to improving them through clowning. With the blessing of Michael Christianson, the founder of the Big Apple Clown Care Unit, Wellington returned to Brazil in the late eighties to set up the Doctors of Joy.

Wellington bristles at the notion that he is trying to pass clowning off as a form of therapy. He believes that the fact that a terminally ill child lets a clown into his/her life is the greatest honor that an actor can wish for, but he is very conscious that the clown does not take the place of, but rather complements, the health care staff. Professionalism, perseverance, and the belief in the potential for positive change in the medical community have been determining factors in the success of his work. Wellington won the Citizenship Award given by the PNBE (Pensamento Nacional das Bases Empresarais) and was awarded the prestigious Abrinq Children Award in 1997.

Featured in Who Cares? documentary (2013)