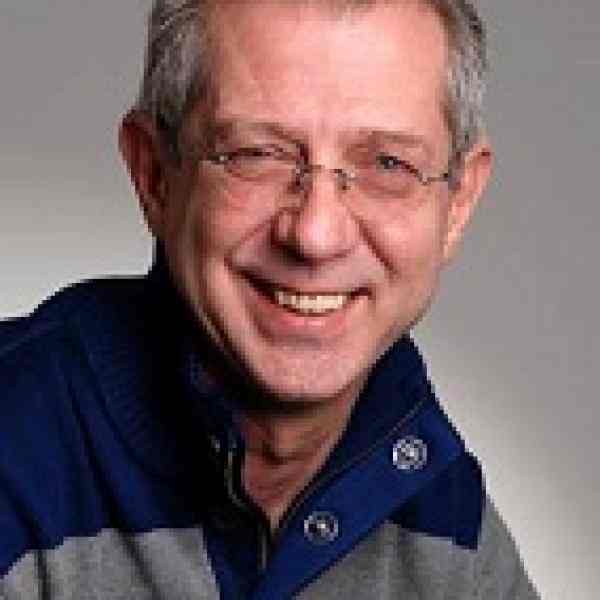 In a societal context where criminal bias and a cycle of prisoner re-offense is present, ex-offender Volkert Ruhe helps juvenile delinquents decide against a criminal career by engaging them in honest dialogue with current and former prisoners. The exchange is mutually transformative, and leads to better opportunities for social integration. Through the program’s design, ex-prisoners are the driving force in changing both their own reputation and criminal patterns among young people in Germany.

Volkert uses building and exercising empathy skills to combat the issues behind offending and reoffending. He opens channels of communication so that prisoners and ex-prisoners may share their stories with at-risk teenagers and young adults on the verge of a criminal career. Youth are encouraged to reflect on their actions and the potential consequences, which leads to fewer crimes overall. Prisoners not only reflect more deeply about their personal experience, they also act as valuable resources for teenagers and young adults. The exchange enables both groups to realize they have something to give back to society. Prisoners’ play a leading role in supporting, organizing, and even replicating Gefangene helfen Jugendlichen; turning their engagement into a stepping stone for a successful return to society.

Integrated into a broad network of youth crime prevention work, Volkert and his team provide a missing piece in the field with authentic, dialogue-based confrontation of the consequences of criminal action. However, Volkert also believes in shifting the way prisoners and ex-prisoners are perceived, and he works to reintegrate and reposition them as engaged, productive, and valuable citizens.

Both juvenile delinquents and former and current prisoners are continually marginalized due to entrenched societal perceptions. There are few structures that support these groups or existing prevention programs, making it difficult to leave a cycle of crime.

People under 21 are responsible for about 27.5 percent of all crime in Germany every year, and 33 percent of all violence-based crimes, much higher than their proportion of the population. About 200,000 young people, aged 14 to 18 will commit an offense or crime each year. 30 percent of these are suspected twice; about 3.5 percent for 6 to 10 crimes; and approximately 2 percent for 10 to 20 crimes. The latter two groups are “intensive offenders:” youth with long criminal records. GHJ focuses on reducing this group.

Young offenders heading down a path toward a criminal career often lack realistic insights into where that path may lead. Many start with—and have been punished for—petty crimes (like theft), but they have not been confronted with the consequences of serious crimes. Due to criminal role models, peer groups, television and movies, life in prison is often glorified among at-risk youth. Young people are not always equipped with the skills to reflect and empathize with their families or the victims.

Experts propose that intensive offenders will not react to harder punishment, but to better and extended prevention. Yet how to implement preventative programs remains a challenge, as existing programs for juvenile delinquents are paternalistic and lack a peer-to-peer approach. Participants do not feel understood or taken seriously. As a result, the programs remain ineffective and the offenders ignore the warning

signs. There are also no federal best practice programs in Germany because justice is a state issue and each state is responsible for its crime prevention and rehabilitation strategies and measures.

The situation of German prisoners is not much better. Currently, in 186 prisons, 66,000 prisoners serve their sentences. A year of prison costs about 40,000 € (US$50,940) per prisoner in state taxes. The average relapse rate for male prisoners is 70 percent (and 50 percent among adult females), even though the mission of prisons is to enable prisoners to “lead a socially responsible life without criminal action” after release. Most return to society with financial and emotional baggage: debt of 10,000 € (US$12,740) (on average), societal stigma, and few opportunities for work. Introducing reintegration programs after their release is ineffective.

GHJ's strategy is based on re-socialization through a program that allows for direct dialogue and empathy development, to enable people to understand that they can contribute to society. GHJ does not intend to indoctrinate or teach offenders, but realistically confronts, discusses, and informs, while raising their awareness and changing their behavior.

GHJ aims to reach “intensive offenders” aged 13 to 21 who are at-risk or have committed crimes. The reflection portion of the program consists of a five-hour prison visit, with a group preparation session a week prior and a group reflection session about a week after the visit. The day starts with daily prison routines and locations, such as cells, hallways, and visiting areas. During the group discussion, GHJ team members share their personal stories; ask youth to do the same, and compare their biographies. They also talk about drug and alcohol use, arms ownership, peer groups and victim empathy, and show how a severe criminal career often begins with small offenses. The last part of the visit is a personal, one-on-one dialogue in which youth and prisoners speak privately, without the presence of instructors. GHJ allows prisoners to offer further contact and mentoring to deepen the reflection about where the young peoples’ behavior could and likely will lead if nothing changes.

GHJ works closely with social workers, schools, and the city to identify, select, and invite youth that would benefit from the program. More than 70 percent participate on a voluntary basis, while the rest are asked by officials to attend. To date, 4,500 youth—both male and female—have participated in the program. The prisoners’ participating are thoroughly screened and carefully selected; sexual offenders, for example, are not accepted. In addition, prisoners must have previously demonstrated a willingness and ability to reflect on their past crimes. They are then interviewed by the team and treated as trainees within the program before they are allowed to be direct dialogue partners for young delinquents.

Systematic impact evaluation of crime prevention is limited due to data and privacy restrictions. The only systematic evaluation conducted of GHJ was focused between 2002 and 2007 with a sample of 65 youth in one police district, of which 13 became reoffenders—a much lower percentage than average reoffending rates. Most impact from GHJ is reported through positive feedback both from teachers and pedagogues, who state that working with the delinquents is much easier after they have completed the GHJ program. They also report a much deeper level of reflection and a drop in crime among the groups. Prison officials also confirm the positive affect on prisoners. Relapse rates among GHJ-involved prisoners are only 30 percent (compared to the usual 70 or 50 percent). Contributing to this is their participation in the program, but also their realization that their experience is valuable. For example, Volkert’s first full-time employee at GHJ is an ex-prisoner in day-release.

GHJ’s strategy is based on re-socialization through a program that allows for direct dialogue and empathy development, to enable people to understand that they can contribute to society.

Based on their experience, GHJ has developed additional activities to create an ecosystem of prevention and empathy-building to ensure long-term impact. They have also been able to diversify their income streams; made up of about 60 percent donations, 30 percent income through trainings and membership fees, and 10 percent federal money, with an annual budget of about 100,000 € (US$127,370). The additional activities offer more perspectives for ex-prisoners and expand the guiding principle of dialogue to include conversations with younger people and in related fields. Since 2000, GHJ also offers “Cool in School” prevention trainings in schools to grade 7 and up (aged 13 to 15). About 30 schools and 3,000 youth are reached each year, led by trainers with specialization in “anti-violence” or “coolness” and ex-prisoners who are engaged in GHJ’s activities. These trainings happen in close interaction with schools. Additionally, Eiskalt gegen Gewalt (Ice-Cold against Violence) was piloted from February to June 2011 and financed by the Robert Bosch Foundation. This program deepens empathy over six months (20 Sessions, one a week for 3.5 hours). It follows a four-phase model on how to refrain from violence and crime.

Even more important will be the role of prisoners as initiators in other locations. After engaging external audiences and convincing the German prison administration of the importance of the program, Volkert believes a team of engaged prisoners should guide and manage the program in a facility and build bridges to the outside world, just as he did. Although GHJ’s focus still lies on the prison visits in Hamburg’s Santa Fu prison, the program has scaled to three other locations, and more are interested to replicate it. With a team of three in Hamburg, about ten volunteer trainers and ten prisoners involved in this work, and access to a variety of networks in the public sector, Volkert now has the organizational structure as well as the expertise in this complex field to scale further. His goal is to grow into all federal states. Volkert personally coaches institutions to setup the program, which is done hand-in-hand with the local educational administration.

In its positioning, GHJ strategically chooses not to cover a wide-range of offers within youth prevention work; as Volkert says, “We choose to be the missing mosaic piece.” GHJ covers the action part of successful prevention and then works with partners to not leave the social environment of delinquents untouched. For youth, parents, schools, ex-prisoners, and social workers, GHJ is a trustworthy and professional resource to go to for advice and recommendations (i.e. for partnering education facilities who will accept school dropout re-offenders on GHJ’s recommendation). Their strength is their close cooperation with the education and justice administration, police, youth support organizations, and victim support—all open to include GHJ’s effective prevention programs in their work. GHJ has expanded its vision to provide a comprehensive, inclusive system of programing for a wide variety of stakeholders to combat crime and support offenders in a seamless societal reintegration and finding a greater life purpose.

Growing up in a difficult family situation with a violent father, Volkert got involved with criminal circles early on. He was 18 when he was imprisoned for the first time. After leaving home at a young age, Volkert was homeless, but managed to show up to his job as a landscaper every day. However, in his twenties he became unemployed for quite some time. Volkert contacted Colombian drug dealers and smuggled cocaine into Germany, but was caught. He fled to Colombia, spent two years imprisoned in Panama and returned to Hamburg to spend an additional eight years in jail.

Being in prison led him to rethink his life and made him want to make the best of the time he spent in Santa Fu prison in Hamburg. Volkert got his high school degree, spent five semesters as a guest student in computer science and started developing the concept for Gefangene helfen Jugendlichen. He had the idea in 1996, but it took him years to win his first allies in the prison system, then in Hamburg’s education and justice administration. Two years later, the first pilot visits of youth began and it became a program for prisoners to give back and build their own project. After his release, Volkert founded Gefangene helfen Jugendlichen as a citizen organization and has been developing it ever since.

Volkert likes to be in the field working with young people, training prisoners to spread the idea or signing on partners and collaborators to further his work. He is part of different public innovator networks and has received many awards to further develop his concepts. Looking ahead, Volkert would like to establish a much needed positive lobby for prisoner rights.