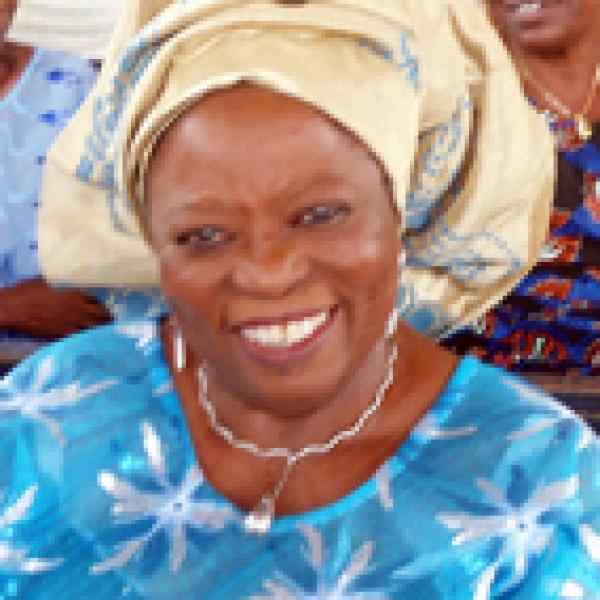 Concerned since childhood with the endless hours of low-yield drudgery that is a rural women's daily lot, Victoria Dunmade is launching an effort to develop new appropriate food-processing technologies designed for use (and control) by rural women.

Victoria's idea is to introduce technologies and equipment for food processing that improve upon indigenous technologies, with consideration for women's special needs. Realizing the major role played by women in food production, Victoria is working to ensure that new technologies do not displace women, as has often been the case.

Victoria's Centre on Appropriate Technology for Food Processing by Rural Women in Nigeria is particularly concerned that rural women be made aware of and given the opportunity to benefit from women-appropriate technologies. This entails ensuring that the needs of women are taken into consideration in the development, and also the operation, maintenance, and management of appropriate technology. When this is the case, the women have a better chance of controlling the technology and the products and benefits derived from it.

Victoria's focus is on post-harvest handling of food, an area that has not been given much attention in Nigeria compared to other areas such as rural development, crop production, credit schemes, and cooperative actions for marketing and services.

In Nigeria, a substantial percentage of crops are lost to spoilage as a result of post-harvest handling problems. Reports state that as much as 60% of total annual harvests are wasted in this way. The problem lies in the country's serious deficiency in small-scale crop processing, a severe obstacle since between 85% and 90% of Nigeria's food crop is produced by small farmers, according to the 1986 National Food Plan.

Additionally, the efforts of women in food production in Nigeria often go unrecognized or unappreciated. Rural women spend about 35% of their time in farm work, 25% in other income-generating ventures, and 40% in home-related activities. Most of their efforts still rely heavily on slow and inefficient methods, using poor equipment. Additionally, women have often been excluded from subsidized farm inputs, training, and credit in agricultural ventures.

Despite the rising influence of women's groups throughout Nigeria, fundamental problems remain. Victoria's research on women's groups around the country found that even when women group's acquired new equipment, many soon became dependent on men to operate and maintain it. "We prefer our old ones because we do not understand how to handle those given to us," said one of Victoria's responders, reflecting a common sentiment. " They break down too often and they are very difficult to operate."

In order for women's groups to get the training they need to acquire, operate, and maintain new equipment that will actually benefit them, Victoria's center is bringing together engineers, manufacturers, research institutions, local artisans, food technologists, home economists, and women in agriculture. The center will interact with rural women's groups to assist them in researching their needs, shopping around to acquire what they have determined they need, and training the women to use the equipment as well as training the women and/or local artisans to maintain it.

Victoria's work has many other dimensions as well, including: researching and developing processing systems; promoting the improvement of existing operations; offering training in planning and agro-business management; and encouraging the formation of viable women's cooperatives.

Victoria was born in Oro, Kwara State and largely raised by her grandmother, a woman of will, warmth, and principle. Victoria was struck by the cohesiveness of her grandmother's life and values– and also moved by how hard and long she had to work over her 100 years of life.

This compassion for the plight of women in the rural communities was only heightened by Victoria's experience as an extension worker. She came to realize that women could not benefit from the wealth of information about nutrition, health, child care, etc. because they were too tired to sit through the discussions or demonstrations. Gradually, she began to develop ideas about the value of truly appropriate technology as a way of improving the efficiency of the rural economy and of making life less dull and exhausting for women.

With the Ashoka Fellowship, Victoria Dunmade has resigned from her university position in order to work full-time for the enhancement of the quality of life of rural women.