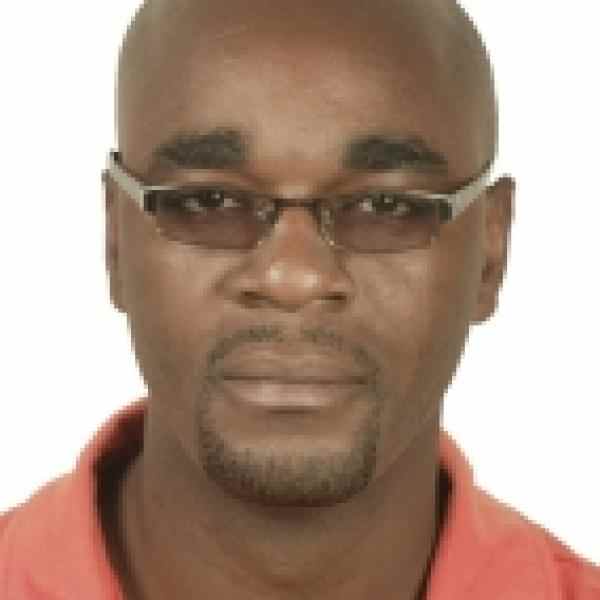 With a focus on youth in Zimbabwe and elsewhere in sub-Saharan Africa, Verengai Mabika is developing an array of innovative educational, advocacy, and experience enhancing initiatives to expand awareness and understanding of the challenges posed by global climate change and to facilitate the development of effective strategies for enabling adversely affected communities to contend with those challenges.

In 2009 with the aims of addressing awareness, community response and public policy needs relating to climate change and engaging young people to respond to those needs, Verengai created Development Reality Institute (DRI) in Harare. Using a “virtual school” approach, DRI offers a basic online course that examines the Earth’s climate system and explores the science and politics of climate change. It recently introduced an advanced, diploma-level course that draws on the expertise of climate change researchers from many parts of the world. Additionally, DRI’s website contains a knowledge management initiative (K-Hub), with a rapidly expanding array of documentary materials on climate change—including research reports, position papers, journal articles, and documentary videos of community efforts to respond to adverse climate change.

Drawing on the expanding array of materials in DRI’s K-Hub, Verengai and his staff are also increasingly engaged in advocacy roles in domestic and international debates concerning appropriate policy responses to the many challenges posed by global climate change. In a related activity deploying a powerful combination of its webcasting and Skype conferencing facilities, DRI is enabling substantial Zimbabwean’s working on climate change issues in government agencies, relevant university departments, and citizen organizations (COs) to participate in international conferences related to climate change. Additionally, in an effort to engage a younger generation in environmental protection and related activities, Verengai and his colleagues have promoted the creation of and are assisting in the development of “Cool Clubs” in secondary schools in Zimbabwe to stimulate student interest in environmental quality issues and engagement in community-based efforts.

In sub-Saharan Africa broadly and in Zimbabwe in particular, public awareness of global climate change and its implications for the well-being and livelihoods of the region’s burgeoning population is limited, at best. The African continent has warmed about half a degree (centigrade) over the last century and the mean annual temperature in Africa is likely to rise an average of 1.5-4°C (34-39°F) by 2099, according to the most recent estimates from the International Panel on Climate Change. In the view of most climate change experts, Africa is more likely, over the remainder of this century, to experience the adverse impacts of climate change than any other heavily inhabited region. In sub-Saharan Africa, extreme weather conditions are already causing dry areas to become drier and wet areas wetter, with attendant declines in agriculture yields and the spread of several endemic diseases—including malaria—to parts of the region where, until very recently, they have not posed major health threats.

According to recent World Bank studies, the environmental consequences of climate change will thus have particularly adverse effects on the economic development of many sub-Saharan African countries. Credible projections suggest that some 9 to 20 percent of sub-Saharan Africa’s arable land will become much less suitable for farming by 2080, and that rainfed agriculture is likely to reduce up to 50 percent by 2020 in the region’s semi-arid and arid regions. Unfortunately, although many governments and several intergovernmental organizations are formally committed to addressing the consequences of adverse climate change in African settings, very little has been done to date. The development of African capacities for such work has been severely neglected, particularly in countries (including Zimbabwe) in which civic participation has long met with political resistance. Further, few serious attempts to come to grips with the problem have carefully explored what location-specific indigenous knowledge can contribute to a better understanding of the adverse consequences of current and prospective adverse climate changes. Accordingly, despite that Africa is most likely to suffer from the effects of climate change, African people—and African youth in particular—have had few opportunities for effective engagement in the process of analyzing and tackling the problem.

Verengai created DRI to raise awareness of issues and needs relating to global climate change and to assist efforts, informed by local knowledge, to mitigate its adverse effects in Zimbabwe and elsewhere in sub-Saharan Africa. The institute’s pursuit of that mission is also focused on equipping a burgeoning new generation of young people in that region, and future leaders in particular, with the knowledge, skills, and technical expertise required to respond effectively to the challenges posed by climate change.

Since the Institute’s founding, Verengai and his colleagues have pursued and refined five interrelated strategies: (i) the creation of a “virtual school” with an array of courses on climate change and appropriate responses to the challenges it poses (ii) a “knowledge management” initiative with a rapidly increasing inventory of materials related to climate change and appropriate responses (iii) a vigorous array of policy advocacy initiatives (iv) a related ICT initiative that enables Zimbabweans professionally engaged in addressing climate change issues to contribute to discussions in international gatherings addressing climate change concerns, including the Conference of the Parties meetings organized under the United Nations Framework Convention on Climate Change and the implementation of the Kyoto Protocol, and (v) the creation of Cool Clubs in secondary schools to stimulate student interest in environmental issues and increase their engagement in community-based efforts.

The virtual school is an e-learning platform aimed to mainstream climate change in development planning and implementation. The school offers four-week short-term courses endorsed by Zimbabwe’s Ministry of Environment and targeted primarily at young people engaged in relevant activities, including program managers, policymakers, planners, community-based leaders, opinion leaders, and researchers. It recently introduced a five-month diploma course, accredited by the University of Zimbabwe, which draws on experts from around the world in partnership with the United Nations Volunteers program. Other implementation partners in the initiative include the Ministry of Information and Communication Technology and the Ministry of Tertiary Education, as well as the African Capacity Building Foundation.

The virtual school’s courses emphasize the linkages between climate change and health, water and sanitation, population, energy, disaster risk reduction, and agriculture and food security concerns. Efforts are also well advanced to enlist the support and collaboration of several strategic partners—including Zimbabwe’s Department of Meteorological Services, UNESCO, FAO, Oxfam, Practical Action, and WHO—for the school’s offerings. DRI currently accepts five students per year in its basic, four-week course and two students per year in the advanced program. Thus far, the Virtual School has enrolled participants from twenty-eight countries, mainly in sub-Saharan Africa, and participants who have completed the school’s courses are increasingly called on to contribute to the development of further learning tools.

DRI’s K-Hub is making special efforts to identify and tap into information on practices at the community level (in Zimbabwe and elsewhere) that offer guidance for the development of approaches to contend with droughts and other consequences of global climate change. Two videos that portray instructive initiatives have been produced by DRI staff, in collaboration with Oxfam Great Britain, the Swedish Cooperative Centre, and Zimbabwe’s Meteorological Services Office.

In its efforts to enable greater numbers of Zimbabwean’s to participate in and learn from important international gatherings relating to climate change, DRI uses a combination of live streaming and video conferencing facilities to share the conferences in real-time. It also sends a participant to the meetings that it covers to serve as a key correspondent, relaying relevant documents to DRI’s server, and on occasion, arranges for a “conference participant” to contribute to the discussion in a break-out session from DRI’s conference facility.

Over three years, DRI’s Cool Clubs initiative has been successfully implemented in several secondary schools in Harare, and, over the past twelve months, in two schools in each of Zimbabwe’s ten provinces. By the end of 2010, more than 800 young people will be active club participants; taking advantage of the opportunities that they provide to design, launch, and operate community-based responses to environmental problems, some including income-generating opportunities. (Testimonies from alumni of the Virtual School suggest that there are also some 40,000 “indirect beneficiaries” of the school’s offerings, including government officials, researchers, and opinion leaders throughout the region.) The Institute’s knowledge hub’s short documentaries are also reaching wider audiences, including marginalized youth in rural areas. Finally, DRI’s video conferencing facility has enabled some 150 young people from Zimbabwe to attend regional and international conferences during the past year DRI also records an average 1,000 visitors on the knowledge hub per day.

The impact of the Institute’s labors is starting to be felt at the national policy level, as the government recently called for a climate change policy formulation process, after lengthy discussions in which Verengai’s Virtual School initiative was frequently mentioned. In the future, Verengai wants to broaden the scope of DRI’s activities, placing added emphasis on resource mobilization and seeking collaboration with universities to obtain formal accreditation for DRI’s course offerings and help launch a virtual master’s degree course in Climate Change. To reach wider audiences in Sub-Saharan Africa with DRI’s current courses, Verengai plans to introduce versions in French and Portuguese.

Verengai was born in 1980 in the Harare suburb of Gweru, where he lived for twenty years in a two-room house with his parents, brothers and sisters. Motivated to pursue a better life, he moved to Harare in 2000 to attend the University of Zimbabwe. In his first year of studies, he co-founded the Integrated Students/Planners Network, a student-run association that links professionals and students in the field of social development. In 2004, Verengai graduated with Honors in Rural and Urban Planning and completed a postgraduate diploma in Water and Sanitation Development. He worked for five years as a researcher at the university’s Institute of Development Studies and for several COs concerned with development issues (including the U.S.-based Urban Institute). In 2009, persuaded that he had accumulated the knowledge and skills to found and develop his own organization, he established the youth-oriented Development Reality Institute. In 2010 Verengai designed and launched the first virtual, web-based school for youth in Africa, which, in its initial year of operation received five national and international awards for innovation and creativity, including the World Youth Summit Award, the Stockholm Challenge, and the Top Young ICT Innovator of the Year Award in Zimbabwe.