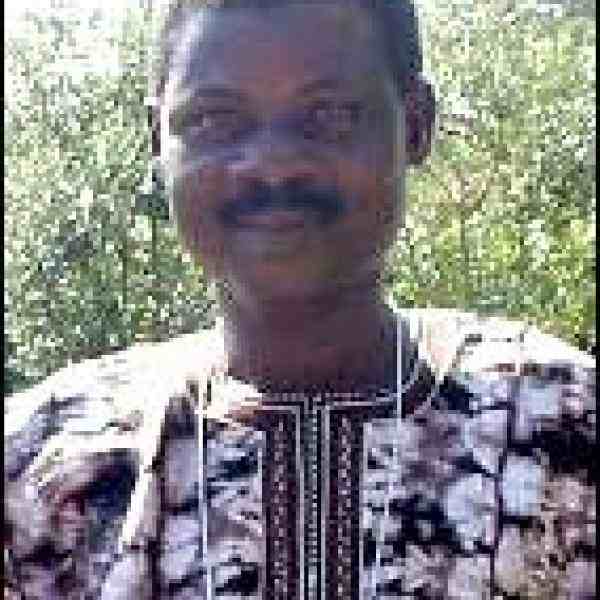 Tunde Fabunmi is reconciling the competing needs for human sustenance and environmental preservation by introducing beekeeping as a viable income-generation alternative to the environmentally and economically unsustainable practice of bee hunting and burning in rural communities.

The traditional honey harvesting practice in Nigeria involves allowing bees to breed in the wild and then finding and burning the hives to disperse the bees, usually killing them in the process. This practice reduces the bee population and is both destructive to the environment and unsustainable as a source of income for rural communities. Tunde organizes beekeeping, honey-making, and marketing classes for communities, unemployed young people, and the general public both to introduce alternative modern conservation methods and to provide self-employment initiatives to those not previously involved in honey harvesting. To further stimulate the local economy and to ensure that beekeeping equipment is affordable, Tunde has commissioned local craftsmen to build the requisite equipment from locally produced materials. His approach can be used in other places with similar economic and environmental challenges.

The current method of harvesting honey in Nigeria dates back hundreds of years: villagers burn beehives so that the honey can be extracted without the bees stinging the harvesters. This practice contributes to environmental degradation and pollution, as well as depletion of the bee population. As the bee population decreases, honey-producing communities find it more difficult to sustain themselves and thus are experiencing increased unemployment and urban migration. Nigeria recently has been experiencing low-yield agricultural production–a grave problem that could be linked to the decreasing bee population because the bees make vital contributions to agriculture through pollination.
The government has created a Ministry of Environment for addressing environmental issues, but the ministry has yet to address the issue of bee conservation. Some citizen sector groups have organized bee conservation classes, using experts from the International Institute for Tropical Agriculture. However, these are one-time classes in a series dedicated to providing organizations with options for income-generating activities rather than being specifically focused on beekeeping or honey harvesting.
If the problem of current bee-hunting practices is not addressed, Nigeria will eventually face the extinction of bees and the ensuing dire consequences for communities, including–most prominently–increased poverty and environmental degradation.

Tunde is reversing the negative environmental and economic consequences of traditional honey harvesting by educating targeted populations about bee conservation, lobbying the government for new laws, and providing economic opportunity through alternative honey-harvesting methods. Working with people and communities that have established bee-hunting activities, he introduces sustainable honey harvesting to people and communities that have never engaged in this income-generating activity.
At present, Tunde works with two honey-producing communities in Lagos and Ago-Are. By approaching the community chiefs and leveraging his acquaintance with many of the bee hunters, he was able to organize workshops in the communities. To educate the bee hunters in these communities, Tunde convinced the two largest honey producers to allow him to start beekeeping on their land as a practical demonstration of this more sustainable alternative. He then organized workshops for farmers at these bee conservation centers. Because the biggest honey producers have accepted Tunde&#39;s new methods and are now keeping bees, many of the other farmers are following suit. Tunde also holds beekeeping classes outside the farming communities. He advertises these classes in the newspaper, attracting people interested in venturing into honey production.
Tunde has taken various steps to ensure the impact and spread of his idea. He has managed to get two universities in Nigeria to include beekeeping in their agriculture curricula. He has also sent a bill to the legislative house that would ban the current practice of bee hunting in Nigeria. Upon the insistence of other local government authorities in the states of Lagos and Ogun, he is in the process of starting beekeeping classes for other communities in those regions. His long-term interest is to set up a training institute that will provide educational certification in beekeeping.
Tunde&#39;s project has nine board members and two other staff members. He sustains his work through the assistance of local and international organizations, as well as with income generated from the sale of honey from his bee farm. Additionally, he is in touch with various international bodies on beekeeping that provide him with research material and other nonfinancial assistance.

Growing up in a community noted for honey hunting and trading, Tunde was familiar with honeybees early in life. Like many of his friends at that time, however, he hunted bees partly for the honey and partly for the mere adventure. He, like the others, did not realize that this activity would eventually wipe out the bees and the honey with them. In 1984 he became a journalist and was given the environmental beat. His journalism experiences developed and sharpened his understanding of the environment and the need to protect it. But even with his interest in the environment, bees did not immediately figure in his reckoning as creatures that needed protection, nor was their immense value to nature and society apparent to him.
An experience in 1991 changed his perception of bees, helping him to understand their importance to humanity. He received a cut that proved intractable to different forms of orthodox medication; and in his search for a solution, he stumbled on someone who recommended treating the cut with honey. To his surprise, the cut healed within a week. From then on, he developed a keen interest in bees and their byproducts, studying them and their values and uses to society. He left journalism in 1997 to start beekeeping in the village and to conduct classes to educate others on the value of bees and their potential.