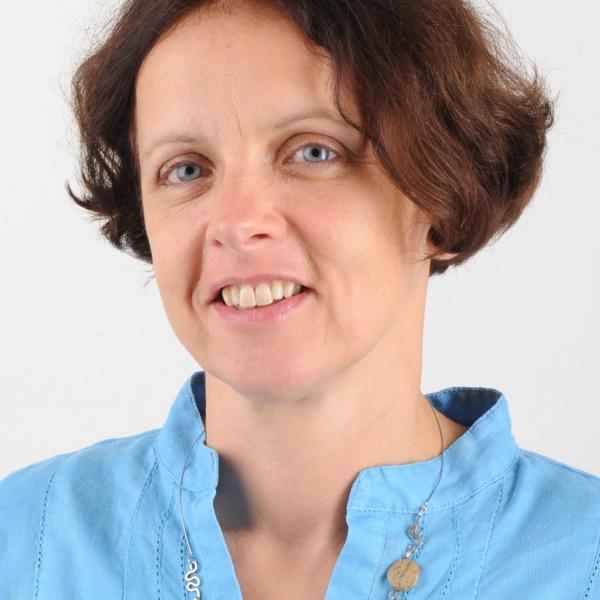 Tereza Hradílková has created a comprehensive program for families with blind children or children with multiple disabilities. Her family based method is a dramatic departure from the traditional expert driven, institutionalized care of such children in Czech Republic.

Tereza Hradílková is revolutionizing the care and treatment of visually impaired children, many of whom also have other disabilities. She has dismissed the common beliefs of the Czech medical community that the best approach to care for such children is to institutionalize them and assign their care entirely to professionals.Instead, Tereza is demonstrating that parents and families can and should effectively raise their blind children themselves in their own homes. Moreover, she is proving that when parents and medical professionals work in close cooperation with each other, the children flourish. This synthesis of professional help and the individualized attention that the family can provide creates what Tereza calls "expert companionship." It offers the best of both professional care and family-based care. Tereza is also building a community among parents. With Tereza's help, they exchange their experience and help each other to find their own strength.

The traditional way of caring for blind children in the Czech Republic sidelined parents and family and attempted to solve the "problem" of care though institutionalization. Children were transferred to boarding schools and brought up in a segregated and specialized environment. As a result of this style of care, parents felt guilty about not being competent enough to bring up their child.

The segregated system has had consequences both for families and for children. The children develop a tendency to view and assess themselves above all as disabled and not as individuals, and parents are burdened with guilt and a complex of incompetence. The tragedy of a severely disabled child thus has often extended to the entire family.

A barrier to early intervention in the care of disabled children is the general belief in Czech society that medical doctors have a monopoly on health care and that "amateurs" should not be responsible for the care of the blind. This ethic coexists with a relatively immature civil society, which still regards members of citizens' organizations as second rate. Thus many medical professionals and government officials are still hesitant to cooperate with those that present alternatives to institutional care.

All of Tereza's services emanate from centers she has established throughout the Czech Republic. The first Early Intervention Center was in Prague. There she began to experiment with visual and cognitive stimulation. She was able to demonstrate that many children who are thought to be completely blind actually have some vision. This is particularly true of children who are blind because of brain damage. Tereza follows up her diagnostic precision with appropriate therapy, and children with partial vision, previously undetected, receive stimulation crucial for retaining the sight they have.

Once she had perfected her techniques for the care of blind children and their families, she was ready to spread her idea on a national level. In 1993 she established Early Intervention Centers in Liberec, Ostrava, Eske Bud Jovice, Brno, and Olomouc. She has put together a team of over 20 people, of which only two work full time on administration; the rest devote their time to working directly with the children and their families.

The main focus of the Centers is to support the parents and help them get the best possible advice on how to care for their blind children. For example, Tereza teaches parents how to decorate and organize their homes to provide sensory cues for the children. She also has discovered that the biggest barrier to the care of blind children is the guilt that the parents often feel after they discover that their children are severely disabled. She combats these feelings through a variety of parent support mechanisms. Tereza and the Centers are bringing together experts and more experienced parents and forming them into advisory units which organize parent training, support groups, and the publication of a journal. Early Intervention Centers now cooperate with over 365 families in the all parts of the Czech Republic.

In cooperation with local physicians and other care providers, the Centers also provide a number of outpatient services for the children including physical therapy, music therapy, spatial orientation training for children, and visits to swimming pools. The Centers also have special tactile toys which families can borrow and use at home. Tereza considers these cooperative activities with the medical community to be important because they eliminate barriers that previously stifled cooperation between the medical community and the early intervention teams. She describes the relationship between the medical community and the families as a parallel track partnership. The experts do not function as a supreme authority, but act in conjunction with the parents until the family is ready to take on the responsibility of raising their child without unnecessary input from professionals.

Tereza is working for legislative reform to combat the compartmentalization of social activities that relate to care for blind children - education, health care, and social services. All, as a matter of practice, still exclude the family. Tereza and a number of doctors who support her ideas are lobbying the government to reform the way it approaches the care of disabled children and to discontinue institutionalization. To do so she has launched an aggressive mediacampaign.

Tereza has been working with blind children since she was a teenager. After high school she wanted to study special education, but her university application was rejected. Upon rejection, she decided to work at a boarding school for the blind. When speaking about the time she spent in the boarding school, Tereza says, " I often felt helpless in my work with the blind at the boarding school but in light of what I do now I was more inspired by work there than by my formal study. I saw those children living in a sterile environment, receiving limited training, and I felt the need to change or introduce something. I tried to do something entirely different with the children - for example, I taught some to mop the floor, which was revelation for them - and I was accused by the director of the school of exploiting the children. In the final analysis it was good for me in formulating my attitude toward traditional techniques."

The following year her application for admission to the Special Education program was accepted, and she enrolled at Charles University in Prague. There, she met a blind psychology professor and worked closely with him while conducting her research on the cognitive development of blind children and on her theory of family therapy.