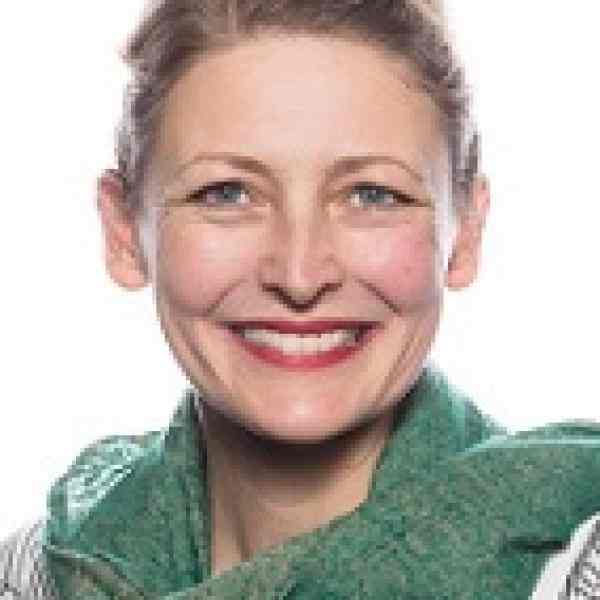 Information technology can be used to enhance social change and shift the conversation on social issues, yet assumptions about its impact often remain unexamined due to fast-changing developments and a lack of capacity amongst actors for social change. Stephanie Hankey builds a movement to bring civil society organizations to the next level of effectiveness and thus reshapes the power balance between changemakers and their counterparts and is building a field of ethical, considered use of information for the good of all.

With the Tactical Technology Collective (TTC), Stephanie Hankey changes the conversation about information technologies’ role within achieving social change. Knowing that the challenge is no longer to provide access to technological tools, but to use them effectively, she enables people working for social change to rethink their use of information technology in order to raise the effectiveness of their work, especially the way they use data. Thus, she works to elevate digital technologies’ role from operational support to core tactical functions.

Breaking from the widespread assumption that data and information technologies alone can create social change, Stephanie changes how people and organizations make use of information to reach their goals, in a way that is both safe and effective. Her programs are designed around a human- rather than technology-centered approach, putting the users, their aims and their context first, and then helping them design or apply appropriate tools. Whether in data security or in using data effectively to reframe public debates, Stephanie is building capacity among civil society actors globally through observing trends in information technology usage and translating them into practical tools and solutions that answer the specific needs of changemakers and stimulates the way they learn and adapt. This leads to increased orientation and knowledge, to demystification of information technology, and to empowered civil society actors considering how best to orient their strategies for change to the digital sphere in order to use them wisely and effectively.

Stephanie and the TTC widely spread the solutions they develop through open source models and a close network of intermediaries around the world. In addition, she uses the format of interdisciplinary camps, curricula development and resources such as films and toolkits that she makes available to others in her own field to support a whole field of professionals worldwide, facilitating the space for constant innovation in the area of information usage for social change. This way, she works towards a society where everyone can be an information activist – civil society actors making sense of digital technologies and the power of information for the societal goals they want to reach.

The more society’s reliance on data increases and the more the Internet emerges as the public sphere, the more political participation takes on new forms in that digital space. It increasingly becomes a place where struggles over power and its abuses are played out, where debates on fundamental freedoms and rights take place. With this development, information and its (digital) control becomes an essential element in obtaining, asserting and increasing power and conversely in having in place checks and balances that control its misuse. This is particularly relevant for political actors working on sensitive issues, such as corruption, human rights or engaged in investigative journalism.
Over the past ten years, digital technologies have brought new opportunities for the ways these political actors use data for evidence-gathering, mobilizing, organizing and increasing accountability. Still, people’s ability to use data and digital tools effectively and wisely for constructive social change is at an early stage of development.
If used effectively, information can shift the conversation on critical issues and influence their development. Key to this effective use is to ask the right questions towards the intended outcome and to then come to thought-through decisions on if and how using digital techniques actually makes a difference. This needs to be done with a realistic eye on the possible downsides of using digital technologies to work on sensitive issues, and against the myth that it is the quantity of available information that can change issues. In reality, a critical perspective is needed to think through the actual influence the availability of information and the use of digital technologies can have on an issue. Still though, many civil society groups end up wasting resources or potentially suffering from adverse effects due to the lack of quality of their evidence or the inability to reach their audiences. This situation increases the need to (re-)introduce the paradigm of always considering context and impact first and have technology follow.
At the same time, technological opportunities and instruments progress very fast. Knowledge on how technology is used best for which purposes and with which consequences outdates itself in increasingly shorter terms. Intricately linked to this is the challenge of safety and privacy. More and more, this is becoming an issue for everyone in the digital sphere, but especially for activists and political actors aiming for social change in critical issues with regard to reshaping power balances. They are often exposed to a large extent while trying to use the digital sphere for their causes – leaving data traces that can be used to intimidate or expose them. This is not only an issue for NGOs, human rights lawyers and professional advocates, but for those who become politically active on sensitive issues. In a world where increasingly everyone can be an information activist, the question is how they can exercise that power effectively and safely.

Stephanie has worked to strengthen information activism and reduce limits to freedom and expression in the digital sphere since 1998. She was editor-in-chief of a youth magazine and worked as a creative director and producer for a number of London-based multimedia companies and then studied information and interaction design. But she soon asked herself: Did what she was working on in those positions actually play a role for advancing how digital technologies could support social impact? This was at a time when the potential of technology was only explored within the commercial sector. That is why she decided to work with the Open Society Institute in establishing their “Technology Support for Civil Society” Program.
Stephanie's upbringing in a family of entrepreneurs taught her to embrace challenges and to keep trying even when solutions seemed difficult to find, so after spending five years seeing firsthand the challenges faced by civil society around the world in using technology, and finding out that the field needed to support this did not exist, she founded Tactical Tech.
Ever since she has been driving the field of using technological solutions for information activism in the front row, using her problem-solving design based background to innovate in the sector: First as an early-innovator and designer of solutions, then as a field builder and evangelist and now as a critical voice and energetic skeptic in the sector, raising questions whilst providing innovative practical solutions that can be spread amongst a broader community with the aim of solving some of the most challenging problems.