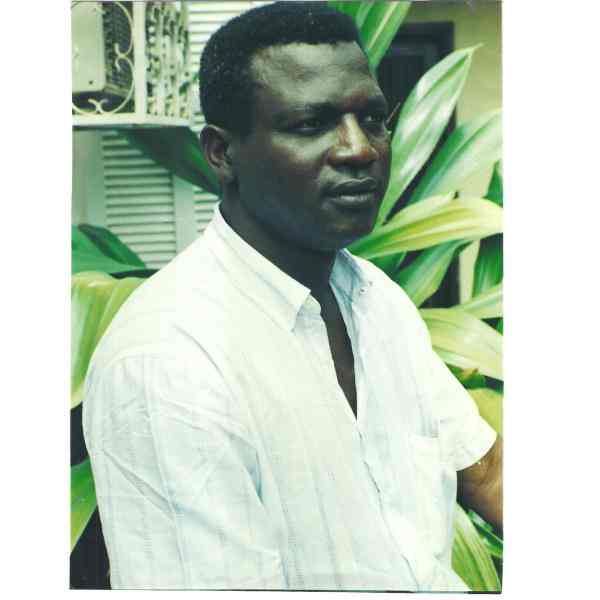 Souleymane's new approach to training artisans involves pairing unemployed university graduates, "who think they know everything," as Souleymane says, with unemployed street youth, "who think they know nothing". The result is teams of young people capable of launching their own micro-enterprises.Souleymane provides each group with a six-month training he describes as, "not what traditional artisans do, and not what universities do, but a bit between the two". In addition, Souleymane provides six months of follow up and support to the groups during the early stages of their enterprises. He says a "natural complementarily" will arise between some groups, which will work together, each specializing on one aspect of production, to form "mini-factories in the street."Souleymane explains that this next generation of artisans will be entirely self-sufficient. Souleymane's system will also help overcome deep-seated colonial values: "The colonial system told us that the way was to go to school, to wear a starched shirt. We need to understand that there are other ways to do it. However, we need to also understand that the starched shirts are not the enemy."

Unemployment in the urban areas is nearly seventy percent. The chief opportunities are for skilled artisans.

Until recently, university graduates in Mali were virtually guaranteed government employment. However, with crushing budget deficits and the implementation of a structural adjustment program, the Malian government has essentially ceased hiring any new personnel. Thus there are now a legion of discouraged "jeunes diplomes sans emploi" (young, unemployed university graduates).

The best estimates of youth unemployment nationwide is now eighty percent. the problem is most acute for those with little or no schooling. Moreover, they suffer from the widespread disdain and hostility many express towards Bamako's "young vagrants".

Currently, the system for aspiring artisans not only stifles their creativity but also maltreats and mismanages them. For example, apprentices serve a 5-6 year apprenticeship during which they receive no pay, are not given a place to live, and receive only one meal per day. Apprentices must support themselves by making and selling whatever small items they can in their spare time. At the end of their apprenticeship, the patron neither provides the apprentices with tools nor contacts and even actively seeks to prohibit them from becoming competitors.

Souleymane begins by creating teams of 13 people, each consisting of four artisans, six unemployed street youth, and three unemployed university graduates. Each team receives multi-faceted training including artisanal skills, basic literacy, small enterprise planning, and marketing. Initially, Souleymane tries to tailor the training to the specific needs of each individual group. He then launches them, providing each team access to tools and a small amount of start-up capital. He helps each team learn how to discover goods for which there is unmet demand or where the need is being met by expensive foreign imports. Souleymane's own creativity sometimes helps these new teams spot these sorts of opportunities. The end result is a new small enterprises with good prospects for sustainable profitability.

Souleymane believes that the refusal to innovate among established artisans ("they think only of feeding their family today, and they have made their living making the same products the same way for twenty years") means that there are numerous opportunities for new products. In particular, he has noticed that the number of people willing to pay slightly higher prices for better quality goods is growing, but he says that the vast majority of established artisans are incapable or unwilling to meet this demand. Souleymane's teams will canvas rich and poor neighborhoods alike, to discover what services or products they need. Additionally, Souleymane will put his teams in contact with the many agricultural groups in need of hands-on technical assistance and new tools, e.g. for the construction of biogas machines.

At the heart of Souleymane's strategy is a training and information center, which will train for the groups, and then provide careful monitoring and counselling during their start-up phase. Souleymane believes that these new teams will have distinct advantages over the traditional artisans including: the ability to make more than one type of product, and a larger perspective on the entire production process (due both to the participation of university graduates and also to Souleymane's initial training). Souleymane's center will further help the teams by purchasing raw materials in bulk at more advantageous prices, strike more beneficial deals with merchants, and identify new markets.

Souleymane estimates that it will take two years to establish his new center in Bamako. He plans to have the Bamako center serve artisans and young people from outside of Bamako as well--at least until he can, as he plans, open other centers across the country beginning in the other large towns.

Souleymane's dream is that, through the success of his program, Malians will understand that "it is not only machines that can give economic independence and that each person or group can play their role in fulfilling their own needs and the needs of society."

Souleymane was born thirty-two years ago in Bamako to a family of artisans, though he was sent to school to receive a traditional education. He attended primary and secondary school in Mali, finishing in 1981. Unemployed after graduation, he helped his father with his metal-working business, and also worked as a day laborer for a master mason. During this time, he learned much about the established community of artisans and their resistance to change. However, he was also able to effect some changes and improvements in how the "experts" worked. Souleymane says that the basis for his current vision lies in that experience: "I was never trained in this [masonry], but I saw that I could make a difference."

Souleymane later worked as a liaison between the International Labor Organization and the Malian artisans in addition to being an honorary official representative of the Malian Government. After six years he decided to start up a program for artisans independent of the government.

Souleymane began his program by going back to school for ten months to receive a diploma in marketing and identification, evaluation, and implementation of projects. His vision at this time was to create a "one-stop-shop" for artisans where they could receive training, credit,and other support. Souleymane began work on his vision with money from his own savings, which he supplemented with consultations whenever they were available.

In 1991 Souleymane co-founded the Federation of Malian Artisans, a grouping of 35 artisans associations from all regions of Mali. It is the first attempt in Mali's history to bring together artisans on a countrywide level. The Federation focuses on educating artisans about their legal rights and organizing them to press for better government policies. The Federation also gives Souleymane a further and very useful means through which to press for reform of the current apprenticeship system.