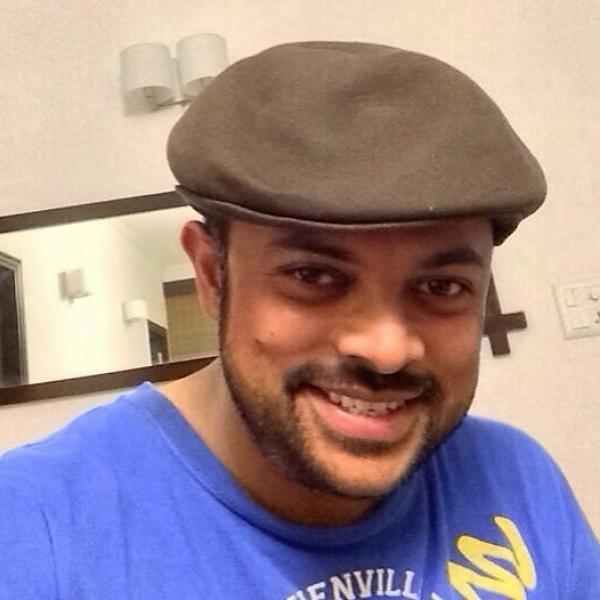 Saurav is bridging the critical human and financial resources gap needed to unlock the economic potential of Panchayat, ensure maximum fund utilization and last mile service level delivery to the villages across India.

By engaging Panchayat and making them SwaNigamit (Self Corporatised), his organization seeks to ensure that Panchayat monetizes its natural resources, provides enabling environment to its community and creates infrastructure for strengthening of Agriculture and allied sector activities. He hopes that the Economic resurgence of Panchayat may one day enable Panchayat to move away from grant driven models to tax paying entity for Government of India.

Saurav realized that unless the Panchayat runs like an office with support staff , it is not practically possible for elected Panchayat leaders to be aware of all government schemes, do the paperwork required access money for works and village development. Since there was no provision to create an office and add to Govt exchequer, they took the route of creating Panchayat entreprenuers who can support them to fully utilize opportunities made available by the government simultaneously creating wealth for themselves and the Panchayat.

Saurav is building this strong cadre of ‘Panchayat Development Entrepreneurs” who collate village needs and support Panchayat leaders to document proposal access schemes, and implement them. He believes only local youth leading these initiatives can ensure their continuity as any external organisation cant be there for eternity . With inbuilt margin model in any Govt scheme through the defined process of auction and contracts, these local entreprenuers strengthen village infrastructure.

Saurav realised that Panchayat is the hidden entrepreneurial hub which has the powers and resources to create enabling infrastructure to boost rural enterprise; all it needed was right human resource to document the needs and present it to State. Through their work so far they have found that there are cadre in every village who look for ways to make village development sustainable at the same time earn sustainable income without migrating to the cities..

Elected panchayat leaders as an individual may or may not carry the necessary set of documentation and articulation skills needed to capture the village requirements and convert them into Village Devleopment Plan. What happens then is year on year the funds are spent on roads, pond deepening, plantation etc and many random activities

In the absence of a regular ‘office’ at Panchayat level, lack of budget to run a full fledge office and personal aspriations of Panchayata representative the villagers cant come and record their needs, access certificates,submit application or follow up.The Panchayat Bhavan at most times remains an abandoned building with many hardware only to be opened whern there is a ‘Sarkari Visit’.

Although the government has developed programs on training and capacity building, such as the Rashtriya Gram Swaraj Yojana, for individual panchayat officials to learn how to budget plan, maintain accounts, and apply for schemes, they remain ineffective because they expect the Panchayat leader to handle all aspects of work on their own, without providing them infrastructural (an office) and human resource (a team) support.

Saurav recruits students from local colleges to join the youth cadre he is building to function as the office of the Panchayat. He specifically targets students who are not performing high academically as they are more likely to drawn to opportunities in the village. He also targets students who have not cleared the civil service exams as they have an inner drive to serve their community and lead development initiatives. The opportunity to join this new cadre is an attractive second chance for most such local youth.

Saurav and his team offer on the job experience under their running CSR projects to equip these youth with the knowledge and skills to support the panchayat. They learn about existing government schemes, liaise with Dsitrict officials keep track of new schemes being announced, access these schemes, create documents needs to be submitted , and prepare applications to access funds under Panchayati Raj and others to use for village development, under 30 different categories On the job training enables the youth to understand the real time problems that come from planning to reporting a project. With a small working capital, the youth take independent charge and closely work with Panchayat, the Panchayat in return also makes monetary gains which may be used for administrative expenses and maintenance of staff at Panchayat level. All this at no extra cost to the Government and within the framework laid under the Constitution of India
To incentivize youth and build long term financial sustainability of creating more entreprenuers in different fields Saurav is also developing strategies for the panchayat to bear the costs of engaging a local support team like auction of village resources and charge levy. On an average the Panchayat needs around Rs.10,000 per month (US $200) to maintain their workforce, which is currently paid as a honorarium to the young people from the funds that they are able to access through National Government Schemes for development and their CSR projects running in and around the location.

Once the young people started leading the development in the villages, Saurav saw live examples of how the development was much more effective, because the youth understand the local context and needs better than external NGOs, VOs and have existing relationships with the community that they can leverage to get buy in from them faster .

For instance, working in Jhabua, one of the country’s 250 most backward districts, Saurav’s young team recognized that the government-built toilets were unused, non-functional due to low quality construction and that the villagers continued to openly defecate.

On investigating the issue further, they realized that the villagers were unaware of the health effects of open defecation. The team got together a group of educated villagers to advocate for the health benefits of using a toilet. Once the villagers were convinced, the panchayat was convinced on on how to make and pay for better quality toilets under under the Swachh Bharat scheme for health and sanitation in India.

The villagers even decided to pay a nominal fee to supplement the government funds and construct toilets of high-quality. Working this way, starting with one block in Jhabua, Saurav and his team have constructed 400 toilets at their project locations that are regularly being used by the villagers.
Saurav also brings youth cadre across villages together, and builds strong networks between them so they can share learnings and the best practices that one village has mastered can spread to others, and further accelerate development. In this instance, the panchayat leaders and the Block Development Officers of 6 other blocks in Jhabua have adopted the same model for toilet construction in their villages. Saurav and his team is looking at best possible ways to scale up the project and cover 300 villages in the next 3 years.

With surplus revenue being created from within the villages, the panchayats are in a much better position to hire resources that can help it create balance sheets, pay taxes, and submit annual reports to district officials to show progress. Saurav envisions that from here, teams of finance, accounting, and administration can be built at the Panchayat level, much like any other organization that earns its own money and pays its own staff- SwaNigamit.
Saurav has so far implemented the ‘SwaNigamit’ model through the panchayats of 2 villages in the district of Surendernagar ,Gujarat, 40 villages in the district of Jhabhua, Madhya Pradesh and 1 in Jehanabad, Bihar.
Saurav and his team strives to scale across the central agricultural belt in India first, targeting Members of Local Assembly to give him access to the 300 odd villages which elected them. Simultaneously, Saurav is building resource and training centres to document the entire process of using the ‘SwaNigamit’ approach for village development, and to train other grassroots non-profits and implementation agencies.

The buy-in he proposed to the grassroot organizations is that economically strengthening the Panchayat system they will soon be designing and executing their own programs levy taxes, create revenue and become sustainable, so that his team can exit and replicate the model in other villages, rather than doing goods and service provision in a few villages for decades.

Saurav grew up in peri-urban India in a joint family of 14 members living in a 2-bedroom house, where his father, a Professor and researcher on arsenic ground-water poisoning, was the only bread winner. Saurav performed average in school mostly disenchanted in studies, until he was 15 , when he met a serious bus accident and had a brina hammeorage . During recovery he had to stay at home and study on his own for a year. He realized he enjoyed reading, learning, figuring out problems outside the rote learning that was standard in his days. . Again at a later stage he dropped out of engineering college to teach himself programming while working for an architecture design start-up.

Saurav went back to business school for a management degree several years later, during which time, in 2005, he co-founded Community Friendly Movement (CFM) that worked with artisan communities and reengineered the supply chain of handmade produce to create value for both the end user as well as the artisan . In 2006, Saurav was invited to the 60th year United Nations celebration to showcase CFM’s artisanal good supply chain model at World Bank Headquarters in Washington, D.C.

He wanted to broaden the focus of CFM to move towards financially developing entire village cluster rather than focusing only on artisan communities . But his co-founders were more interested in the business, in 2009-10 with Finance bill coming in, where NGOs were not allowed to do business beyond a point the team split, the other co founders took the he for-profit wing of CFM leaving Saurav with the non-profit shell of CFM.

Starting in 2010, Saurav built CFM up again from scratch focusing largely on agriculture and water sector,, getting companies to invest their Corporate Social Responsibility funds into large village clusters mainly in village infrastructural and livelihood opportunities in villages. Awhile working in over 500 villages in the last 5 years, Saurav and his team realised that sustainablilty of the project after the project period sustenance was an issue . They realsied that the only way to ensure development was to strengthen the panchayat body, monetize its resources and create a robust documentation process to adhere to Govt norms for release of funds, thus becoming self-sufficient, and so began the roll out of SwaNigamit Panchayat in early 2015

With over 2,38,000 Panchayats in India his journey has just begun.