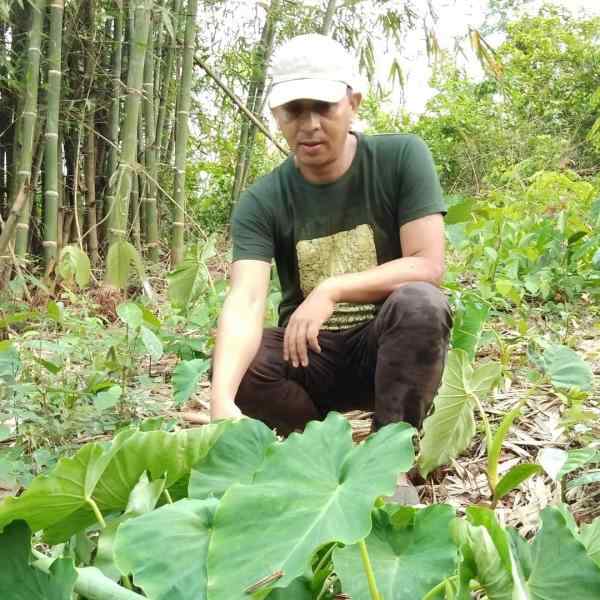 Samir envisions a world where naturally organic farming and sustainable agriculture practices are the aspiration and norm. By training young people and farmers in low-cost ecological farming techniques in the North East Region (NER), Samir is simultaneously catalysing the local food economy and building a network of indigenous food advocates and entrepreneurs who are bridging the urban-rural divide, making farming aspirational again.

Confronted with the pace at which food insecurity is increasing in the North East Region (NER) as a result of environmentally harmful, unsustainable agriculture practices, Samir began reimagining the farm to food value chain. He identified, the up till now, unexplored link between farmers and the youth population of the NER as the key to stemming this tide. Grasping the high potential of this linkage, he designed a process that connects young people and farming communities, in the region, in a mutually beneficial, yet economically sustainable manner. This connection is resulting in the creation of a strong network of indigenous food advocates and agripreneurs who are galvanising the local food economy in a sustainable manner, thereby shifting the narrative, and making farming a sustainable and aspirational source of livelihood once again.
Samir calls these local food advocates and agripreneurs, Green Commandos; a diverse cadre young people and farmers championing the cause of local people, eating local food from local resources, by practicing low-cost ecological farming techniques in an inclusive, sustainable and equitable manner. These young Green Commandos, hailing from urban and rural communities, are armed with a purpose; to become the bridge that directly connects the farming communities with the local market and guides them as they transition into naturally organic methods of cultivation. The process is designed to reconnect the youth with their roots while restoring dignity, agency and choice to the farming profession, making it an attractive profession in the long run, for ensuing generations.
Government initiatives are primarily motivated by increasing production, while most civil society interventions have been designed to bring farmers into the 21st century by ‘upgrading’ their skills or sensitizing them to their rights and entitlements. In both instances they continue to see the farmers as producers servicing a large country of consumers. The Green Commandos is a growing intergenerational movement, reconnecting young people with their roots, while honouring the knowledge of the farming community. They act as the fulcrum that nurtures and facilitates the recreation of the symbiotic relationship between nature, land, cultivation and the farmer. A model is created that is attuned to the fluctuations of climate change and therefore more resilient and sustainable.
The Green Commandos, are agents of change, and a source of support for the farming communities, equipped with the technical know-how, passion and power of persuasion needed to build trust, produce tangible results and generate a sense of economic and social security in the long run.

Environmental degradation in the North East Region is a consequence of a tangled web of complex economic and socio-political challenges. Decades of ethno-political conflict, an adversarial approach to the region’s biodiversity, alongside preconceived notions of the region’s ‘backwardness’ have resulted in the immeasurable exploitation of natural resources and the communities that rely on them. Caught in the middle, is a population, unable to take charge of its future, now being confronted with the reality of an uprooted and disconnected generation of youth having their own identity crisis.
Farmers and young people have been methodically disconnected from their land and heritage. Government interventions have been unable to address this disconnection in a substantive manner. Schemes lack the nuanced cultural sensitivity and empathy needed to build relationships of trust with the more than 100 tribes (and many more sub-tribes) in the North East Region. The result has been a narrow-minded approach to the agrarian economy; employing stop-gap measures, such as modernization projects being pushed under the guise of development, which are accelerating the ecological damage. The region is plagued by short-sighted approaches detrimental to the region in the long term.
The story of farmers in the NER for decades now has been one of industrial seeds, fertilizers and pesticides that leave farmers exposed to debilitating debt and fallow land, entrapped in vicious cycle of poverty. This is not a new story. However, the adverse ripples created by this chain of events are. Subsequent generations of farmers are now regarding the profession with disdain, having witnessed the gradual erosion of their parents’ dignity. They no longer perceive the profession as a reliable, aspirational or intellectually stimulating source of livelihood and growth and are thus choosing to migrate. On the other end of the spectrum, is a population of urban youth facing livelihood insecurity as a result of limited employment opportunities (apart from government jobs) being left frustrated and embarrassed by their circumstances, blaming their place of origin. It should come as no surprise, whether urban or rural, this is a lost generation, highly susceptible to adverse influences.
While 60% of India’s population is working in the agricultural sector, it only accounts for 17.1% of the GDP. 60% of India’s population also happens to be below the age of 35. In concrete terms, this means the decline in farmers is directly contributing to a proportionate increase in the labour force migrating to non-farming related sectors (such as manufacturing, service and IT). However, there remains, a fundamental mismatch in skills when these farmers look for employment opportunities in non-farming sectors; this further entrenches the feeling of frustration.
These problems are further amplified in the North East Region. For example, while the national rate of unemployment stands at 6%, Assam’s rate of unemployment is at 7.91% - the highest in the region. The trend of youth emigration, burdens the older generations left behind, especially with respect to their cultivation capacities. Furthermore, the younger generation’s disinterest leads to the land being repurposed for other, non-agriculture related economic activities which tend to further environmental degradation. Lost, the youth in the North Eastern Region often find themselves influenced by the propaganda of exploitative employment opportunities such as mercenary institutions.
The region currently stands at an inflection point. Both urban and rural youth populations are seeking and open to alternative avenues for growth and development that give them a sense of connection, purpose and direction, channeling their energies and potential in a constructive manner. At the same time, there is an openness in the country, and recognition at the higher-levels of government policy making, that current approaches to agriculture are not working. Samir is connecting the energy of youth with the commitment of farmers and wisdom of local communities to transform the sector.

Samir identifies as a farmer. He was born in the northeast state of Assam, in the town of Jorhat, a place he calls home even today. Given the nature of his father’s profession an Indian Administrative Services Officer in the government of Arunachal Pradesh (another northeast state) he spent most of his childhood and early years surrounded by nature in Tawang.
Upon completing school, he enrolled into Assam Agriculture University (of which he is presently a board member), where he studied genetic modification of seeds and plants and chemical agriculture, among other agricultural concepts. AAU is also where he met his wife. Upon graduating college, he began work at Tata Chemical in their Research and Development vertical, here he was exposed to the reality and impact of chemical and pesticides on plants and crops. Subsequently he took a risk and quit his job, propelled by the rational the while farmers couldn’t, he could.
Samir started a Plant Health Clinic to diagnose diseases in crops. It is here, as he puts it, he had his fateful encounter with Peggy Carswell who seeing the clinic, requested Samir to show them around, as they planned on promoting natural organic farming. Over the course a ferry ride Peggy asked him why he was promoting costlier organic products, when, collaborating with nature to do the farming with him would significantly reduce costs for the farmer. The result was Samir’s low-cost ecological farming techniques.
Over the course of his extensive journey Samir has had the opportunity to work with Ashoka Fellows, such as Deep Jyoti of Farm2Food, with whom he developed models to engage and transform children’s association and connection to food, health and nutrition. He has also collaborated with Christopher Rego. Over the course of his journey he realised, from his own experience, the critical role experiential learning plays in building a strong symbiotic relationship to the concept of growing one’s own food.
Thereafter Samir began implementing an evolved idea, where he is able to visualize the ecological web that is fundamentally grounded in interdependence. Using this visualization, he has designed interventions that consolidate this interdependent relation between nature, the land, cultivation, young people and the farmer. Moving the entire ecology towards a more climate resilient and sustainable model that is attuned to the changing environment, leading to ecological security, grounded in livelihood sustainability and dignity of the farming community.