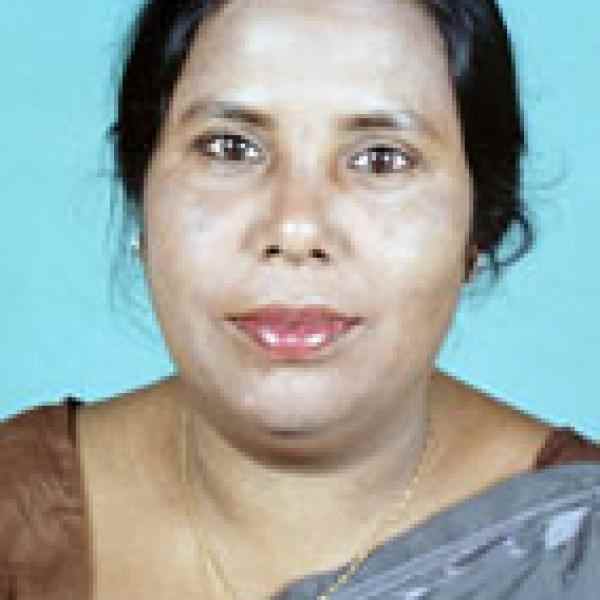 Safura is raising awareness and promoting healthier lifestyles and environments for jute industry workers in Bangladesh. An increase in the prevalence of sexually transmitted diseases has created a strong need within industries to forge consensus on the importance of basic health and safety issues. Safura is working as an "honest broker" to draw in unions, workers, and factory management to address health problems faced by industrial workers. This unique partnership is building awareness among workers of the occupational health risks associated with their professions, encouraging trade unions to be more proactive in negotiations for improved working conditions, and alerting factory management to be more sensitive to the health problems faced by workers. Safura has also developed linkages with local authorities to expand their knowledge of the existing health situation in the industry and gain more worker health referrals. Through these collaborations, she hopes to bring other factories under scrutiny so that they, too, address working conditions in their establishments.

Bangladesh is primarily an agrarian economy that is slowly moving toward industrialization. As more people migrate in search of employment to industrial zones, incidence of work-related illness increases. Mills also impact the people and communities in the area, since most industrial male workers are migrants from other regions and engage in widespread unprotected sexual activity with sex workers and others. Hence, many suffer from STDs and skin diseases.
Outside of certain export-oriented industries, there is little or no acknowledgement of workplace safety and health issues. Most factory laws are outdated and insufficient resources, both human and capital, of government authorities mean that laws are not enforced. As a result, a majority of industries, particularly those in the public sector, do not adhere to any uniform standards.
From the perspective of management and labor unions, worker health problems and its causes are a growing concern. They directly affect productivity and result in conflicts over money, women, and unwanted pregnancies. These conflicts in turn require frequent intervention of union leaders.

Building on her previous work experience at a jute mill, Safura developed a working relationship with the trade unions for designing a STD/HIV/AIDS intervention program for mill workers. She then met with the management team to discuss her ideas. Once their cooperation was assured, she initiated a series of discussions and surveys to identify worker problems and needs. Initially, there was misconception among the workers and some union leaders of Safura's motives. Some of them even spread the false notion that Safura and her team would spread diseases like AIDS among the workers. Safura has found that unless the cooperation of all sides is ensured, any intervention will be difficult to sustain. She persisted and identified a number of key issues.
First, many workers suffered from tuberculosis from inhaling jute dust and fiber; crowded and unhygienic living conditions and toilets added to the problem. Second, unprotected sexual activity was common, increasing incidence of STDs and skin problems. Third, the resident doctor supposedly hired to tend to the jute mill's workers proved nonexistent and even if there were a resident doctor available, it would be unlikely for workers to discuss their sexual diseases and concerns for fear of losing their jobs.
Safura and her organization, Chinishpur Dipshikha Mohila Samity, (CDMS) address these environmental and cultural problems in a variety of ways. Every month, Safura's organization conducts from 30 to 40 group discussions attended by 300 to 400 workers. One-on-one counseling sessions are attended by 100 to 150 individuals. The programs have started raising worker awareness about the importance of hygienic and protected sex, motivating them to clean and maintain their living surroundings while ensuring a regular supply of condoms. Safura developed linkages with the district civil surgeon and government hospital for referral service. For the first time, workers are able to confide in medical professionals about their various illnesses and treatment needs. In addition, the resident doctor is available during working hours. Initially, the number of referrals to the government hospital was fairly high. Because of intervention, this number is now lower. Safura has also expanded the knowledge base of the district civil surgeon and health administration offices regarding the health situation in their jurisdiction. As a result, the previous district surgeon agreed to send a letter to other factories about providing medical service and information on the health and safety situation in their mills.
To reach a wider audience, 10 peer educators have been selected from among the workers to assist in spreading awareness about TB, STDs, and other health issues in the factory. More recently, CDMS has started motivating and organizing workers to contribute toward a health savings scheme that can provide support when they require medical attention. The savings is revolved in the form of microcredit with workers receiving a return of 8 percent.
CDMS representatives also meet with the trade unions every three months to keep them updated and receive feedback. Representatives from the bitterly opposed main two political parties attend these sessions and CDMS reports to mill management.
Safura is constantly developing new contacts through her own existing network, management, and trade unions. This, along with monthly meetings at the District Commissioner's office, enables her to disseminate her experiences, knowledge, and strategies to an ever-increasing number of local administration and citizen sector organizations. At the national level, CDMS is a member of two STD networks. Through these networks, Safura has started to identify potential partners interested in developing similar programs in their working area.

Safura was born a few years before the war of independence; her father was a freedom fighter. During the war, her family lost all of their land. While still in secondary school, Safura was married off; her husband mistreated her and turned her away because she was dark skinned. Soon after, he changed his mind and told her he would accept her back if she paid him a large dowry. Even though her family was raising money and wanted her to go back to her husband, Safura adamantly refused.
She started talking to other girls and young women who had been forced from their marriages and drew enough support to organize a group. She joined a local organization as a field worker and faced a lot of criticism as it was not the norm then for women to work outside the home. After one year of working with this organization, Safura was assigned to an area where her ex-husband worked. She requested a reassignment and quit her job when the organization did not comply. Safura then began training through the government department for poultry, cattle, and fish rearing. She visited individual homes to train other women and organized groups of women and men to receive training from the government offices. Safura mobilized local funds from a respected village elder to carry out different social programs. Her commitment and dedication resulted in large numbers of women persuading her to participate directly in the local elections as a forward cause for women. She stood for the elections, despite receiving numerous threats and being disowned by some relatives, and lost by only one vote.
Subsequently, Safura gained part-time employment in the jute mill and also volunteered in a citizen organization. She spent all her earnings on the organization and after volunteering for one-and-a-half years, established her own organization. She now plans to expand her organization to a national scale.
Safura's early marriage forced her out of school. She returned at a much later age to complete her higher secondary certificate and is now in the final stage of completing her bachelor's degree.