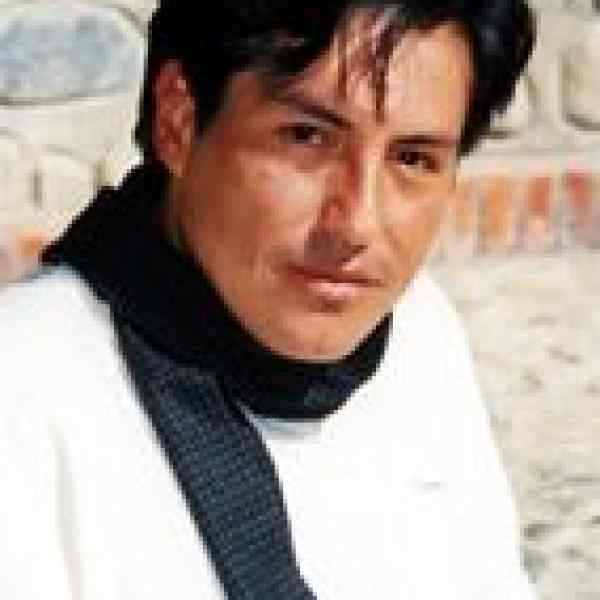 Rolando Encinas has developed a process to preserve the history and strengthen the identity of the peoples of Bolivia based on recovery and performance of Bolivian music.

Rolando Encinas recovers the vanishing traditional music and dance that have historically been at the heart of cultural life throughout the Andes. His organization, Musica de Maestros, which began in La Paz, is dedicated to recovering the collective memory of the Bolivian people that is embodied in their music. In public concerts, on television and the radio and through the press, Rolando and his fellow musicians tell stories about Bolivia's past, nature and rich diversity of folk tales.Rolando's work reflects his vision that music is ultimately about identity and that without a sense of intergenerational cultural identity one is unable to participate equally in a diverse society. Seventy-five percent of all Bolivians are members of indigenous and ethnic groups for whom discrimination is a daily experience. Within this context, Rolando has developed a method that rapidly and joyfully builds cultural pride and a sense of the contributions that all Bolivians have made to the history of their country.

For centuries, people privately eluded colonial persecution and control through songs, dances and festivals that recounted the conquests of the Incas and the Spaniards from their subjects' point of view. There is also a tradition of classical music written and performed by Bolivian "Maestros," the counterparts to European Baroque musicians: beautiful Bolivian Baroque music developed around Potosi, for example, during the 16th century when the area was a silver mining center. During the 1970s all of the rich musical traditions of Bolivia began to disappear because the military dictatorship that ruled the country at that time systematically suppressed its performance. Determined to bring the country into the modern world, the government sought outside cultural elements to stimulate what it viewed as a western "culture of success." The nation's collective memory of its history and culture started to disappear, especially among young people. Technology and institutions were poor substitutes for the traditional custom of elders passing along their history to the young. There were no music schools to safeguard original composition and music from the past. Before 1940, no music was recorded in Bolivia. When Rolando was a student, he went to explore the holdings of the National Archives of Ethnomusic and Folklore and found that it held only a small collection of old songs from the 1940s to 1960s. They were in shockingly bad condition, having been poorly recorded to begin with and further damaged by a neglected water leak into the museum. Moreover, ethnic and indigenous music were entirely absent.The consequences of this neglect were particularly acute for indigenous and ethnic groups. Because the major and-in the case of the black population-only record of their contributions to the region's history is oral, it would be lost without immediate action. Their culture, original composition and rhythms were not represented in any musical institution in the country.

When Rolando discovered how inadequate the museum collection was, he filed a denuncia (claim) against the government to protest its failure to protect Bolivia's musical heritage. Then he set up a system to recover and categorize the nation's music and organized a group of 30 volunteer musicians who work with him. In order to recover the music, they comb old newspapers and history books. They search out relatives of musicians and composers from the past. Often their trips are by horseback and canoe, perhaps rewarded by a stack of old music in a trunk or a nose flute or set of pipes propped in a corner. Rolando and his group identify the music, where it came from, who wrote it: he gives the musicians names and revives their art. The name he chose for his organization reflects his respect for his country's forgotten national music heroes: the Maestros. At the beginning, Rolando's efforts provoked controversy; some critics, especially other musicians who performed and recorded Andean music commercially, accused him of stealing the people's music. He refuted the accusations and kept going. His reintroduction of the music has given it back to the people and captured the imagination of the young in a way that no one else has been able to do. The music communicates that there is no need to copy anyone else's history. His principle method of spreading the experience of the music is the familiar medium of performance. At concerts the musicians reenact Bolivian history through the music. A series of songs preserves the story of the Chico War between Bolivia and Paraguay in 1932, for example and the 1952 revolution; others recount folk tales. Performers take parts and play old instruments, which they talk about as part of the performance; audiences react and respond. The concerts have been a huge success. They are sold out all over the country; the Maestros have performed all over Latin America and made a performance tour of France. Recently the group has expanded to include Condense, a troupe that performs traditional dances in costume. It has pleased Rolando to see the music spread as young people form national music groups and perform the old music among themselves. As he observes, "Are these kids doing drugs? No! Are they sniffing glue? No! Are they on the street? No! They are forming music groups!"The Maestros have preserved the old music they restore on tapes that are often heard over the radio as part of appearances by Rolando. From the beginning he has made effective use of the media: he and his musicians have made themselves available to talk about music, sing and dance, all for free, on the radio. Each year, Rolando registers the recovered music through recordings that he distributes to the public and houses in a library he has established, with the government's support, in national archives. There is a collection of old instruments and music is now catalogued and organized for the first time, as are written information, instruments, dances and the oral history associated with them. The city of Sucker has committed itself to establish a similar library, with Rolando's help and he is training other people how to do the work of restoring the musical history.Rolando has developed a system to provide access to the library for students so that they can learn about the stories behind their festivals. School teachers are using the words of the old songs to teach children how to read. Once again children are learning through music to love their ancestors' history and traditions.

Rolando and his three brothers and sisters were raised by their mother in a poor section of La Paz, Bolivia. He worked all his life to help the family. From the time he was a young child, he was fascinated by the rich diversity of music and dance in Bolivia, and the stories he was able to learn about his country through cultural expression. He saw that being involved in music and dance groups occupied his time and brought him together with other young people to work on common projects. In 1980 Rolando felt he needed to redefine his role in society. He became interested in the music from the past generations of his country. Every day, somewhere in the country, there is a fiesta with music and dance and he realized that this music and cultural activity were the heart and soul of Bolivia. Little by little, he could see that many of the traditional songs and dances were disappearing. He decided to investigate the songs from the past. Rolando discovered that the history of the Chico War between Bolivia and Paraguay in 1932 and the 1952 Revolution were completely recorded in songs and dance. Going far back into the past, he also found that the history of the conquest by the Incas and the Spanish was told in songs and dance. Rolando dedicated himself to recovering this rich cultural history and distributing it to the world so that everyone could benefit from it. His efforts have changed the direction of music in Bolivia and have contributed to the accurate reporting and education of history in the country.