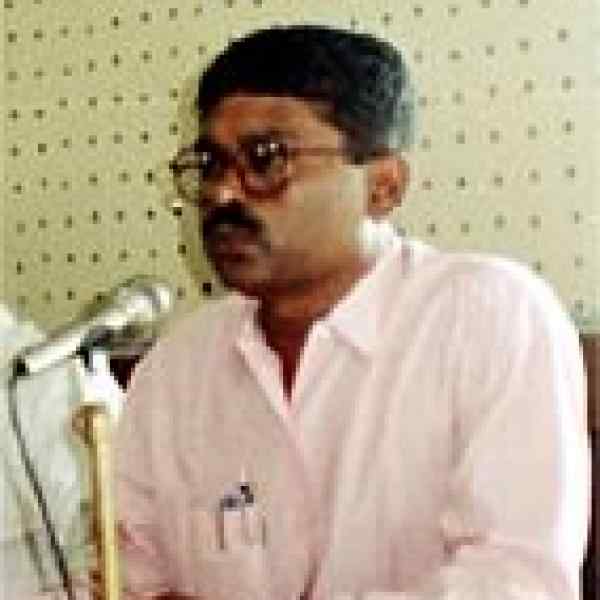 Rezaul Haq, a biologist and environmentalist in Bangladesh, is creating a new public perception of wetlands as a resource and teaching the inhabitants of such areas how to revitalize their local economy and preserve their fragile land.

Rezaul Haq has seen at first hand the futility of attempts to control nature in Bangladesh, which lies in a vast flood plain. More than half the country is covered by water for at least part of the year, and images of devastating Bangladeshi floods have become familiar to the world. But Rezaul realizes that the wetlands offer resources to alleviate the widespread poverty of the people who live there. He thus operates in direct contrast to the traditional development view, held by the government, that wetlands are wastelands that need to be transformed before they can be of use to humans. There is a growing consensus among scientists, the international citizens' community, and environmentally conscious government officials that further degradation of wetlands poses a permanent threat to all ecosystems. In his Bangladeshi context, Rezaul focuses that insight on the threat to sustainable livelihoods of the rural poor; and he has created a model to both advocate for less interventional wetland policy and to teach local communities how to make a living from what thrives there naturally. As part of his preparation, he studied regions where heavy rains and flooding had destroyed agricultural attempts within the embankments of the government's Coastal Embankment Project (CEP). There he saw people whose homes had been washed away making wise use of the plant and animal life that had re-emerged in the area. His project builds upon such local initiative and adds the tools of science, environmental education, and appropriate technology in income-generating models that can be adopted by other communities. In spite of their negative experience with the CEP, local people are receptive of Rezaul when they see the simplicity and high returns of his techniques.

The wetlands of Bangladesh have formed where the Ganga and Brahmaputra River deltas meet the Bay of Bengal. In the recent past they have been seen as an obstacle to the modernization of the country, but Rezaul recasts the issue to question the social and economic costs of destroying them in the course of development. The current threat to Bangladesh's wetlands can be traced back to the early 1960s, when the government, in the form of the CEP, embarked on an ambitious scheme to increase agricultural production-mainly rice-in the coastal regions, control flooding, and increase the total land area suitable for human settlement. This involved laying 4,000 km of embankments and constructing more than 90 enclosed agricultural plots, connected by sluices to control the inflow and outflow of water into the wetlands. Similar to the course of many water control projects around the world, the activities of the CEP have produced long-term negative impact. From the outset the transformation of natural coastal wetlands into dry agricultural land disrupted the traditional source of livelihood for the local people, which had been adapted over centuries to the wetland environment. Further, the natural environmental balance of the entire region has been seriously disturbed. The engineered drainage and irrigation system has prevented the deposition of mineral-laden silt on low-lying ground, a natural process that enriches and replenishes the soil. Instead, these silts have built up in the riverbeds, making the rivers difficult to navigate and curtailing trade and fishing. The rate of soil erosion has increased, and the level of the underground water table in the area has dropped. Since coastal soils have a higher saline content naturally and flooding washes them away, water salinity has increased because the embankments prevent the natural dilution process. Accumulating salts have led to a general loss of bio-diversity, including the reduction of certain species of fish. The first decade of the CEP saw a boost in crop production and kept these issues dormant, but during the 1980s renewed large scale waterlogging brought them to the fore. The CEP has brought few lasting economic benefits to Bangladeshi farmers, because much of their land has been gradually rendered less fertile than before. Increasing industrialization in Bangladesh has also affected the wetland areas directly; factories and roads now dot the landscape. The local people who are faced with chronic poverty and the pressures of day-to-day survival are forced to make maximum use of their environmental resources, and their tendency to use the remaining wetlands resources in an intensive manner leaves little time for growth or replenishment. Beyond the impact of local use, outsiders with political connections, and therefore access to lease or buy land, are moving in and setting up lucrative shrimp farms in the area. With the onslaught of shrimp cultivation, there has been an increase in crime and political riots and other forms of conflict.

Rezaul has spent much time gathering data in wetland communities, talking to people about their livelihoods and well being. Through his observation of indigenous attempts to tap wetland resources he has developed several wetlands - based and supported as income generation models. He has identified the interdependent components of various wetlands systems and gauged their productive capabilities. For example, the principal feature of the land-shaping program that he has initiated is to excavate lowlands to make dikes all around to be utilized for agriculture and setting up human settlements if necessary. Rezaul has identified several specific income generation activities that constitute appropriate technology for the wetlands. Since the wetlands are a rich source of animal protein, they are an ideal environment for the harvesting of fish and shellfish. Reeds and sedges thrive in brackish water and can be cultivated for use as raw materials for the pulp and paper industries; to make mats, baskets and other handicrafts; for thatching and for building fences. Another option is hydroponics, or the cultivation of crops without soil. Compressed paddy straw or water hyacinths float on ponds and serve as "soil" for the seedlings (pumpkin, tomato, cabbage and other crops) that are planted in even rows on top of these mats, and are able to germinate.All of the projects Rezaul proposes are affordable, easy to adapt, and have the potential to create a healthy profit and improve the people's economic status. All are designed to have minimal impact on the environment. In addition, the economic returns from Rezaul's proposed alternative technologies are impressive. Estimates show that reed harvests have the potential to generate US $750 to $1,000 per annum. Each acre of wetlands devoted to shellfish cultivation should produce average annual yields that are valued at US $1,500 to $2,200. In a nation with an average per capita income of US $220, Rezaul's work translates into a very significant increase in the standard of living of project participants. In spite of their past negative experience with the CEP, the local people are receptive to Rezaul once they recognize the simplicity and high returns of his techniques, and are eager to start up a project of their own. Rezaul transfers appropriate technology, such as a duckweed-based wastewater treatment plant, to wetland communities through his collaboration with citizen sector organizations (CSOs) that are working in the area. He chooses those groups that have already organized local people for other purposes-health and education for example-and have earned trust and credibility. The groups provide the logistical and organizational support while Rezaul provides leadership, enthusiasm, vision and technical support. He emphasizes community ownership and management as prerequisites for self-sufficiency and sustainability. For example, the duckweed based wastewater treatment project in Khulna is implemented by a group of slum residents who will benefit from the project with the active cooperation of the local municipality. Rezaul is Director of Prism Bangladesh-a CSO devoted to providing technical assistance to wetland projects. Through his writings and participation in workshops on the theme of natural resource conservation and management, Rezaul has been a pivotal force in changing the way citizens and government agencies in Bangladesh think about wetland areas. He hopes to reverse many shortsighted patterns of wetland use and to integrate science and environmentalism into the everyday experiences of Bangladesh's poor and together with them to lobby effectively against efforts to destroy the wetlands in the name of development.

Rezaul Haq has a bachelor's degree in science from Rajshahi University, where he concentrated in physics. Through his work with a tropical food systems development project, he became convinced that the key to alleviating the problems of the wetlands lies in understanding the ecosystem and in plant biology.Rezaul has seen first-hand the disastrous results of poorly conceived attempts to control nature in Bangladesh. He was a resident of Khulna district in the early 1980s when widespread waterlogging began. Deeply moved by the suffering of wetland communities and frustrated by superficial answers to a complex problem, Rezaul vowed to work toward a sustainable solution. In 1991, he became director of Prism Bangladesh, which gives him ample scope to implement his ideas.