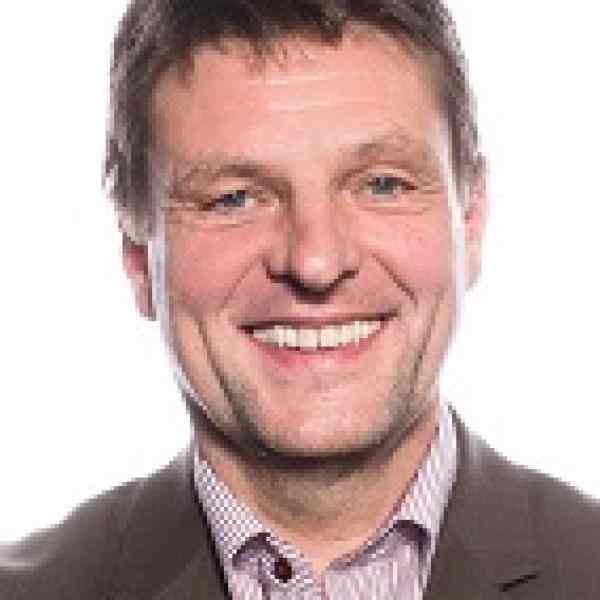 Ralf Sange is pioneering the movement of supporting people over age 50 to become entrepreneurs with economically sustainable models and is activating their creative potential for solving social problems. In doing so, he targets the root of both concrete age discrimination against older entrepreneurs and the general view that citizens in their “Third Age” have little to contribute to society.

With his non-profit organization “Gründer50Plus” (“Founder50Plus”) Ralf Sange builds the field for founders and entrepreneurs age 50 and above in Germany. He supports the growing number of men and women in their second half of life that are keen to start their own businesses, either due to a lack of job opportunities and financial difficulties or because they have a long-standing business idea that they would like to bring to fruition in order to make a contribution to society.

An experienced entrepreneur himself, Ralf has built the first start-up network in Germany to specialize on the needs of these older founders. He and his passionate expert coaches – who all are over 50 themselves – empower older entrepreneurs to utilize their vast life experience in the creation of new companies and organizations and prepare them for typical instances of age discrimination, such as discriminatory lending policies by commercial banks. By focusing his advice and mentorship on the older entrepreneurs’ biographies, their acquired competencies and their age-specific needs - such as special risk assessments and group formats with peers - he has managed to transform startup consulting methods into tools for including and enabling a previously overlooked part of society.

Ralf combines his age-sensitive consulting methods, the franchise-like network of advisors he is building and national and EU-wide communication and advocacy strategies into a comprehensive package to break the silence on age discrimination, to unleash the (social) entrepreneurial power of the Third Age and to change the perception of what “active aging” can mean.

Germany’s society is becoming older. In 2030, almost 30 percent of Germany’s inhabitants, for example, will be 65 and above. At the same time, the effective retirement age remains unchanged at around 60 years; many retire even earlier or become unemployed at the age of 50 or 55 due to the widespread practice of first letting elder employees go when cost cuts are needed. At the same time, life expectancy continues to increase beyond 80. This means that more and more Germans end their regular employment career by entering into a 20-year-long phase of life – often called the Third Age – when they are still healthy, motivated, active and creative. This demographic shift and the emergence of the Third Age happens in very similar ways in all OECD countries.
The Third Age poses two challenges, a financial one and one concerned with inclusion. First, many individuals retiring today have not worked in constant employment structures long enough to accumulate sufficient savings for retirement, a trend that will become stronger with new generations for whom various job changes are the norm rather than the exception. State-funded pension schemes cannot compensate this due to squeezed budgets and the decreasing birth rates, so the risk for poverty in old age has risen significantly. Second, Germany (and many other OECD countries) has failed to harness the huge potential of this now-prominent age group in terms of (re-)including them in the labor market and in terms of civic engagement. Those beyond 50 are confronted with numerous stereotypes about being inflexible, uncreative and lacking innovative ideas. This not only stigmatizes those trying to find another job in later life. For many, doors to a continued corporate career stay closed and despite the known lack of skilled employees, there has been very little substantial movement in the corporate sector to change this situation throughout the past years.
Several dimensions of this age discrimination affect also, if not especially, entrepreneurial activity in this age group, which is – against the background described above – one of the key mechanisms to set free their economic and engagement potential. Those beyond 50 are often actively discouraged from starting businesses and other organizations by their own families, and startup consultancy services (both private and publicly funded) do not understand the specific needs and situation of this age group to offer methods accordingly. Commercial banks are unwilling to approve start-up financing for those in retirement age.
As a consequence, a culture of entrepreneurship is missing throughout most of this age group and entrepreneurial careers after the age of 50 stay a rare exception. However, there is immense potential for these people to find economic stability through self-employment and/or contribute to society by creating a specific (social) product or service. This kind of entrepreneurial creativity could also lead to a movement that effectively reduces age discrimination.

Ralf does not wait for institutional programs to be set-up and implemented, but is building a powerful bottom-up initiative to support entrepreneurialism in the “Third Age.” As a first central step, he has developed both a process and methodology as well as a network of now 20 partner consultants that is tailored to the specific needs of entrepreneurs in the “Third Age.”
Within this work, Ralf focuses on the pre-founding phase and thus closes an existing gap in entrepreneurial support (interested older entrepreneurs usually progress through phases of different intensity before taking the step to found). First, he offers information evenings for those who are still unsure about their change of career (or engagement). They are free of charge and focus on general orientation and offer the right questions to reflect upon before taking the decision to found. As a next step, he offers a six-hour orientation workshop to help interested people clarify their startup idea. Within this workshop, participants work together on their strength-profiles, biographies and ideas. After this, they prepare the actual business models in three-day intensive seminars in a group setting combined with one-on-one coaching with consultants over around three months. This stage costs around 500 Euro, out of which 90 percent can be refunded by making use of a public support program (for which the consultants support with the applications).
The structure within Ralf’s offers differs in many ways from the regular support process for younger entrepreneurs. Most important is that Ralf works mostly in group settings in order to allow peer learning and sharing as well as network building. The participants soon start encouraging each other, which strengthens the self-awareness of the elder founders-to-be and supports them in overcoming skepticism of family and friends (which runs much deeper than with young entrepreneurs). This way, Ralf offers a forum for discussion and exploration to a growing constituency. Additionally, Ralf always works on a very personal level. He starts by assessing the experiences, competencies and networks an older entrepreneur has developed during his or her life. He leads the participants to look carefully at the family background and discusses openly how much money they need and whether it’s worth the risk to start a company. His support focuses on the hurdles elder founders face as well, both internal and external. For example, Ralf gives them special advice on the particularly professional preparation and presentation they need for interactions with banks, which are usually hard to convince to lend startup money to older entrepreneurs.
All of Ralf’s partner consultants are certified “KfW-Gründungsberater,” a very established certification for startup advisors by the German Bank for Reconstruction. Key to Ralf’s concept is that they all work pro-bono in the early stage consulting phase. Ralf selects them specifically for their motivation to work with this age group and for their enthusiasm to fight against the stereotype. Only in the later stage consulting process, when the entrepreneurs receive financial support from the state for the startup phase, is the consultant actually paid. A certain percentage of the consultants’ fee is diverted back to Ralf’s organization. Through this scheme, Ralf builds both a community of enthusiastic advocates for late stage-entrepreneurs and a lean, franchise-like and financially sustainable network of professionals. He envisions building at least 25 clusters in Germany with five consultants each in order to create strong visibility and self-sustaining network.
Ralf has supported around 500 entrepreneurs to date and plans to have worked with around 1,000 until the end of 2013. Many projects turn out to be around social topics - for instance with his help, a former hairdresser became “wig consultant” for those who need wigs for medical reasons. In another case, he helped to develop an organization that develops bandaids in a variety of colors for different skin tones.
The potential for further scaling is large and recruiting new entrepreneurs has shown to be very easy for Ralf. An article or advertisement in a local newspaper usually triggers a large wave of interest and applications. Beyond recruiting in public, Ralf has been very active in building networks to related organizations, such as Ashoka Fellow Attila von Unruh’s “BV INSO” (which works with insolvents) as well as local employment agencies and communal business development agencies. They serve both as a source of more interested entrepreneurs and as partners to bring about systemic change and change local and federal policies to lower the barriers for entrepreneurial engagement in old age.
Ralf’s organization itself is set up to be a Social Business, which differentiates him authentically in a mostly for-profit market. A clear philosophy – based on a humanistic idea of people and their potential as well as the understanding that also the decision against founding sometimes is a good one – guides his work and is transparently communicated towards the public. In next steps of development, Ralf plans to hire more senior staff, especially for travelling and managing the network. This will set free Ralf’s time to focus on his key priority: building the basis for further high quality scaling. He will focus on finishing a handbook for the “franchisees,” further strengthening and diversify his network towards private partners, such as foundations interested in the issue, writing a book to intensify the public debate on the issue and deepening his advocacy work. In addition, he wants to leverage the power of the network in the medium term by building mechanisms, which allow cross financing and crowd-funding in order for those in need to be supported holistically.

Ralf has spent most of his professional life as an entrepreneur. He founded and built a fitness center chain which he eventually sold. After a personal and professional reorientation, he started working in adult education in 2000 with a focus on outplacement (structured processes of companies to support people they just quit in transition phase). He is a “KfW startup advisor” himself and has guided more than 100 entrepreneurs in building their organizations. Since 2007, he worked more and more with older entrepreneurs and as a consultant for companies within outplacement processes. In these processes he learned about both the economic necessities on the company side as well as the needs of the elder target groups in regard to shaping their “Third Age.” He soon realized how much potential and motivation in this growing part of society remains unused when classical career paths seem to “naturally” end in the fifties – and knew this was a challenge, which would not be taken care of by the corporate word.
Ralf has a large intrinsic motivation to work towards equal chances. When working in the outplacement field he saw how a very challenging situation – losing a job – was eased with an accompanying program of consulting and dismissal wages. And he kept wondering about people in the same situation, but without the privileged “transition package” and support. This is when he decided to become active. He developed his solution and in 2011, he decided he was old enough to be respected in his target group, founded Gründer50Plus and started its spread. In 2012, Gründer50Plus won the “European Year of Active Ageing Social Entrepreneurship Award” and is 2013 nominee for Germany’s most renowned award in the field of demographic change, the German “Alterspreis.”