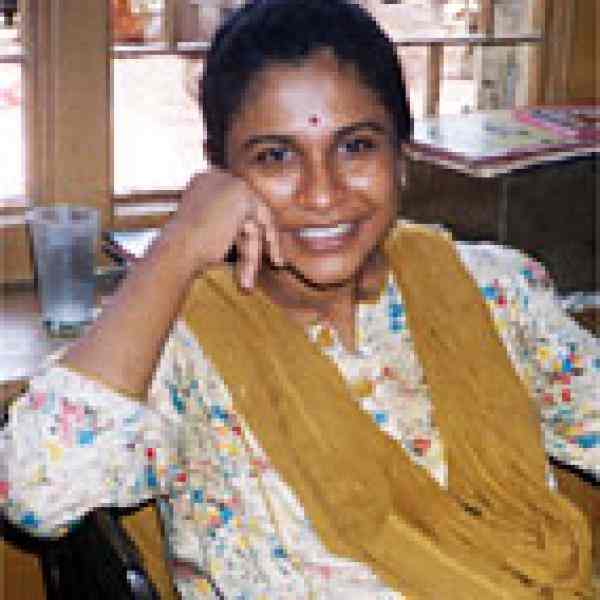 Priti Pai, working with one of the chief colonies of prostitutes in Bombay, is developing coherent, practical model ways the children and their mothers can find a future.

In India, prostitutes and their children are trapped in lives crippled by dependency, deep poverty, disease, and society's wish to deny their problem. A number of people have attempted to help, but they have generally failed.Priti is developing a series of inter-locking responses that promise effective escape. As she demonstrates this approach, she's already at work spreading the model to other volunteer agencies that can help, conservative women's groups, leading schools of social work, and the government.Priti's approach is probably as important as the specifics of the resulting programs. She takes as a starting point the felt needs of her clients, very much taking into account their pride, and fears, which include losing custody of their children. She also has to thread her way past the madams, the area's other power brokers, and the prejudices and fears of the outside institutions whose help she must engage.Priti started with the children both because their need was so great and because they were most accessible to a young outsider's help. After getting to know and becoming accepted in the Hamathipura red light district for a year and seeking the opinions of 500 women living and working along several of its lanes, she stated a "night-care" program that takes care of young children while their mothers work. The mothers pay a token Rs 5 (35 cents) per month. She's now complementing night care with a preschool for both the prostitutes' children and area street children that uses literacy through play techniques and includes one nutritious meal a day.Even for children thus enriched, getting effective access to education is very difficult. Of roughly 10,000 children in the area, over the last three years only three have reached the twelfth standard. Even though there is a municipal school nearby, these children either don't go or drop out before any real education is possible.The mothers, who reject foster parent arrangements because they would undercut their ties to their children, favor boarding schools as a solution. Priti shares their sense that for most of these children this is the solution that offers the best balance of continued ties to their mothers and a good chance of getting both an education and a relatively stable and healthy environment.She has, therefore, been trying to pry open the doors of the city's 28 boarding schools for poor children, some run by government, many by private and religious agencies. She has faced a lot of resistance. The schools fear these children will need special attention and programs. They don't want their gaudy-looking mothers visiting. They fear the stigma. Overcoming these fears requires Priti to spend a good deal of time educating these institutions and their constituencies. She's beginning to succeed, and a small number of Kamathipura children are beginning to attend a few of these schools.How can this ever be a significant solution given the enormous imbalance between the supply of places available in these institutions and the far larger number of destitute or at-risk children in the city? Priti, who had worked in one of these schools earlier, thinks room can be made if the schools deinstitutionalize the many children there now who could be cared for as well or better at home if their parents were given some help, be it daycare for working parents or an income supplement sufficient for them to afford decent care but generally far less expensive than foster care or boarding school. The boarding schools should instead give priority to children whose parents, e.g. the prostitutes, can't provide a home.Although Priti's first priority has been the children's education, their nutritional and health problems are so urgent and closely linked that she's also launching a lane-by-lane grassroots health program. She feels the area doesn't need a public health clinic because there are three public hospitals nearby. However, her clients don't take advantage of these hospitals any more than they do the local school.She consequently is setting out to train health workers from the community to provide basic and heavily preventative health care and education, and also to bring cases that need more fundamental care to the hospitals.For the longer term she plans to help open other ways of earning a living for the prostitutes. She also intends to help them organize alternative housing, a need especially urgent for those who break from the profession and therefore from their madams.As this model approach takes hold in Kamathipura and Bombay, the proportion of Priti's time devoted to educating and persuading the broader society and its institutions to open its eyes and begin dealing caringly and realistically with this especially desperate segment of the population will increase.She and her organization, "Prerana" (Inspiration), will continue to experiment with and demonstrate practical ways of giving these people a chance in life. They will also increasingly help define broader policy.

Prostitutes and their children are caught in a destructive dead end cycle. In the Bombay red light districts ninety percent have tuberculosis. Because ninety percent of the prostitutes have venereal diseases, many of their children are born disabled. The housing problem is enormous; the women (and their children) only have a bed in a crowded room provided by the madam. They can't even use it as an address, and without an address they're not eligible for any kind of assistance program.During working hours the small children are commonly kept under the beds, drugged so they won't disturb. The bigger children, sometimes as young as 5, spend the night doing errands for clients or simply sleeping in the streets.There are no reliable statistics on the number of prostitutes in Bombay. According to Priti, numbers vary from 6,000 to 30,000. These women come from the rural areas of Maharastra and neighboring states. Many of them are devadais (prostitutes that stay in temples serving guests), a practice illegal since 1985 but still popular in neighboring Karnataka State.

The key to Priti's success is her sociological realism. She knows she would be run out of the community if she threatened those who control and those who protect its business. She also knows her clients are not only some of India's poorest, but they are also among its most illiterate and dependent.She has started with what is both possible and important. If the children can be given a realistic chance in life, not only will some of them escape, but also their development will give their mothers both hope and practical help. Better health also helps. Priti's approach further encourages this evolution not only by following the mother's wishes but by engaging and keeping them centrally involved in all the programs she's helping them launch.As confidence and local leadership slowly take root, her plans for alternative work and housing will become more attractive. Each incremental change will reinforce the others, building more confidence and independence and leading sooner or later to the sort of fundamental questions that less realistic outsiders would be tempted to take up first.Priti's realism is also reflected in her starting first with the realities of Kamathipura and only formulating a general policy once she has demonstrated a proven prescription there.

Priti grew up in Bombay, the daughter of a father who is a committed government servant and a mother who runs a daycare program. As a student she decided not to become another skilled but ordinary professional cog and enrolled in the Nirmala Niketan College of Social Work. She began her work with prostitutes as a student, over a good deal of opposition, because she recognized them as a long-neglected group with special and urgent needs.Priti recently married a fellow spirit equally committed to serving the poor, in his case tribal peoples in Raigad District.