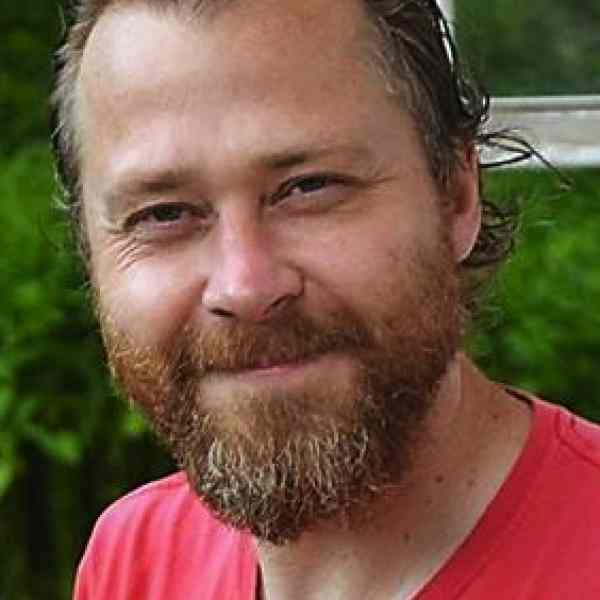 Petr Bergmann is revitalizing the cultural prosperity of Central European cities and towns. By restructuring cultural centers in a way that addresses pressing social issues, Petr is enriching communities and developing a culture of tolerance and understanding.

By creating cultural spaces in the heart of Central European communities, Petr is revitalizing local economies, raising hidden issues, and addressing traumas of the past. The open public spaces generate citizen involvement in areas that lack a healthy sense of cultural identity. Petr's centers provide a forum for communities affected by complex border issues to deal with the past in order to build a future.
Petr's process of creating a functioning public space brings issues of culture, history, environmental protection, education, and cross-border cooperation to the forefront of community awareness. The ideological shift from a communist past encourages citizens to become involved in a project that challenges national stereotypes and divisions. Social youth programs, business incubators, cultural festivals, and active citizen-led organizations are all part of Petr's plan to break down barriers in people's minds and create a diverse and accepting community.
Petr also works to professionalize this development process. He is identifying a new generation of urban space cultural developers, and providing them with the critical tools to continue this work.

Broumovsko is located in one of the border regions known as Sudetenland, an area that has been stigmatized by the violent and problematic eviction of Germans after World War II. Before the war, German residents represented 95 percent of Broumovsko's population. Inhabitants had been settling in this region since the 13th century when a large Benedictine monastery became a settlement base, attracting mainly German farmers. The region became a crossroads between Czech (Austrian-Hungarian), Polish, and German lands. In 1875 a new railway connecting Berlin, Warsaw, Brno, and Wien helped the expansion of the textile industry through Mezimesti, from the Broumovsko region. Consequently, massive development generated a rural population in Broumovsko once twice the size of what it is today.

German inhabitants were evicted from their land, and incidents of violence and murders occurred. The confiscation of German property resulted in the destruction of virtually all structures and values. Abusive and careless exploitation is synonymous with this chapter of Czech-German history. As many victims and witnesses to the war and resulting terror are still alive, discussion of the period remains sensitive, even taboo.

Most of today's residents have no roots in the region and therefore have no interest in changing the situation. Their children leave the region soon after finishing elementary school; little motivates them to stay. Preserving traditions, cultural values, and historical treasures is quite difficult in these circumstances. The young generation has limited information about the value and potential of local cultural heritage and no orientation to the underlying historical issues. It is challenging to motivate people to engage in public life and create new values.

During the period of communism, cultural houses that provided citizens with a space to socialize or attend educational or cultural events were quite common. But because they had to adhere to the communist mentality, programs were controlled, prescribed, and somewhat artificial. There was no opportunity for individual initiative and engagement since such independence was suspicious to authorities. By ignoring real local problems and underlying fundamental issues–like nationalism–key social and psychological needs were left unaddressed.

After the political changes in 1989, the tradition of cultural houses was also interrupted. Suddenly there was no public money either to maintain huge facilities or to pay employees. The large buildings fell quickly into disrepair, often becoming targets of vandalism. Other cultural houses were privatized and turned into office buildings or schools.

In the following decade, the Czech Republic's citizen sector expanded, primarily funded by international aid agencies, foreign governments, and foundations. Although citizens' organizations were able to address some of society's fundamental issues, they often had to refocus their missions and activities quickly in order to meet the changing priorities of international donors. The constant juggling made it difficult to achieve real impact on a given issue. By the late 1990s, significant distrust had formed between the citizen sector and the state. At the same time, international funders began to pull out of the country. Because of limited funding sources and weakened capacity, the citizen sector has not been able to utilize facilities such as cultural houses to address local community needs.

Petr is working to unlock the cultural development process in order to address the cultural stagnation of a particular region. He is creating a model for community development that engages many stakeholders in the process of creating a public space. By combining the old idea of cultural houses, which are still alive in people's memories, and the dormant creativity of local citizens, communities can create a civic space where people of all different generations, professions, and backgrounds can come and be inspired. In his pilot project, Petr is uniting a community around the process of turning an old brewery into a social and cultural center for Broumov region.

Petr's work is designed to meet the specific needs, interests, and resources of the community. Although the umbrella project is to create a social-cultural space for the area, he designs specific aspects of this work to address local problems. For example, in the case of Broumov, he is providing myriad opportunities and projects related to the creation of its center. It will provide a multifunctional space to address the disengagement of area young people. Using music rehearsals, courses, and workshops as points of interest, Petr provides youth with a social connection to the community. To address the lack of private enterprise in the area, the center will host a business incubator. To tie the past to the future, Petr is working with the community to reach out to those with a psychological or historical connection to Broumov. The Benedictine monastery–the initial impetus for German resettlement in the area–is helping Petr reconstruct a cultural heritage site.

As one of a handful of newcomers to Broumov who came to the region to start their own civic activities, Petr is using his peer network to motivate other organizations. Together with other grassroots groups, Petr has established the common platform called "The Journey to the Roots", which offers a main program called "Revitalizing the Broumovsko." The scale of individual program segments is wide and complex: revitalizing cooperation at a community level; renewing historical paths and buildings; integrating transportation; and encouraging public discussion about the region's development. Other actors include local businesses, government officials, cultural institutions, local citizens, students, and universities.

Petr is also organizing larger events both to promote cultural development and to bring outsiders into the community. He has invited artists, musical, dance, and theatre groups from the Czech Republic, Poland, Germany, Slovakia, Italy, Norway, Finland, Russia, Australia, the United States, and Japan to the widely, even internationally, recognized Bromouv Cultural Summer festival. Unusual performance venues, such as an old church, and experimental art has attracted the crowds. Art programs are oriented toward younger people but are complemented by traditional programs, creative workshops, lectures, exhibitions, and classical concerts. The festival serves as a creative force for the developing art scene and its interaction with professional and amateur artists, young people, and the general public. The intention has been not only to provoke, amuse, or inspire local people, but also to motivate them to develop their own ideas and initiatives. Part of the program is always located in villages in the Broumov region so as to connect local inhabitants with volunteers and artists and make them part of the whole process.

Petr has engaged significant and well-known personalities as another method for involving regional residents. Important visitors like former President Vaclav Havel, Senate Chair Petr Pithart, and the Chairman of the Sudet-German "Landsmannshaft," Bernd Posselt, and other personalities have been invited to Broumovsko. The events were connected to massive media campaigns to promote the region and address civic engagement and border issues. Such visibility has been an opportunity for Petr to spread the discussion about the old-new role of volunteerism and nongovernmental activism in communities. The media campaign automatically gave rise to border issues and discussion of citizen activism in general.

Besides developing the functional network of facilitators and partners, Petr also pays serious attention to the next generation of cultural space developers who come to the region regularly to work on a voluntary basis. The future developers see the increased drive and energy motivating everyone from local business entrepreneurs to middle-aged women to get involved. These experiences show first-hand the potential that such work has for creating social impact.

Petr's drive to develop cultural public spaces stems from his childhood. At an early age he became involved in the underground music scene. During university, he was expelled from school because of his controversial work as the editor of a student paper and his participation in the underground music scene. In 1986 he started an underground label–Black Hand–for the production of tapes and publications focused on punk culture. Petr was also a correspondent for rock magazines like Maximum RocknRoll and Trust, in the United States, Canada, Germany, and France. Until 1989 his work was considered illegal. In 1990 Petr was able to launch an official agency for international art tours and publications. Over the next 10 years, he organized over 500 cultural events all over Europe.

Building on leadership experiences with social service organizations like the Movement for Civic Solidarity and Tolerance (HOST) and the Animal SOS Foundation, Petr went on to found his own organization. Between 1992 and 1997, Petr led a social and cultural center in Prague. The center offered space not only for activities of citizen sector organizations but also for young artists, activists, and informal groups. Painting studios, a darkroom for photographers, rehearsal space, a theater hall, a sculpture studio, and other spaces were all designed and created by volunteers. In 1997 the center had to close when City Hall decided to turn the space into a parking lot. In 1993 while participating as a nonprofit leader from Central East Europe at a program offered by Johns Hopkins University, Petr was able to develop new networks and tools for continuing his work. Between 1998 and 2000, he started "Project 2010," a movement of young artists and activists to gain social space. The movement established a dialogue with authorities, ministers, mayors, private sponsors, and other personalities of the political, social, and cultural life. Concrete initiatives from this dialogue are still operating today.

In 2000, Petr moved to Broumovsko to work with an association committed to spurring environmental and cultural renovation for the region. Within this organization, he began to forge his own vision. He organized three-month-long theater festivals, international exhibitions, literary competitions, theater workshops, and a festival of art in historic churches and designed exchange programs–all efforts that prepared him to pursue his work today.