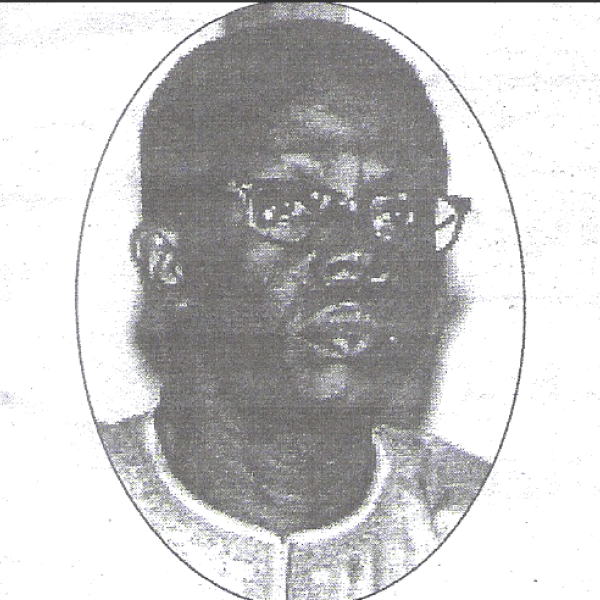 Share
Senegal
Ashoka commemorates and celebrates the life and work of this deceased Ashoka Fellow.

By introducing locally developed and operated technologies for domestic waste disposal, Oumar Sarr (Senegal 1996) is creating a "virtuous cycle" of environmental education andcommunity action that begins in the household with the sorting of waste and leads to recycling, alternative waste disposal, new community-based enterprise activity and a widening range of local civic action on behalf of a safe and clean urban environment.

Africa's cash-strapped municipal governments simply cannot cope with the ordinary living requirements of their rapidly expanding populations. For the poor, who constitute the majority in all African cities and towns, municipal services-such as water, power, shelter, sewerage, streets, parks, transport and sanitation-are either inadequate or nonexistent. Oumar Sarr believes that the inevitable shift to community-based "self-help" type solutions can be stimulated and accelerated through the introduction of appropriate technologies. He has demonstrated his approach in one of Dakar, Senegal's poorer communities and is now poised to spread it throughout Senegal and the wider West African region. Oumar has devised a neighborhood-based system for domestic waste management that begins with sorting waste in the home, involves thrice-weekly curbside garbage pickup and proceeds to one of three options, depending on the nature of the waste. Flammable waste materials are sorted for nontoxic incineration at a community-built incinerator. The potassium and carbonate rich ash by-products of incineration are then sold to generate project income. A second category is made up of recyclable materials, which are sold. The final part is removed to municipal landfills. The unique contribution of Oumar's approach is the use of new technologies to implicitly educate about the environment and, more to the point, inspire citizen action. Community organizing and education sessions instill in the local population a "culture of environmental protection" that promotes the idea that together members of the community can solve some of their health and sanitation problems without depending on government. As Oumar states, a change in awareness, attitude and behavior is a major key to unlocking household and community efforts to resolve the domestic waste management problem in Senegal. Oumar is convinced that the solidarity and understanding that develop around the "simple solution" of introducing his community waste disposal system also yield a secondary benefit of encouraging citizens, and young people in particular, to seek other creative solutions to the problems facing their communities. Having demonstrated his approach in one poor neighborhood on the outskirts of Dakar, Oumar is facilitating the replication of the model throughout urban Senegal. Simultaneously, he is developing a rural model. The original model was designed for replication at least throughout the Sahel region.

Rapid, chaotic and under-managed urbanization in African cities has intensified environmental problems of all types. As the urban environment deteriorates, the health and safety of citizens suffer accordingly. The generation and removal of household waste is one key area of concern to urban planner, and to all citizens concerned about living in a sanitary and healthy environment. As Africa's urban areas have expanded over the past decade with the influx of rural migrants, and as urban consumption habits are taken up by greater numbers of people, the amount of waste produced has grown exponentially. Senegal currently produces more than 900,000 kilograms of household waste per day, and this amount is estimated to be increasing at an annual rate of seven percent. Reductions in public spending have made it increasingly difficult for local governments to keep pace with the expanding need for waste removal services, leading to erratic and disorganized waste collection in the best of circumstances. Where services do function most household waste collected by removal is trucked to environmentally suspect landfill sites. The landfill site for Senegal's capital city, Dakar, for example, is situated in the middle of an area that serves as the filtration site for the aquifer providing the city's water supply. This landfill, which should have been closed years ago, has expanded to the point where it threatens to poison the city's main water supply. In the outlying, poorer, marginalized neighborhoods of Dakar the situation is even worse. Municipal waste disposal services have broken down completely, and these fast-growing, sprawling settlements are most often left to devise their own solutions to the problem of waste removal. Nearly all families dispose of their waste in a nearby open area on the edge of their neighborhood, and those living within easy reach of the coastline dump their waste into the sea. Various attempts to deal with this problem have failed, mainly because they have sought to resolve the problem by importing capital intensive incineration equipment that is well beyond the means of municipal budgets. A state industrial initiative for waste incineration to produce compost was opened in 1968 and abandoned two years later due to many factors, including, as Oumar deduced, the fact that the waste collected was not sorted at any time during the process. As public services have deteriorated, African citizen sector leaders have come to appreciate the need for citizen initiative and grassroots participation in all aspects of social services and development. With the 1993 launch of Civil Forum in Dakar, a voluntary citizens' lobby, impetus was given to stimulate and organize citizen-based initiatives for social development in Senegal. Oumar formulated his community waste management system cum environmental education and action program within the framework of the Civil Forum, which he serves as a founding member and Head of the Environmental Section.

Born in 1952, Oumar grew up in a traditional family in a modest neighborhood in Dakar. A resourceful and practical person, Oumar was inspired by his father, who convinced him that he could have anything he wanted if he worked hard enough for it. Oumar recollects how, as a young boy, he collected and sold empty bottles in order to go to the local cinema. As a young man, Oumar was active in his local sporting and cultural association, organizing community events such as theater productions, dances and football matches, and becoming a champion comic among his peers. Through merit selection, he gained entry into the exclusive William Ponty School in Thies, enabling him to get on a track to university education. Oumar excelled in university, where he earned his doctorate in chemistry and become a lecturer in 1979. Oumar has since had a distinguished research and teaching career in chemistry at the Dakar University. He has traveled widely in Europe and the West Africa region to present conference papers on scientific experimentation and socially applicable scientific data. Concentrating on socio-environmental problems, Oumar has put his expertise at the disposal of research agencies and nongovernmental organizations, as well as government ministries. He has developed and presented papers on the practical aspects of such topics as the chemical analysis of "monkey bread" for a socio-culturally accepted method of oral rehydration for infant diarrhea, the environmental consequences for Dakar of the ocean disposal of chemical waste and the management of used water for municipal purposes. He has long shown particular concern for putting science to use in dealing with people's social issues and problems and has used local languages in the teaching of science. He is also particularly concerned with the well-being of his students, who face many difficulties upon graduation in gaining access to professional job opportunities. At the university, Oumar is an active union member, involved in and concerned about the problems and future of the university. As noted above, he is a founding member of the citizen lobby, Civil Forum, where he heads the Environmental Section. Once the community-based waste management model is fully launched and the methods for its wider replication are clear and in place, Oumar sees himself innovating further low-cost solutions to resolve other environmental problems faced by the citizens of Senegal and surrounding countries.