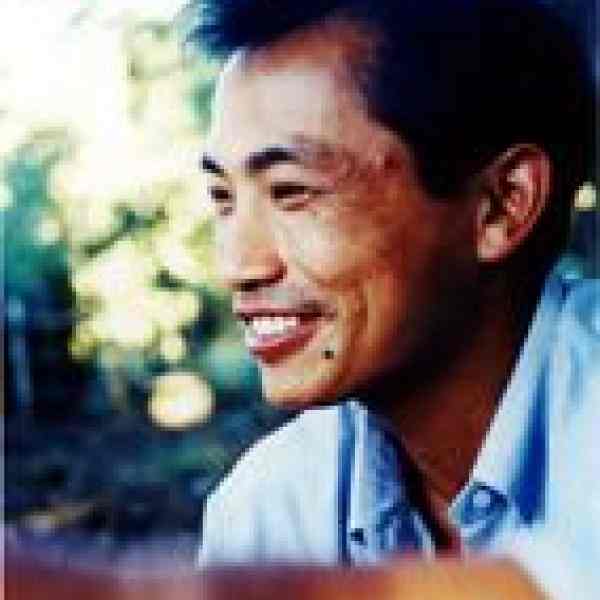 Neichute Doulo is defusing the frustration of young people in Nagaland by building a new generation of socially responsible business entrepreneurs. By encouraging communities and Naga youth to change their attitudes and actions, Neichute hopes to return control of the economy to local hands and empower Naga youth to actively shape their own future and contribute to society.

Neichute's peer-to-peer mentoring strategy and support group involves the local public, the church, the village council, and other traditional social institutions. The approach builds a supportive environment to enhance the success of Naga youth and helps tribal communities see the benefit of business entrepreneurs. In developing this new generation of business entrepreneurs with a social conscience, Neichute's program works to create employment and income-generating opportunities, thereby rebuilding the local economy and discouraging young people from participating in violence and rebellion.
"Entrepreneurs Associates" (EA) recruits a core group of successful young businessmen to pool their resources of money, time, energy, and expertise to help new business entrepreneurs learn and achieve success. Mobilizing funds from the public through various activities, EA builds a support system for the new entrepreneurs that involves families and other traditional institutions and organizations.
The most important part of the EA strategy lies in instilling both a professional and a social attitude among the young Naga entrepreneurs. "Greedy, selfish, and corrupt businessmen even among our own people are what has destroyed us," Neichute says. Regular group meetings and close monitoring of the new entrepreneurs help instill some of the EA values of business with ethics. Neichute feels that "only businessmen who have the needed resources and also the heart and will to contribute to society can take the society forward." An important part of the strategy also lies in involving and changing the negative mindset of the local Naga people, leaders and nonleaders alike, toward business entrepreneurs from their own community. Neichute constantly spreads the concept of entrepreneurship, bringing EA's ideas to community members through church, talks, seminars, workshops, and lectures. Whether it is encouraging the community to invest their money in EA or asking them to make purchases from Naga shops, Neichute's strategy aims to create a climate of change where entrepreneurship can kick-start a process of social change among tribal societies.

The collapse of traditional social institutions, ineffective policy, a weak economy, and decades of violence have left Naga people with few opportunities. The leap from a culture and economy rooted in the forest to today's modern state of India has turned the Northeast into an administrative, political, social, and ethnic conundrum. Having suffered over five decades of militant struggle and having been victim to misguided government policy, Nagaland exemplifies all that has gone wrong in the Northeast.
With government positions saturated and with no industry to absorb people, Nagaland unemployment has become a major problem. A largely educated youth population with high expectations has turned the problem into a crisis. With no entrepreneurial skills or experience, local tribals find it almost impossible to penetrate the local economy, 90 percent of which is controlled by nonlocals. Tribals resent the nonlocal tradesmen because they are seen to be highly exploitative, draining away the local resources and not investing back in the local economy. Neichute describes the feelings of the locals "like a boiling volcano waiting to burst out." He feels that local tribals are getting more and more resentful of being cheated by nonlocals and this resentment could well become cause for a "bloodbath" in Nagaland.
Swamped by a strong and pervasive feeling of injustice, young people in Nagaland experience a great deal of frustration. The prevalence of young alcoholics, drug addicts, and trigger-happy, gun-toting youth speaks volumes about the anger and helplessness experienced by young people.

"Our society has become bankrupt, both materially and morally," Neichute says. "We are too used to easy money with no hard work." He feels that entrepreneurship coupled with a new work ethic is the only way for the Northeast to survive. His strategy aims at giving both the will and the skills to build up entrepreneurship for change.
Neichute's strategy works at changing the mindset of the young people and removing this aversion to work. His strategy ties young, would-be entrepreneurs to persons and institutions that can help them succeed&#150;the general public as financial investors, the church or village council for accountability, and successful young business people as mentors. The most important part of Neichute's strategy is the effort to instill ethics, social responsibility, and the right attitudes among the new entrepreneurs. Through formal monthly meetings and the attentive monitoring of mentors, the new entrepreneurs are not only guided to succeed in their business but also held responsible for giving back to society. New entrepreneurs, for example, are encouraged to help others, by either offering employment, helping launch a business, or investing in the EA microfinance.
Neichute also works with the local public, helping communities realize the value and potential contributions of young entrepreneurs. He and his EA core team of volunteers have been selling the idea of EA to the public in Kohima town, getting them to enroll as investors and member patrons. A fundraising membership drive and microfinance plan with an 8 percent interest rate return for investors have proved to be quite a success. EA already has over 500 members who pay an annual membership fee and over 50 investors who invest a minimum of 1,000 rupees. The core EA members also contribute a fixed sum every month to build up the corpus from which loans are given to young people to set up their businesses.
In just seven to eight months, EA has managed to raise over 300,000 rupees and directly help 12 young people set up microenterprises. These enterprises have given employment to another 20 young people. Neichute is confident of enlisting at least 1,000 members and over 100 investors by June 2002&#150;a year after EA went to the public. After registering EA as an association some months ago, Neichute has already forged relationships with financial institutions like the NedFi (The Northeast Development Finance Institution). Over 180 small and would-be entrepreneurs&#150;mainly from rural areas&#150;gathered for a two-day workshop that EA organized for NedFi in Nagaland. NedFi has expressed its desire to partner with EA by routing loans through them for other entrepreneurs. EA has also forged partnerships with both small, local credit societies and companies to implement its microfinance program.
Neichute's strategy also looks at involving both the church&#150;the most powerful institution wielding the greatest control over Naga society &#150;and also traditional social institutions like Village Councils and kinship networks in being partners for change. Neichute is confident that given some more time, the church in Nagaland will realize the need to go beyond religion and intervene in social problems. He is sure that the church will overcome its hesitation in getting involved in money matters and become a major investor in EA ideas and activities. Dialogue with the church at higher levels will have to be continued. In the meantime local level churches across religious denominations have been inviting Neichute for talks and workshops to motivate their youth on self-reliance and entrepreneurship.
Neichute's idea is also gaining popularity in other places in Nagaland. His concrete ways to tackle the most pressing of all problems in Nagaland&#150;and indeed in the entire Northeast&#150;namely unemployment and lack of entrepreneurship, has already caught the imagination of people. A group of 150 young people calling themselves "retrievers" has already sprung up in the remote Tuensang town in Nagaland to do "coolie" work and follow the values and practices the EA advocates. Mokochung, Dimapur, and other towns in Nagaland are also showing interest. EA core members have just started forming groups in rural areas to reach out to area youth. "EA should go slow in the beginning and concentrate on consolidating the idea in and around Kohima town," Neichute says. While Neichute plans for EA to spread far beyond Kohima, he will carefully calculate all stages of development in order to build a firm foundation so that Entrepreneurs Associates grows from a "microcredit program" into a movement for change.

Having a keen sense of observation and a sharp reflective mind, 28-year-old Neichute has led a journey to "right the wrongs" of Naga economics that began right from his high-school days. Half a dozen "food for work" experiments initiated by Neichute convinced him that Nagas need first to change themselves and their own attitudes toward work if their society is to move ahead.
As a postgraduate in economics, Neichute enjoyed the high expectations of his villagers and family. Neichute gave up a much-coveted job as a lecturer to follow his ideas. The Ashoka fellowship gave him support and encouragement to launch into his idea of EA full-time. In one year's time, Neichute has developed EA from a mere concept into a plan of action. Even with a major obstacle early on &#150;a church backing out of financial commitment&#150;he was able to launch the EA dream.
Interactions with Ashoka Fellows from different parts of India, as well as the exposure to Fellows in Indonesia and Thailand has contributed to a spike in Neichute's learning curve. As a recent recipient of Ashoka India's Citizen Base Initiative Award, Neichute is even more confident in the EA idea and is firmly set on the path to reach his vision of a self-sufficient and economically strong Nagaland and Northeast India.