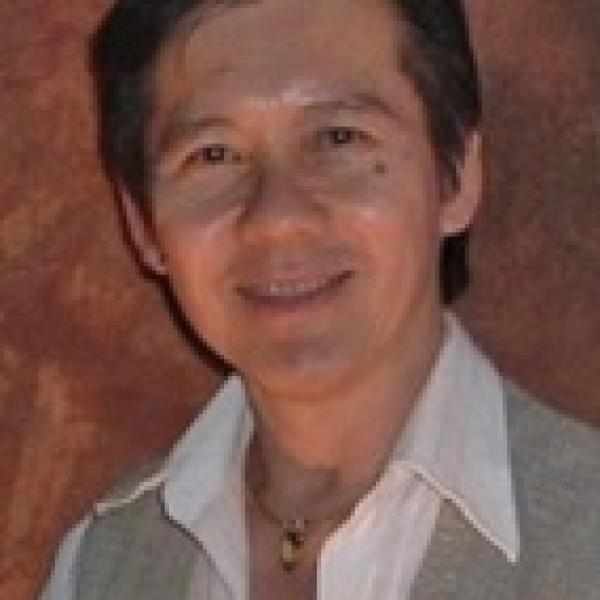 Natee Teerarojjanapongs is fighting AIDS in Thailand. Using an array of techniques to attack fundamental problems of ignorance and cultural sensitivity, he is getting through to high-risk citizens, especially the tens of thousands of young bar boys and girls. Increasingly, he is also awakening the country as a whole to the crisis.

Natee educates by entertaining. The original aim of his White Line Dance Troupe, of which Natee is founder, director, choreographer, and dancer, was to raise money for the poor, but in 1987 he changed its focus to campaigning against AIDS. He began by working with high-risk male sex workers, bar boys (typically youngsters from poor villages who later return home to marry and farm), and their customers. Now he is building a comprehensive program for other groups that engage in high-risk behavior, including female prostitutes and their customers and high school students. He has also developed an entertainment-rich program that travels to the villages that send their youngsters to Bangkok&#39;s sex industry to warn of the dangerous reality behind the money and glamour.
Natee combines his troupe&#39;s jazz and classical Thai dance performances with educational narratives on AIDS prevention. The troupe&#39;s program changes with each show, adapting to the nature and experiences of the audience. In 1988, Natee founded a troupe called Fraternity for AIDS Cessation in Thailand (FACT), a volunteer nongovernmental AIDS prevention educational organization that, combined with his White Line Dance Troupe, broadens and furthers the scope and reach of his AIDS prevention program.

In the summer of 1991, a senior official in the Prime Minister's office estimated that there are 300,000 HIV-positive people in Thailand, with much of it spread through the tourist-attracting sex industry, intravenous drug use, and heterosexual contact. One problem in dealing with AIDS is the prevalent belief that it is a disease of two groups: the lower class and homosexuals. People who do not see themselves as belonging to either of these groups think they are immune. Thus, as long as people think in terms of not belonging to a high-risk group, as opposed to refraining from engaging in high-risk behavior, they are susceptible to contracting and spreading AIDS. Poor, rural people ignorant of AIDS and its avenues of contagion are even more at risk.

One group that regularly engages in high-risk behavior is male high school students. Young men all over the country, in a traditional rite of passage, typically have their first sexual experience in a brothel. With HIV so rampant in these brothels, even in rural areas, this tradition poses a significant threat to Thai society in general. Young men are becoming infected, marrying, having children, and passing the disease on to their families. This helps explain the unusually high infection rate among heterosexual women and children in Thailand. Bar boys and girls returning home to marry are another major cause.

Stopping AIDS in Thailand's tourist-driven sex industry presents problems unique to the country. People of the lower classes from around the country go to Bangkok to sell themselves as the only way to earn money and improve their living conditions. These young sex workers are inevitably of a lower social status than their paying customers. Natee knows he must address two cultural issues related to this. First, people who regard themselves as socially inferior in Thailand are expected to defer to those they regard as their superiors. Young bar workers find it very hard to resist customers insisting on unsafe sex. Second, people in Thailand universally work hard not to bother or upset one another. This feeling is known as Greng-jai. Often sex workers will feel Greng-jai and not raise the issue of safe sex or insist on it.

There are other obstacles that he must take into account. One is that many brothel and bar owners who employ sex workers resist the campaign, thinking that to admit to the problem of AIDS will only hurt their business. Another problem is the negative stigma that continues to be attached to the disease. Many companies and other sources of funds don't wish to tarnish their image by having their name associated with AIDS. Hence it is very difficult to find funding for AIDS prevention organizations.

To address the misconception that AIDS is only a disease of the lower classes and homosexuals, FACT has distributed informational booklets, pamphlets, and posters provided by international organizations, as well as their own newsletter called "The FACT Sheet," sponsored by local gay bars and businessmen. "The FACT Sheet" functions as both an information and message-reinforcement resource and as a fundraising tool. Distributed free at bars, restaurants, cocktail lounges, and saunas, it has increased donations and volunteers.

Natee has worked hard to address the deep seated cultural issue of Greng-jai by addressing the three groups involved in conducting transactions in the sex industry. First he appeals to the customers, providing them with information about their health and safe sex. Next he gets the sex workers to realize the mortal danger of AIDS, and to understand that they have the right as human beings to protect themselves by insisting on safe sex. Finally he makes the owners and managers of sex businesses see that forcing their bar boys and prostitutes to be indulgent to the customers is contrary to their own business interests, and will only serve to spread AIDS throughout their establishments.

In dealing with the bar owners and enlisting their support, Natee and FACT have engaged in straightforward discussions with them. By alerting the owners about the dangers of AIDS and the advantages to the businesses in supporting prevention education, FACT has overcome their initial hostility and turned many into strategic partners. Some of the owners have even become helpful in finding new funds for FACT.

The main focus of FACT, and perhaps still its most effective educational tool, is Natee's pioneering effort to link dance and AIDS education in his troupe's performances, the so-called FACT Show. Natee has recently worked with Thailand's largest nongovernmental organization, the Population and Community Development Agency, and with Empower, a group led by Ashoka Fellow Noi Chantawipa Apisuk, to stage a number of public exhibitions that have received great attention in Thailand's press. Much like political fundraisers in the United States, these events feature Thailand's leading citizens, fancy balls, and dance and theatre entertainment. Some of these events have been televised to large national audiences. AIDS, long repressed by Thailand's tourism industry, is finally getting noticed.

Natee's dance program is also effective in reaching the sex workers directly. Natee's troupe goes to bars and gives a 90-minute program for the bar boys before opening hours. The troupe educates and motivates these gay men to overcome their sense of personal worthlessness. Bar boys are encouraged to stop deferring to bar owners and customers who resist condom use. Natee has a parallel show for bar girls.

FACT has also launched an AIDS telephone hot line, with separate services for heterosexual, gay, and lesbian callers. He calls another of his efforts the Cruise Squad, which seeks to reach people outside the bars on the streets. His funding for this has unfortunately been limited, so the effort has been intermittent. He is also working with the Ministry of Public Health to travel more with his performances and organize activities for World AIDS Day.

Natee Teerarojjanapongs was born on October 31, 1956, the last of five children. He grew up in Suphanburi Province, and went to high school in Bangkok. Natee received his bachelor's degree as a medical technologist from Chulalongkom University and worked for a company selling medical equipment for five years before going to Boston to study jazz dance. When he came back to Thailand he experimented in combining jazz and traditional Thai dance, creating a whole new dance form.

In 1985, he formed the White Line Dance Troupe and in the late 1980s turned his energies to help lead the fight against AIDS in his country. He is also a prolific writer and has written over 100 articles on AIDS in community magazines and newsletters. Assuming, hopefully, that AIDS is eventually brought under control, Natee will refocus the public education capacities he is building on other public health scourges.