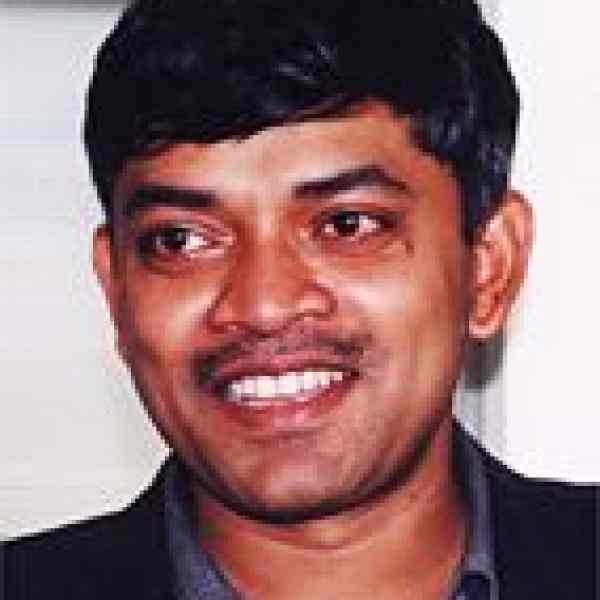 Mostafa Shiblee is engaging Bangladeshi students in debates to divert their attention away from uninformed political activity and antisocial behavior and towards participation in the social sector. By creating the structures for them to hold debates on serious issues in front of key policymakers, Shiblee is providing students with an avenue for civic participation and policy impact.

Mostafa Shiblee strongly believes that one reason why many Bangladeshi students abandon their studies, fall into drug abuse, or become involved in violent political confrontations is that the educational system fails to provide creative and engaging alternatives. His organization supplements the educational system in his country to meet this need. Shiblee facilitates the lively debate of important political and social issues as a vehicle to create social consciousness and give students opportunities to act on it. His format sparks students&#39; imaginations and taps into their natural enthusiasm and desire to change the world around them. The students benefit from Shiblee&#39;s program both at an academic and a personal level. The program teaches them to identify and analyze a problem and develop creative, well-reasoned arguments; they learn about current issues and discuss them in a legitimate and constructive form; they learn new approaches to group dialogue and conflict resolution. After participating in Shiblee&#39;s program, students who previously did almost no reading outside of their prescribed syllabus have begun to read for themselves and participate in their communities. They become interested in current events, and their knowledge of complex social issues dramatically increases. They develop a sense of self-worth and the realization that they have a democratic voice in the policy decisions that shape their lives. As a result, a sense of community involvement replaces the sense of detachment and alienation often felt by these adolescents. The debates bridge the gap between Bangladesh&#39;s academic communities and the general public, because Shiblee emphasizes practical, constructive involvement in social issues rather than esoteric scholarly debate.

Creative outlets for students do not exist in the vast majority of Bangladeshi schools, where the curriculum fails to stimulate the imagination or interest of students. Neither textbooks nor teachers give much attention to the pressing social and economic development issues that Bangladesh faces. Students are not encouraged to think about the future of their country, to analyze the issues that affect Bangladesh as a developing nation, or to question government policies. Nor do the academic institutions encourage the exchange of ideas and experiences between schools and the general public. This isolationism has become a detriment to both groups and has cultivated resentment and mistrust. To add to these problems, the culture has lost the traditions that develop listening skills and rational discourse. The ensuing frustration makes youth easy prey for the sparring political parties which rely upon passionate and volatile supporters. Significant events of Bangladesh&#39;s history, even before independence in 1971, have been driven by student activism. For example, as Shiblee explains, &quot;In 1991, when nine years of efforts attempted by all the political parties were futile, students took over the leadership of the movement against the military regime of General Ershad, and they organized the entire nation in unanimously ousting the autocratic, undemocratic president.&quot; However, the potency of student protest has dissipated, as competing political parties today assert their strength by using naïve students as pawns to stir up public fervor. Students confuse effective activism with random acts of violence such as storming campus dormitories, breaking into cars and burning them, and holding mass protests that force universities to close for months on end. Because of frequent closings, most students take at least one or two years longer to complete their degrees than they otherwise would. Bangladesh lacks a tradition of social activism that is carefully planned to deliver specific results.
Because of the separation between students&#39; daily realities and their formal classroom education - which values test-taking and memorization skills at the cost of critical thinking and creativity - a sense of confusion and apathy is pervasive. Drug use has become the favored route to escape their sense of disillusionment and irrelevant education. Shiblee claims that at least 90 percent of college students, both male and female, imbibe a type of cough syrup (phensidyle) smuggled from India. Other drugs also make their way onto the streets and into schools.

By introducing students to the art of debate, Shiblee provides them with a healthy, productive channel for their time, energy and creativity. He begins by asking the students to identify a main topic on which the debate will be based. The issue could be of local, national, or international in scope: what to do about trash disposal problems in Dhaka, how to conduct mass voter registration in Bangladesh, or how best to attract more foreign investment to the country. Within each topic, his organization, Working for a Better Life (WBL), identifies propositions such as, &quot;Drug users and dealers should be punished equally,&quot; or &quot;Parents should be blamed for their children&#39;s addictions.&quot; When the topic has been selected, Shiblee&#39;s organization invites a speaker - often a popular figure such as a movie star - to do &quot;issue familiarization&quot; with the students at a school. Usually 500-1000 students attend such meetings, of whom typically about 100 are members of WBL&#39;s debate club. During &quot;debate sessions,&quot; the WBL members and their teachers decide which of their peers will participate in the debate itself.
In their week-long preparation for the debate, Shiblee advises the students to learn about the problem firsthand by becoming more involved in their neighborhoods and communities and by interviewing people. This interaction helps to bridge the gap between the academic communities and the general public.
While the students conduct their research, Shiblee invites influential members of the community with a demonstrated interest in the issue to attend the debate. If the students are debating the issue of a public awareness campaign on HIV/AIDS in Dhaka, an ideal group of invitees would include members of the Ministries of Health and Education along with the directors or staff of nongovernmental organizations working in the field. Shiblee believes that if these individuals attend the debate they will gain a fresh perspective on the issue, and the students can achieve policy impact.
Although the final number of debaters is only twenty, the parliamentary style of the debate allows for audience members, including parents, teachers, administrators, and distinguished guests, to participate. Parliamentary procedure also educates students about the process of decision making in their government, which has only functioned as a democracy since 1991. Students - especially girls - become noticeably empowered by the opportunity to &quot;play&quot; the role of Prime Minister when they introduce bills.
After the debate the students from both teams discuss the valuable points that they and their opponents raised. Shiblee guides the students in crafting a strategy for publicizing and disseminating their suggestions to lawmakers and influential members of society. With the help of WBL, this brief policy document, called &quot;Message for the Elderly Society,&quot; is recorded in activity reports and a quarterly bulletin that reaches thousands of people at schools, colleges, and universities. For example, a recent debate concerning the state of garbage disposal in Dhaka generated a series of suggestions and ideas that students submitted to the City Council, several of which have been implemented.
Substantial European funding has allowed the debate program to function in 24 junior high schools, high schools and colleges, each of which sets aside an hour a week of debate time. When a new debate program is set up at a school, Shiblee provides the guidance for the first several debates. Once the program has been established, however, a teacher from the individual school will take over this guidance role, allowing Shiblee to work in new schools. Teachers who are not initially enthusiastic about the debate program in their schools are often won over to the idea after observing the process in another school. When a school can run the program autonomously, WBL will pull out and devote its resources to implementing the program in other Bangladeshi schools. Shiblee aims for the debate program to eventually become part of the country&#39;s national curriculum.

Mostafa Shiblee, a lifelong resident of Dhaka, is all too familiar with the failures of the Bangladeshi school system. While working on his masters degree in English literature at Dhaka University, Shiblee saw several close friends reject their studies, their families, and friends as they became dangerously involved in drug abuse. He watched classmates murdered during violent political clashes on campus and saw how such disturbing incidents affected the learning atmosphere and morale of other students. He knew something had to be done to rekindle students&#39; interest in school and provide them with healthy alternatives for expression. These experiences, along with the inspiration his mother gave him and his personal interest in public speaking, led Shiblee to found Working for Better Life. When he was a student, Mostafa Shiblee was involved in extemporaneous speaking and won several competitions. He is also a founding member of the Bangladesh Institute of Theater Arts. Through participatory workshops, this organization gives low-income people in urban and rural areas the tools they need to initiate their own ventures in the performing arts. Young and dynamic, Shiblee possesses an outgoing personality and open-mindedness that make him both an effective facilitator and an excellent role model for the students whose lives he touches.