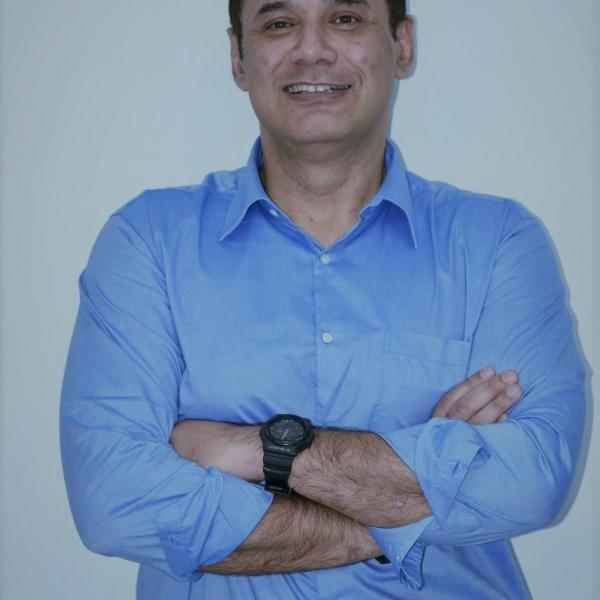 Monish has built a new system to capture the creditworthiness of individuals from underserved and unserved markets and is using this system to rebuild the trust deficit that exists between these eluded citizens and the banking sector.

Through his 20 years of working in Banking, Monish noticed that the Bank’s perspective of an ideal customer, typically urban middle-high class salaried man, is preventing large sections of society, who have equally good repayment capacities and behaviors, from accessing formal credit. To change the Banking sectors perspective of the ideal customer and to build trust between unserved and underserved populations and financial institutions, Monish has devised a holistic new system based on non-traditional data points to assess a customer’s credit worthiness.

Monish has built a new credit rating system which leverages India’s new Social Security Identification Number, Aadhar, which stores data such as Bank Statements, Criminal Records and Utilities Bill Payment history, as well as the Smartphone revolution in India to show that non-traditional data points such as social media posts, subscriptions, travel patterns and SMS history, much better indicate a person’s ability to pay back a loan. By underwriting loans, opening up positive margin for banks and taking a proportion of their risk, Monish is incentivizing Banks to now lend to this excluded group. Monish is also building and reinforcing positive financial behavior of customers through his Shubhloans Mobile Application by hand holding them from a negative to positive credit score. He is using gamification and incentive driven tools to help customers understand and shift their behavior, for example reminding them not to withdraw large sums of cash for their accounts after getting a salary, which is seen as negative behavior.

India is currently one of the largest markets for consumer finance across the world, with a value over $1.2 Trillion. Even with such incredible growth, over 70% of the population remains unbanked or underbanked and completely disconnected from the financial system, despite a willingness and capability to take on a loan. This large section of society who don’t have any financial footprint and hence no credit score are alienated from formal credit markets.

The current measure of one’s creditworthiness is through traditional and archaic ways of scoring, taking into account Bank Statements, Payslips and traditional forms of financial data. This way of assessing a person’s ability to take on credit not only permanently discounts those without any Financial Identity but also shapes the perception of what an ideal customer looks like for the banking industry. The large credit Bureaus such as CIBIL and Equifax, which currently do credit risk assessments for the majority of lending institutions do not cater for this untapped and worthy population because they do not assess the individual’s willingness and capability to pay based on holistic data points.
This lack of acceptance, identity and opportunity often means that many individuals have to take alternative, high risk and exploitative routes to get access to credit, such as through loan sharks or unregulated lending institutions. These informal credit markets often charge up to 50% higher rates for loans, leaving desperate individuals in danger of falling into vicious debt traps. When these informal sector workers such as Chaiwallahs or Autorickshaw Drivers use these informal lenders in time of desperation for medical emergencies, weddings and so on, they are often shown aggression and violence when they fail to keep up with these exploitative financing rates.

Monish’s believes social media postings, SMS and calling habits, types of apps downloaded, where one is travelling, etc. paints a better picture of one’s financial capability and willingness to pay back loans, than just the income-expense pattern the traditional CIBIL score measures. With this, Monish has built a mobile technology platform called ‘Shubhloans’ (Auspicious Loans), aimed at providing customers from underserved and unserved markets an alternate credit rating and provides a score within a few minutes.
Monish uses large and unrestricted amounts of data points that he leverages from; 1) The new Aadhar System: A Social Security Number that every Indian citizen has which stores biometric, demographic and other forms of data (such as Utility payments, bank statements, government services used, criminal records, traffic infringements etc.) and 2) The mobile phone revolution: It is estimated that by 2020, 85% of India’s population will have access to smartphones, which stores and shows immense amount of data from one’s habits and behaviors, both financial and non-financial. Through user consent, Monish is over time able to use Data Science to show correlations between various data points and a person’s ability to pay back a loan. For example, a people who have regular patterns of movement have been shown to have a higher likeliness to pay back repayments regularly.

Monish’s alternate credit score is between 0-100, a range which is much better understood than the complicated CIBIL parameters of 0-900. Once customers download the mobile application, they are asked to enter, only with full consent of the users, various identification points such as linking social media accounts, enabling location services, Aadhar Number and so on, all through secured and consent driven systems (such as OTP’s). Customers are then given a credit score based on a reading of the data points given and are either legible or ineligible for a loan.

To get the supply of lenders in this market and get an interest in this alternate credit score, Monish through his organization Datasigns, underwrites all loans that he decides to give out from the line of credit banks offer. As well as this, he takes on the first 5% risk (first loss guarantee) for all loans given out to these customers on his Shubhloans platform. The significant cut in costs from underwriting and costs of loans leaves banks with positive margins and an incentive to enter this market.

Monish is adamant that the 400 million plus population who he is targeting all deserve to have access to fair and formal credit markets and hence his application also focuses on reinforcing positive financial behavior through hand holding ineligible customers through a journey from rejection to acceptance. The application provides pointers and tips to customers to help change their bad financial habits, such as reminding customers not to take their whole salary out as cash after getting paid. In time, this leads to positive financial behavior and transforms more people to credit-worthy customers.

To source customers, Monish uses the most common and the most unlikely of interfaces such as contacting the direct sales agents of banks who reject loan applications, building partnerships with organizations which employ blue-collar and domestic workers such as Urban Clap, Baba Job, Quikr, Uber and Housejoy as well as through outreach to Factories, Restaurants and so on.

As well as this, Monish is a thought leader in the banking sector because of his extensive experience and networks, and he is using his position to raise awareness about this alternate credit score and the need to cater to underserved and unserved populations. So far Monish has been able to convince 7 of the largest private banks in India (e.g. Tata Capital, IDFC Bank) to offer lines of credit to this market with an excess of $2 million USD already being loaned out to over 20,000 customers. The default rate (missing 3 payments and becoming a non-profit asset) on loans currently stands at 0 and the bounce rate (missing one payment), is 8-9% lower than most commercial banks. More than 50,000 credit scores have been given out in 6 months of operation with their being a rapid month-month growth of both demand and supply.

Most importantly, through this alternative, inclusive, non-discriminatory and holistic way of measuring a person’s credit-worthiness, Monish is able to bring those individuals who have completely been delusional by the credit system a financial identity. The high repayment rates, and rare default cases, is breaking the distrust that exists between these customers and the banks, by shifting the bank’s perspective that underserved and unserved customers can be ideal borrowers too. Customers are over time able to directly get a loan from formal institutions as a result of their new identity and be treated with the dignity and respect they deserve.

Monish plans to continue to grow the Shubhloans method of assessing creditworthiness and is working towards making it a Gold Standard measure. He plans to continue to license out the application to lending institutions whilst growing the idea to a stage where it becomes the new CIBIL through influencing the insidious nature of the banking industry.

Monish comes from a small family in the outskirts of Uttarakhand where he always aspired to work for a big company at a young age. Given his family’s subsistence income, he was always pushed back and encouraged to study and work locally.

Monish also grew a big love for being around people and learning from those outside of his circles, which took him to his first job after school as a Customer Sales Assistant. He then moved to a clerical role with Bank of America in Bangalore, where he started to get his first insight into the consumer lending sector. He worked in the collections department where he saw the tangle that people got into as a result of being in debt traps and stuck in vicious poverty cycles.

Monish spent 15 years in the consumer lending sector and saw that banks were not looking for ways to approve loans but how they could disapprove them, even though consumers were willing and capable of getting access to formal credit. He then moved to the Technology side of Banking to see how new technologies were being leveraged to get into new markets and serve more customers.

Monish started his own BPO in India before starting Datasigns and it was during this experience that he felt the frustrations of being on other side of credit, with limited access and stringent processes to follow.

Monish founded Datasigns in 2016 in which he is using Technology optimally to serve underserved and unserved markets. He has built a strong team of individuals who are driven by a shared vision and passion to make consumer lending more open to everyone.