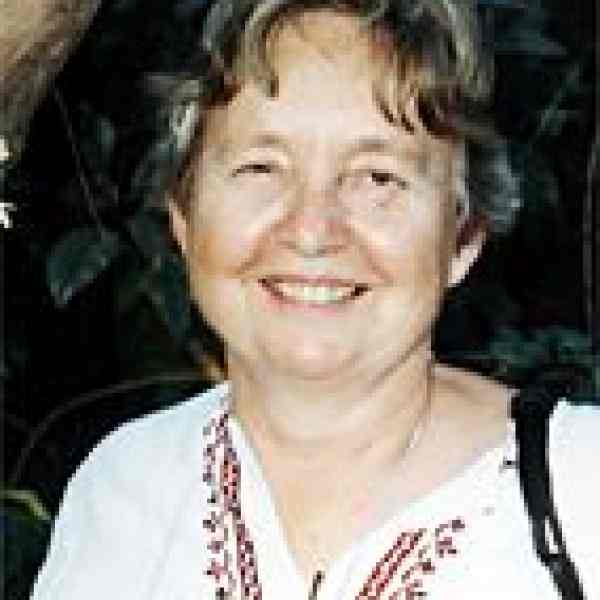 Maxine Berntsen is an American-born linguist who moved to India in the early 1960s, settled in Phaltan, Maharashtra, and became an Indian citizen. She is launching a model preschool and follow-up supplementary education program for poor small town and rural children, and is beginning systematically to reach out from this base to the dispirited public primary school teachers. She's also demonstrating better ways of teaching reading and associated skills in the regional language of Maharashtra, a state of 60 million people in West-central India.

Poor children need both better teaching materials and approaches, and the sort of support middle class children get before and outside school. And just as importantly, their teachers need help breaking out of their dispirited sense of failure and of being abandoned.Maxine is demonstrating in her own preschool, school, and system of nonformal education and associated help for poor children, how to give these children a chance to succeed in life. Working in the untouchable area of Phaltan, she began with a preschool program. As these children reached school age with enough of a head start to have a chance, she fought to get them into the public primary schools. She had to overcome bureaucratic barriers (e.g. the requirement to show a birth certificate), various costs (e.g. books), and deep-seated prejudices.
To help her graduates and others like them stay in school, she opened a nonformal school serving several shifts of children two hours a day to supplement the school. And she continued her role as informal champion for the children. More recently, with local financial help, she has opened a non-government primary school.
Combining her professional skill in linguistics with her increasingly comprehensive hands-on experience championing and teaching children, Maxine now has developed much of her own model of how to teach, especially how to teach reading and associated skills in Marathi.Maxine is trying to modernize the teaching of Marathi reading and associated linguistic skills. Typically reading lessons start with a long period during which students learn the language's consonants and only then go on to add the vowels. This is logical because the Devanagari script (used for Marathi and other North Indian languages) is syllabic, each consonant symbol representing the consonant sounds plus the neutral vowel, uh. Other vowels are represented by abbreviate signs jointed to the consonant characters. The result, of course, is that it's a long time before students can reach the satisfaction of actually using any but the rare consonants -- only words, let alone full sentences.
The chief official response to this criticism has been to leap to pictures and sentences. Unable to decode the components of the sentences adequately, the students memorize the sentences repeated in class when the picture appears. Maxine's approach teaches consonants and vowels together, giving students the satisfaction of using what they're learning almost immediately. She also gets her students reading and writing about their own experiences as soon as possible.
Even though such ideas require a great deal of technical work and cultural adaptation, especially given that Maxine's approach involves a great deal more than the formal curriculum, she is quick to point out that these ideas would hardly seem new in the West. "In the West there has been an enormous ferment of educators and child psychologists trying to find better ways of teaching literacy. But that has not been happening here. Educational research is almost entirely done by a state Bureau of Textbook Production and Curriculum Research."
Maxine's model has now reached the stage where she wants to reach out. In 1989 she will start gathering hard data on reading skills of first and second graders in Phaltan and the surrounding villages. The following year she will be working with select primary school teachers from Phaltan town -- using her own education institution as a demonstration as well as a research laboratory. Later she'll extend this outreach to primary teachers in the rural areas. At the same time she plans to begin speaking both to community and professional groups and to prepare both written and audio-visual materials to help others pick up her approach.
Maxine sees her use of her more-than-school model as a base for educational extension services, support, and encouragement to the dispirited though well paid government primary teachers in the surrounding areas as itself a model. The Indian government is just now launching a national program of model schools called "Navoday Vidyalaya." She criticizes it as creating a very expensive series of islands with no connection to the surrounding sea of public schools. Why not create incentives for existing schools to reach out?

Of the 85 million children who do begin primary school in India, only 25 million begin class 6 -- leaving only a small proportion of the population with even the promise of becoming effectively literate.
To have a chance, poor children need the advantages middle class children get at home -- starting with preschool and extending on to help with homework, the crisis of a lost schoolbook, health care, etc. At present, there's no institutional response that fills this need.
To have a chance, the teachers in government primary schools need help. Often licensed without adequate education, they face large classes of children, many ill-prepared and supported by poor, often illiterate parents. Although relatively well paid now, they feel they are failing, have very low status in society, and are given little support. As their students in fact fail and turn off, their morale falls further.

Maxine is attacking the problem as a whole. She'll continue building and experimenting with her pre-school, school, and school supplement complex and her Marathi literacy methodology development. Now she'll add a direct extension component, further enriching the development of her model as well as creating a possible model of educational extension. Over the next several years she'll also be testing how best to reach out beyond her small home community in India's central Deccan.

Maxine grew up in Northern Michigan, got her MA in English literature, and came to Hyderabad in 1961 to teach English. She subsequently studied linguistics and wrote her Ph.D. thesis on the class differences in the use of Marathi in Phaltan.
She set down deep roots and became an Indian citizen. Maxine has coauthored ten books to teach Marathi. She also coauthored The Experience of Hinduism: Essays on Religion in Maharashtra.