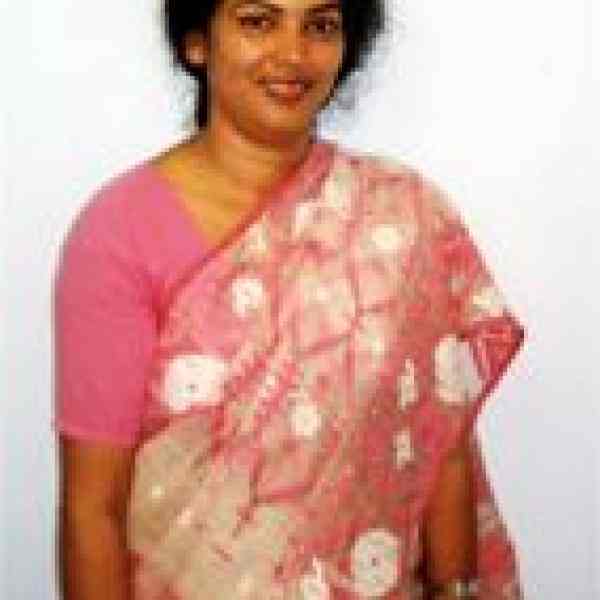 Mashuda Khatun Shefali, having overcome terrible obstacles to return to school and become a professional, is demonstrating how half a million young women garment workers can obtain safe housing while improving their self-awareness and skills. She is helping this group of Bangladeshi women develop their own economic base and emerge as truly independent actors.

Over the last decade, urban export garment industries have mushroomed in Bangladesh. Young women from the villages constitute ninety percent of this workforce. Wages run from $10 to $20 a month including overtime hours, which extend the workday from seven a.m. until well after dark. Living conditions are harsh and the adjustments these young women must make are enormous and complex.Nonetheless, the emergence of this new group of urban migrant factory workers represents an unprecedented opportunity for women, especially poor women, to achieve independent lives. The chief alternative, being a maid, often offers only room and board. Prostitution has its own shackles. As a result of the garment factories, over 500,000 young women have left their villages and the often suffocating control of their families. They are being paid, but they have to make their own living arrangements.
Shefali understands the importance of this opportunity. She had to fight to escape the constraints of a woman&#39;s role in the village, and she has worked for ten years to give young village women a chance. She comments quietly: &quot;I know many young girls who have cried when the social rules forced them to drop out of school while their brothers continued.&quot;
Yet if they do move to the city, their new environment is extremely harsh, even dangerous, not to mention unfamiliar.
Shefali set out to bring awareness and basic education to these young women. If she could help them, she felt she would be helping a new generation of more independent women emerge in the country.
To gain access to these women--a difficult problem, given their very long workdays and scattered housing--she has decided to create a series of self-sustaining safe residential hostels that will also provide food and a wide array of other services, ranging from education and health to counseling. She will be able to get other citizen organizations to provide most of these services because her hostels will give them the access to these women they too have previously found elusive.
Very importantly, the hostels will give these women a meeting place where they can share their problems and think through how to best respond together. The hostels will build unity and the women&#39;s self?confidence, the necessary precursors to change.
As these women&#39;s will to change grows, Shefali will be working to give them the tools they need. These tools include literacy, family life education, gender relations analysis, and support services from health to child care.

Studies have revealed that rapid population growth, poverty, repeated natural disasters, landlessness, and the dowry system have all contributed to the creation of this new female migrant labor force in the garment industry. These women are overworked and underpaid. They do not have benefits or job security. Up to one-third of these workers are unmarried and under fifteen years of age. They are often exploited and deprived of the most basic rights.In Dhaka, home of the industry&#39;s chief concentration of firms, the garment factories are situated in the center of the city, close to the warehouses and power supply. However, their low paid workers cannot afford to rent houses downtown. As a result, the women must rent rooms in low cost, unprotected slums generally lacking water or sanitation facilities. Even there the rents are high due to the pressure on the slum housing market. Usually these slums are situated outside of town, forcing workers to walk three to five miles every day to and from the factories. They often return home in the evening after working a twelve to eighteen hour day. Of the workers, ninety to ninety four percent do not use public transportation because they cannot afford it.
Their problems extend far beyond the terms or conditions of employment. Uprooted suddenly from a different and painfully narrow world, these poor migrants enjoy little social respect or empathy from the capital city&#39;s elite--let alone from the factory owners and managers. Although they are increasingly winning respect as hard workers (not seen unfairly as &quot;immoral women away from home&quot;) occurrences of kidnap, rape, acid burnings, women trafficking, and sexual abuse add to their fear and insecurity.

Initially, Shefali conducted a survey among the garment workers that gave her insight into the women&#39;s situation and brought her in contact with many of the workers. She used this opportunity to spread her idea among the women. Shefali started a Friday evening school as venue for education and a meeting place. However, she soon realized that many of the workers found it difficult to attend the class due to their shift duties and family and household responsibilities.It was at this point that she developed her alternative strategy to establish a working women&#39;s hostel to bring women together by providing affordable, safe accommodation (albeit in packed dormitories) and inexpensive cooked meals located near the factories. In addition to the dormitories, the hostels have a kitchen, dining room, a residence or home for its manager, and meeting space for the long list of services she or other citizen organizations will provide.
As a hostel group forms, and as she helps its members build their confidence and skills, pressure for change will grow, at first invisibly but ultimately irresistibly. Shefali confidently expects to see some of her early hostel dwellers provide some of the necessary leadership when that time comes.
She knows that one or even a handful of hostels is not going to change this giant complex of problems. However, she hopes to demonstrate that her approach is economically sound, and that these significant advances can be provided at a price these young women can afford. If she can, it will be much easier to persuade the first few companies to make analogous investments in hostels for women garments workers. Once the necessity and effectiveness of her approach is proven, it will be much harder for companies to resist possible regulatory interventions on behalf of women workers on the usual grounds that regulations will make Bangladesh uncompetitive economically.
One element of Shefali&#39;s strategy is to help her residents move up the industry&#39;s pay scale rapidly. Since the women come with few relevant skills, they begin in especially poorly paid on-the-job-training positions. Even after they have mastered the necessary skills, they commonly do not obtain a pay increase until they get a job in another factory. By providing training in sewing and cutting, Shefali will give the women a chance to earn better wages and have some job security. She will also teach them how to open a bank account and to deposit money for future security.
The first hostel opened in Dhaka in December 1991, and Shefali plans to open three others in the capital as quickly as possible. Later she hopes to spread out to other district towns starting with Chittagong and Kuhlna.

Shefali grew up in rural Bangladesh, but she escaped the prison its social traditions constitute for women for two reasons: she is a fighter, and her parents supported her.When she neared the transition from childhood, she was withdrawn from school. She resisted. She was to be married. She opposed.
Two years later she broke for freedom and went to Dhaka. Like so many other young women new to the city, she faced tremendous difficulties: she recalls trying to find a relative with whom to harbor and discovering that there were three men with her name in the office whose address she had.
She resumed her education, ultimately receiving a master&#39;s in history from Jahangir Nagar University. However, none of her accomplishments were well received by her rural neighbors. They criticized her parents severely for allowing her to deviate from the traditional female role.
Even after graduation she found it difficult to go back to her village. She nonetheless stayed long enough to establish a girl&#39;s high school.
In 1981, she got involved at the national level in the rural women&#39;s development movement through the Bangladesh Women&#39;s Rehabilitation and Welfare Foundation. Over the ensuing decade she worked with several development organizations, but kept her special personal focus on giving rural women an alternative when denied education and any life opportunities. Shefali has worked to develop skill, confidence, and leadership among poor rural women. Since many of the most enterprising among them have come to the garment factory, she is setting out to help them achieve the independence they are reaching for.