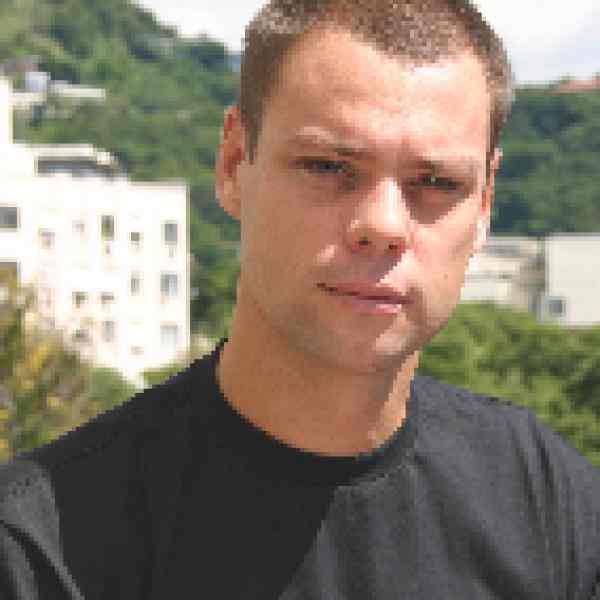 Luke Dowdney helps youngsters stay out of organized crime through a program that teaches martial arts along with life skills. He is leading an international network of organizations working to end children’s participation in gangs and other organized violence.

Luke is reducing the involvement of children in organized armed violence in Brazil and internationally. The first of Luke’s two programs offers Brazilian children the education and opportunity to choose non-violence. Luta pela Paz (Fight for Peace) is a network of community centers in Brazil’s most violent slums that teach young people basic good citizenship, coping skills, and job preparedness by engaging them in boxing and martial arts classes. These active, fun classes attract children away from participation in gangs. Every aspect of the design and implementation of these centers is rooted in Luke’s relationship with the local Brazilian community where he ran his pilot program, as well as his long-term international experience with the subject.
Luke supports and spreads his work through sophisticated international fundraising strategies. He is opening Fight for Peace boxing gyms and fitness centers in big international cities and designing a fashionable Fight for Peace music label and clothing brand to raise funds and help spread a culture of peace.Luke’s second initiative, Children and Youth in Organized Armed Violence (COAV), is an internet-based network of international organizations. Now a top reference in the field, the network involves practitioners in ten countries that share research, information, and best practices in ending child participation in organized violence.

The number of children around the world in gangs and organized armed groups, particularly in urban areas, continues to grow. The tactics used to attract young new members are similar to those in traditional warfare. These include recruitment strategies aimed at people aged 15 to 17, a hierarchical command structure with orders and punishments, payment for services, and the learned capacity to deal with the reality of killing or dying at any moment. Evidence shows that the death rate among children and young people involved in organized armed violence is often higher than in situations of recognized warfare. There were about 500 minors killed in armed conflict in Israel and Palestine between 1988 and 2001. In the same period, almost 4,000 children were killed by armed violence in the slums of Rio de Janeiro.Most attempts by government and the citizen sector to address this problem have failed. The Brazilian State relies on police repression, which only extends the cycle of violence. In evaluating the problem, the context in which children become involved in organized armed violence is often overlooked. The media presents an oversimplified image of favela communities, portraying children as dangerous criminals involved in drug trading and violence. In reality, factors that lead children and youth to engage in organized armed groups include poverty, a lack of education, few job opportunities, social and racial discrimination, low self-esteem, feelings of marginalization, the need for protection against the police or other gangs, dysfunctional families, and absence of accessible public leisure facilities. Unless these factors are addressed through well-integrated, long-term solutions, youth involvement in organized armed violence will persist.

Luke Dowdney was born and raised in London. He was selected for a scholarship to an elite school when he was only 11. During that period he was bullied by older boys at the school. He felt very lonely and joined the school’s Christian group as a survival strategy. He also began to practice boxing and later won the British Universities Championship, which gave him much-needed self-confidence.At 16, Luke went back to public education and, two years later, decided to volunteer in Nepal. It was his first experience in social work. He initially taught English, but then began working with sports-related activities. He returned to Nepal as a volunteer every year for the next 5 years, and raised funds among college friends to help the school where he taught. With the funds he raised, he and a local organization were able to build three buildings: a science lab, a library and a student dormitory. Luke coordinated groups of volunteers that spent 4 or 5 weeks in Nepal building with local workers. As a university student, Luke came to Brazil as a volunteer with the Street Children’s National Movement in Recife. After working in Brazil for 8 months, two youths he had come to know very well were murdered. Witnessing the violence afflicting children, he became deeply involved with human rights issues.In 1997, Luke moved to Rio de Janeiro and began volunteering with Viva Rio to design educational programs for slum children and youth, where he was touched by their increasing involvement in drug trafficking and victimization by abusive police. He felt that the programs targeting children and youth affected by armed violence were inadequate. Fight for Peace allowed Luke to establish himself in the Brazilian social sector and create stable projects that are now ready for next steps.