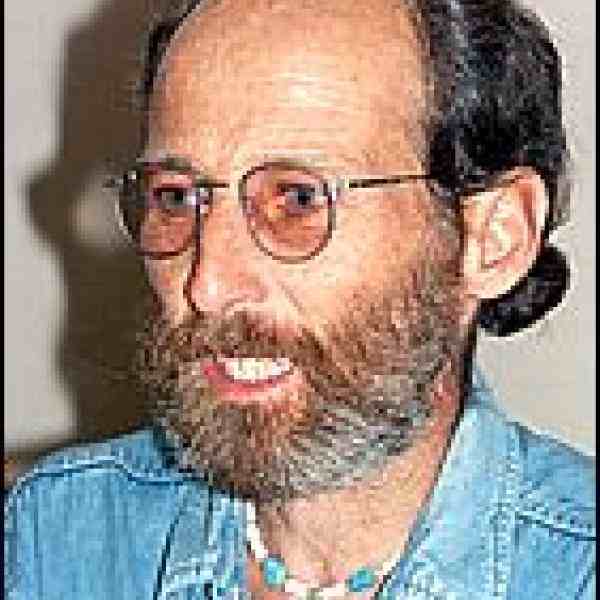 In the Patagonian forests of southern Argentina, Lucas Chiappe, a photographer, farmer and environmentalist, has developed an innovative program to protect and link the sub-Antarctic ancient forests of Chile, Argentina, New Zealand, and Australia. In Patagonia during the initial stage of that effort, he has established independent and self-sustaining local groups throughout the region working to educate citizens, publicize the problem of environmental degradation, form relationships with appropriate government institutions and apply constant pressure on the government to establish a chain of protected natural areas in the region.

Through Project Lemu, a nongovernmental initiative that he has long headed, Lucas Chiappe has launched a successful grassroots campaign in the southern cone of Latin America to protect and restore ancient forests, watersheds and such life support systems as clean air, water and soil. Lucas' innovative idea is to create an International Sanctuary for Sub-Antarctic forests, south of Parallel 40, starting in the Patagonian region of Argentina. The proposed sanctuary will eventually encompass the relevant areas of Argentina, Chile, New Zealand, and Australia-the four countries with sub-Antarctic temperate forests.

The initial aim of Project Lemu is to link native Patagonian forests, from the northern border of Lanin National Park in the province of Neuquén to the southern border of Los Alerces National Park in the province of Chubut. This corridor will create a protected area spanning four national parks (Lanin, Nahuel Huapi, Lago Puelo and Los Alerces), two provincial parks (Cerro Pirque and Río Turbio), and a recently declared protected area (Río Azul).

Despite the complex mechanisms that must be activated locally and internationally in order to realize his long-term dream, Lucas' work in Patagonia provides clear and concrete evidence of his determination and ability to achieve ambitious goals. After years of pressuring the various local governments, Project Lemu succeeded in creating the two provincial parks and protected area mentioned above. To do so, Lucas and his team employed a number of innovative strategies, including media campaigns (TV spots, radio programs, newspaper articles, publications, etc.), environmental education and teacher training programs, political lobbying, the creation of native tree nurseries and reforestation projects in every municipality and citizens' petition campaigns. A key factor in the success of that undertaking was the creation of independent, self-sustaining local groups who work to spread the ideas at the grassroots level. And the overall result was broad support for his initiative from a wide array of government agencies and nongovernmental organizations.

Lucas seeks to create an increasingly powerful network of independent, grassroots environmental leaders and to build direct links, through letters, faxes and telephone calls, between these leaders and public functionaries, collaborating organizations and the population in general. With that aim in view, Project Lemu staff visit various localities in the region and present talks, videos, slide shows, and workshops. During such visits, Lucas and his associates facilitate the creation of small groups of enthusiastic individuals who are committed to the cause of environmental protection and who then expand into larger groups in the style of Project Lemu. At a certain stage in their development, these new groups continue to receive advice and assistance from Project Lemu, but are no longer dependent on it. In this way, the groups are able to retain their local character and appeal more effectively for support from their local communities.

Project Lemu and its affiliates strive to educate the public as rapidly and fully as possible about the importance and benefits of native forests and the dangers associated with the extinction of certain native species. They pursue that task through bulletins, calendars, newsletters, teachers' guides, children's stories, music cassettes for children, posters, postcards, tee shirts, stickers and didactic games. Their messages are also spread through intensive media campaigns, including television spots, documentaries and interviews and articles in local newspapers and national magazines. In addition, Project Lemu presents workshops, conferences and audiovisual shows on a year-round basis in the nation's schools, and organizes popular festivals and eco-celebrations. Letter-writing and petition campaigns sponsored by Project Lemu serve to inform and unite the community. They have also achieved encouraging political results, including a public declaration, by the elected representatives of Tierra del Fuego, against the clear-cut forest harvest practices of a North American forest extraction company (which, Lucas notes, could not, by dint of popular pressure and regulation, behave similarly in North America).

Working in collaboration with a national information network that involves some 1,400 schools nationwide, Lucas and Project Lemu are also engaged in an educational campaign in the area's rural schools. With the aid of the National Education Ministry, they have reached most of the elementary schools from Río Negro Province to Chubut Province. As part of that endeavor, Project Lemu organizes workshops for elementary school teachers and has developed a manual on the native forests of Patagonia and teaching materials on local ecosystems.

Native tree nurseries and training centers have been established in several communities throughout the region, and at least one municipality (Trevelin) has formally committed itself to reliance on native species in its cultivation and reforestation programs. In addition, several native plant nurseries and reforestation programs have been established in two provincial universities.

A key component of Lucas' strategy is the nurturing of a congenial working relationship, characterized by dialogue rather than confrontation, with relevant government agencies. When important "victories" (e.g., the creation of new parks or reserve areas) are won, Project Lemu staff maintain a low profile that allows local communities and government officials to take credit for those achievements. Since Project Lemu began working with the General Director of Forests and Parks, it has created new reserve protection zones and has increased the number of inter-connective wildlife corridors between the reserve areas. In 1993, as a direct consequence of intensive education and lobbying efforts by Project Lemu, the Chubut Forest Department created the region's first provincial park (in Epuyen-Mount Pirque). A second park (surrounding Lake Epuyen) was recently established, and a third is planned. Project Lemu has initiated training programs for park guards, and permanent guards have been placed in the two parks that are now in operation.

The four national parks and three provincial parks connected by wildlife corridors will provide the launching platform for the creation of an International Sanctuary for Sub-Antarctic Forests that will include the relevant areas of Argentina, Chile, New Zealand and Australia. Project Lemu has joined forces with its Chilean counterpart, Los Defensores del Bosque Chileno, in an international effort to launch the Sanctuary of Sub-Antarctic Forests, South of Parallel 40. In August 1996, Lucas participated in an international environmental congress sponsored by the World Wildlife Fund, where his idea for a sanctuary was well-received by other participating organizations.

Lucas is an individual of tremendous drive, humility and talent, and his current work reflects a broad array of interests and achievements.

During one of Argentina's unsavory military regimes, Lucas and his wife left the country and lived in Europe, India and various Latin American nations. They supported themselves through odd jobs until Lucas began working as a journalist and photographer. In 1976, they returned to Argentina and settled in Epuyen Valley, where Lucas joined others in the area in a lengthy, but ultimately successful, campaign to prevent the construction of a large dam that would have flooded most of the valley (and their own home) under 35 meters of water. In 1979, building on that accomplishment, Lucas and a handful of fellow inhabitants of the southern valleys in Patagonia formed Project Lemu, and he has served as that venture's full-time director since its inception.

In a country in which party membership is a requirement for political office, Lucas became one of the founders of a local political party that won the municipal elections in Epuyen in 1987. During the four years that that party held office, Epuyen became a vigorous opponent of waste disposal sites in its province and the first Argentine municipality to declare itself a nuclear free zone. During that period, the municipal government also prohibited the use of a number of dangerous pesticides, designed a long-term urban and rural development plan and created the first laws protecting the shores of local rivers, lakes, and creeks.

In May 1993, Lucas received honorable mention in the area of environmental protection in the Rolex Awards for Enterprise (thereby becoming the first South American environmentalist to be honored by that program since its inception in 1976). The publicity surrounding the Rolex Award gave Lucas and Project Lemu new visibility and helped disseminate their ideas. In October of the same year, Lucas was awarded one of Argentina's foremost ecological honors, the Faro del Fin de Mundo, for his work in the protection of native forests. Lucas' efforts have continued to attract substantial national and international attention, and he recently obtained funding from World Wildlife Fund International and UNICEF for Project Lemu's various publications.

As a journalist, Lucas has published numerous articles, and his photographic work has recently appeared in a book entitled Images from a Dream. He is a member of the local Council for Environmental Protection and Tourism, and he teaches ecology in local schools. For the last few years, he has also been gathering the oral history of the Epuyen Valley. He is the father of five children and has recently become a grandfather.