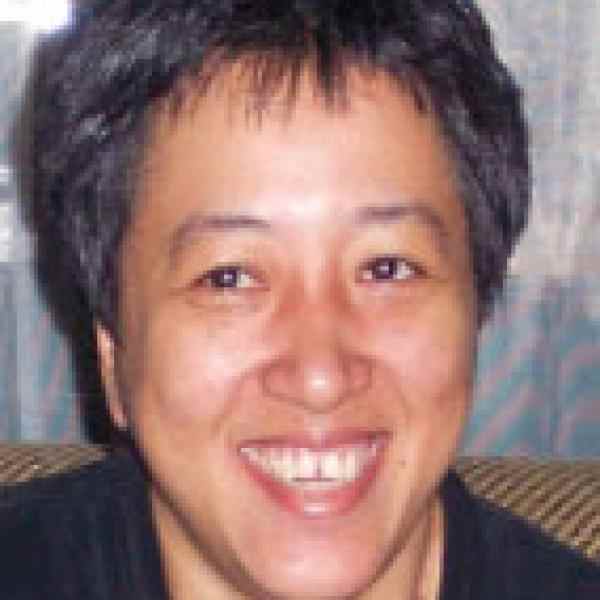 Lita Anggraini brings marginalized domestic workers back into Indonesian society. She does this by educating workers, raising public awareness of the issues that affect them, and changing the laws so that the state recognizes, appreciates, and protects their rights as workers, persons, citizens, and women—leading to a better situation for domestic workers and their relationship with employers.

In a country with more domestic workers than any other in the world, Lita has created an education system that empowers young female workers to take an active role in changing their conditions and societal attitudes toward them. Her goal is to change the way society values the contribution of domestic workers so that their rights as both workers and citizens are protected. To transform deeply ingrained attitudes toward women, women’s work, and the relationships between employers and informal employees, domestic workers must take a leading role. Lita’s new educational system teaches domestic workers life skills; trains them about their rights as workers, women (because the vast majority are women), and citizens; and gives them the skills they need to negotiate fair contracts with their employers. While Lita provides alternative learning opportunities, she has designed her system to encourage young domestic workers to seek more formal educational opportunities as well. The idea that domestic workers should be educated and taught to negotiate written contracts with their employers is new in Indonesia. As a result of her program, workers become more competent and more confident, and employees and employers have begun to communicate about their rights and responsibilities.
To raise awareness of the problems faced by domestic workers, Lita is helping the women to lead a public campaign. She has established a space in which domestic workers can meet to socialize, share their problems, and seek advice. With Lita’s assistance, they have organized the first-ever domestic workers’ union, which advocates for their rights. Lita realizes that ensuring those rights requires policies that guarantee legal and institutional support, as well as a shift in attitudes and relationships at the personal and societal level.
With this in mind, Lita is changing the legal status of domestic workers through both negotiated contracts and legislation on the regional and national levels. She is the founder and chairperson of a national support group which conducts research on the conditions of domestic workers throughout the country, advocates for their rights, raises awareness, and shares strategies for drafting legislation.

In urban centers throughout Indonesia, increasing numbers of women are working outside the home. This has resulted in a rising demand for domestic workers to relieve these women of the domestic duties they traditionally fulfilled. As girls in poor families tend to have more limited access to education than their brothers, their employment opportunities are also limited. Women and girls from poor rural areas often become domestic workers to ease their families’ economic burden. More than three million domestic workers are currently employed in Indonesia, almost all of them informally. Ninety percent of domestic workers are female, and fully one third are girls under the age of eight-teen. Even though they contribute substantially to the economic and social wellbeing of their own families and the families in which they work, there is no legal protection for their rights or recognition of the important role they play. All of these circumstances leave them vulnerable to abuse.

Due to low levels of education, experience, and skills, many domestic workers lack the confidence to negotiate for fair working conditions. Because most have been hired informally and rely solely on an oral work agreement, if they have a work agreement at all, their fate depends on the good will of their employers. In a highly patriarchal society that devalues so-called “women’s work,” domestic workers are susceptible to unfair treatment, including very low pay, withheld or arbitrarily cut wages, long working hours, no regular time off, and poor living conditions. As young women and girls, they are especially vulnerable to physical, sexual, and psychological abuse. In cases of abuse, most domestic workers lack sufficient knowledge of their rights to access protection or legal assistance. Hidden away in private homes and apartments, domestic workers are generally isolated from others in their neighborhoods; making it difficult for them to seek advice or to organize.

Policy makers and government agencies that deal with the labor force have focused on economic development and issues facing workers in the formal sector. There is little political will or pressure to protect workers in the informal sector, nor do national labor laws provide for the legal rights of these workers. While minimum wages are regulated by regional laws, domestic workers are not recognized as part of the workforce, and therefore their wages are exempt from these laws. Without legal protection or contracts governing their employment, domestic workers are vulnerable.

Indonesian human rights campaigns, including those that advocate for the rights of laborers, women, and children, thus far haven’t embraced the issues facing domestic workers. High-profile cases of abuse may briefly catch the public’s attention, but because the roles and relationships between employer and domestic worker are considered part of the personal sphere and are taken for granted as part of the culture, recognition of the problem and progress toward real change has been limited.

Soon after she began working with domestic laborers, Lita realized that education was essential to their empowerment. She experimented with various outreach programs before establishing the School for Domestic Workers in Yogyakarta in 2003. Her system’s unique dual approach provides young domestic workers with the life skills they need to improve their work and the tools they require to understand and lobby for their rights. These women and girls have grown up in a culture in which they are expected to keep quiet and accept their fate. This means that they urgently need the confidence to speak for themselves and negotiate with their employers. Her school emphasizes women’s empowerment, care for the environment, and a healthy lifestyle.

By early 2007, the School for Domestic Workers had trained over 300 women in three skill areas: Housekeeping, infant and childcare, and home-based care for the sick and elderly. Potential employers pay school fees, while domestic workers make in-kind contributions, such as rice or other food, if they are able. Upon graduation, the women and employers receive help negotiating work contracts, which include descriptions of their work hours, holidays, and wages, as well as the rights and responsibilities of both parties.

Lita recognizes that domestic workers are isolated in private homes, with limited opportunity to socialize. This adds to their psychological burden and often prevents them from seeking help or organizing. To counteract this isolation, she set up open houses in several neighborhoods, where women workers can gather and share their experiences. Graduates of her school have become leaders in these groups.

In 2004, these informal groups joined together in a domestic workers’ union. This is Indonesia’s first union led by domestic workers, and it is officially registered with the country’s Department of Manpower. In 2007 it boasted 500 active members who promote workers’ rights through stickers, radio programs, popular theater performances, a broadly distributed quarterly bulletin, and, most recently, the first annual National Domestic Workers’ Day. The peaceful demonstrations and events of the day were widely publicized in national and local media, and increased awareness of the issues faced by domestic workers.

Young domestic workers need an outlet to express themselves. Lita’s training program in theater, writing, and drawing has spread from her school to the union, and has become the basis for public awareness campaigns. Members of the union now produce and distribute 2,000 copies of their bulletin, which highlights their writing, illustrations, and photographs. The union’s theater group uses their performances as a way to educate other domestic workers.

To bring about lasting change, Lita knows that a nationwide movement is necessary. In 2004, she established a national advocacy network for domestic workers, the National Network of Domestic Workers Advocacy (Jala PRT). The twenty-six member citizen organizations (COs) and individuals focus on a variety of issues, such as women’s rights, literacy, children’s rights, domestic violence, access to legal aid, and labor rights. All the members advocate for regional and national policies to protect domestic workers. They also take part in awareness campaigns, lobbying regional government agencies, and supporting domestic laborers. Jala PRT’s members are in the process of drafting national legislation protecting domestic workers, which they hope to have passed into law by 2011.

Lita has also successfully started schools in Yogyakarta and Jakarta. With her curriculum ready for publication, she plans to expand to three additional cities by the end of 2008 and to another four in the following year. Her curriculum has been adopted by various government agencies as the standard for domestic workers’ education in other regions. She has succeeded in convincing once-sceptical government agencies that written contracts between domestic workers and their employers are an effective tool in protecting workers’ rights. In addition to her partners within Indonesia, she shares best practices and receives support from international COs.

Lita grew up in a comfortable, upper-middle-class family in Semarang, a large port city on the north coast of Java. Although she never experienced poverty herself, it always troubled her to see the poor living conditions of the people around her. She traces her sense of social justice to the influence of her maternal grandmother, who cared deeply for her less fortunate neighbors, often helping those who were sick or in need. Lita’s own frail health as a child, combined with the strict rules her parents imposed on her, meant her activities were limited to school and Girl Scouts. Her parents expected her to follow the family tradition and find a job in the civil service after graduating, but Lita rebelled against those plans.

Her life began to change when she left home in 1988 and started studying in the Socio-Political Department of Gajah Mada University in Yogyakarta. She became deeply involved in student activism, and joined a student group that supported small farmers facing the loss of their land to dam projects and plantations. Working on human rights cases, Lita saw that women suffered the worst oppression, especially when they were poor or had migrated from rural areas to seek work. To express their concern about the injustice and abuse that women face, Lita and a group of friends founded the Yogyakarta Women’s Discussion Forum. The Suharto era of the late 1980s and early 1990s was a dangerous time for activists in Indonesia, and Lita faced pressure from the military for exposing cases of rights abuse, organizing demonstrations, and promoting gender equality.

Moved by the abuse and death of a young domestic worker in 1992, Lita and her friends decided to focus their efforts on supporting domestic workers. Lita continues to devote herself to changing the conditions for these marginalized women.