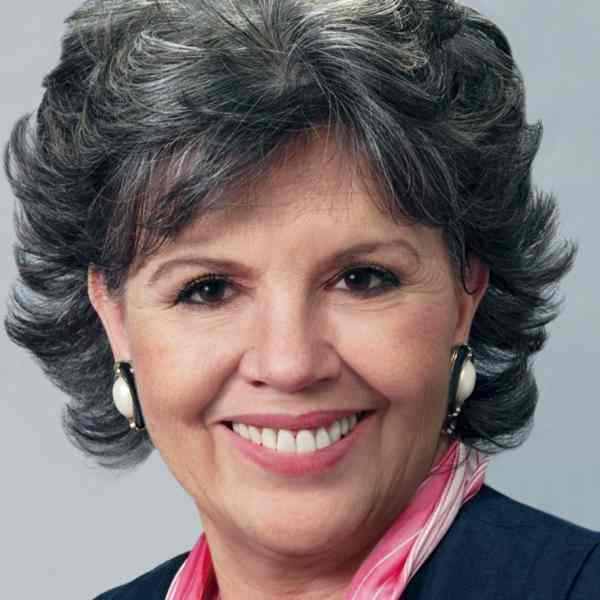 Lilia Cisneros is reducing the number of children in Mexico who suffer severe burns, and providing affordable, integrated care for the emotional and physical scars of those who have been burned.

Mexico is a young country, with half of its population under the age of eighteen. Lilia Cisneros is contributing to its children's need for safety and for assistance to recover from one of the most common childhood injuries — burns.

Most Mexican children who are burned accidentally are between the ages of one and four; untreated scar tissue can inhibit the growth and muscle development of young bodies and leave a child disabled for life. Plastic and reconstructive therapies are beyond the means of most families, so a burned child is at risk for lasting consequences that are often medically treatable, though expensive.

Lilia is behind the first nationwide nongovernmental education campaign in schools and companies to stimulate prevention of burn injuries. For children who have been burned, she has created an integrated burn care center where 1,500 children from all over the country receive not only emergency medical treatment, but also reconstructive surgery, psychological treatment and rehabilitation therapy.

It is distinguished from the first aid services that are available to most poor children by its full range of modern care, and from the private hospital resources accessible to affluent burned children because it is free. Lilia has managed to overcome the cost obstacle by forming a largely volunteer staff; she also secures funding from a government niche reserved for civil projects, which fits her conviction that society should provide all its children with the technical care they need to grow up as whole as possible.

Although in theory the state-funded Mexican public health care system provides for the medical needs of those who cannot afford private treatment, in many instances this care is far from adequate. In the midst of economic strains since the mid-1980s, the percentage of public funds allocated to the health sector has decreased considerably.

As a result, most institutions are overburdened and unable to provide specialized, quality care for their patients, especially poor patients. In the case of burn victims, the standard of care is often limited to healing wounds and preventing infection and typically relies on aggressive, painful and obsolete methods. Problems such as tissue scarring and psychological trauma are rarely considered.

Only people who can pay have access to reconstructive surgery, rehabilitation therapy and psychological treatment. Yet, particularly in children, neglected scar tissue can be disabling as well as disfiguring, causing problems such as stunted growth and muscular atrophy. This situation is even worse in rural communities where, due to the lack of adequate health services, these injuries at best receive primitive first-aid treatment.

Most burn accidents happen in the family environment, most often to boys under four years of age. But little information has been gathered and popularized on the issue of childhood burns or other injuries, and many parents remain ignorant of the numerous high-risk factors that can cause burn-related injuries to their children; thus they fail to adopt even minimal preventive measures against such accidents within their homes. Similarly, schoolteachers and businesses are ill-informed about the fire risks that threaten people on their sites.

In order to lower the incidence of burns in children and improve the quality of their care when they have been burned, Lilia arranges for children to have the best treatment available even if they are poor. She organizes public education campaigns for prevention, and she conducts research as a base for further public discussion of the problem.

Drawing upon the examples of burn centers in other countries, Lilia has developed the first integral program for the treatment of burned children in Mexico. Her center, which she founded, is named Institute for the Integral Care of Burned Children.

She works closely with a team of specialized professionals including plastic surgeons, psychologists, psychiatrists, social workers and rehabilitation therapists. Many of these professionals are volunteers; others are scholarship grantees from the government's Solidarity Program, a populist program for civil projects in which funds are allocated by the city, state and federal governments.

Lilia launched the first nationwide nongovernmental burn-prevention education campaign in schools and corporations, drawing upon the media to help get her message aired throughout the country. Through free consultation she is, for example, encouraging industrial sites to implement safety measures regarding chemical products and showing schoolteachers how to respond in case of a fire.

Her success so far is demonstrated by the response to a TV awareness campaign which began running in July of 1992, after which demand for her Institute's services increased by 80 percent. Lilia's long-term goals include influencing the way that health care professionals focus on burn treatment.

She is conducting research to develop a statistical overview and analysis of the problem in Mexico. She uses the results, along with the example provided by her center, to persuade hospitals and universities of the need for facilities for burn treatment, for doctors trained in this field and for follow-up psychological assistance for the victims.

Lilia has overseen the creation of a hospital/training center in Queretaro, a city two hours north of Mexico City, which focuses exclusively on burn victims and on the prevention of burn accidents. To make this hospital self-supporting, a private wing of the building will be rented to private physicians who will also be invited to participate in Lilia's program. A helicopter ambulance will help ensure immediate aid and will be able to serve a much wider area than would otherwise be possible. The property for this project was donated by the State Government of Queretaro, and Lilia initiated a massive fund-raising campaign to come up with the $3.3 million needed for construction.

Lilia has always been concerned about social injustice and once organized a program to teach skills and self-respect to a group of at-risk boys from low-income families. Acting as their mentor for a number of years, she came to realize that her love for children and her dedication to helping them was a priority in her life. Lilia is a lawyer by profession.

For many years, she practiced law, taught courses at a private university, and worked for a governmental institution developing an education-communication program. Then, having initially been invited to organize a prevention campaign against burn-related accidents because of her broad experience in the field of communications, she extended her interest and energies to establish the more comprehensive program she now directs.